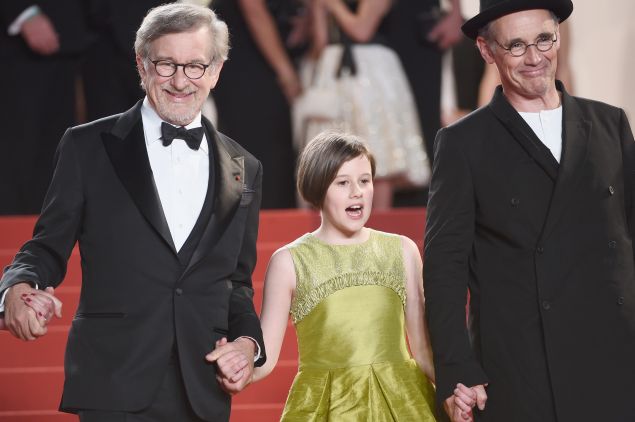 “This is a nightmare!” moaned a harried American in the posh Carlton Hotel’s Salon Californie as a French flack fingered haplessly through a pile of small white envelopes. Her two tickets to the evening black-tie world premiere and beachside after-party for Steven Spielberg’ The BFG were missing, the U.S. publicist was on her mobile’s speakerphone patiently trying to sort it out, and a car was idling outside waiting to whisk them away. “I’ve got a dress ready and I’m doing my hair for tonight. This needs to happen!”

In the bubble of Cannes, looming global jihadist threats cause nothing quite like the terror of being shut out of a glitzy event. (In the adjacent room, the small voice of a dazed Australian journalist simply said, “Party? What party?’) Today was Spielberg day on the Croisette, and the deepening throngs outside the Palais des Festivals were even more chaotic, as both ticketholders and the press corps jostled into the film’s non-celeb afternoon screening.

But once the lights dimmed in the 2,300-seat Lumière Theater, the director’s magic touch came in fits and starts. A dramatically toothless wonder to behold, the $100 million Disney adaptation of the 1982 Roald Dahl book revels in a few of the famously hard-edged writer’s dark, profane moments but otherwise keeps the action sweet and safe.

Undeniably magical, though, was the film’s 24-foot-tall titular hero, a computer-generated behemoth whose real animation is due in great part to the deeply empathetic motion-capture contributions of British stage actor Mark Rylance (fresh off an Oscar win earlier this year for his turn in last fall’s Spielberg drama Bridge of Spies). Soulful and winsome, Mr. Rylance gives the Big Friendly Giant both stature and vulnerability in equal measure, and gives his interactions with “human bean” newcomer Ruby Barnhill (as the impulsively kidnapped orphan Sophie who befriends her captor) a wry, touching melancholy.

Though quite faithful to the book, this adaptation doesn’t deliver much of a dramatically cathartic story arc but is happy enough to simply string together cute, vivid set pieces—such as the BFG’s vast collection of dreams, ectoplasmic spasms of fluorescent light carefully labeled and jarred in a secret vault hidden behind an underground waterfall; or an oversized breakfast with the Queen at Buckingham Palace where the BFG shovels platefuls of eggs and toast into his gaping mouth. Those grand moments easily dwarf the tepid dramatic tension derived from clashes with the other giants, colossal cannibals (brought to jolly life by comic actors such as Jemaine Clement and Bill Hader) who keep sniffing Sophie’s presence and bullying the comparatively runtish BFG.

One highlight of the book, which thankfully thrives in the film, is the BFG’s mangled syntax and eccentric vocabulary, calling England’s monarch “Her Majester, the Queenie” or declaring a meal scrumiddlyumptious while whizzpopping after a generous pour of Frobscottle. And kids will naturally adore Roald Dahl’s otherwise eyeball-rolling jokes about magical farts, a special effect to which Mr. Spielberg adds a green-hued glow and thunderously propulsive rumble.

When The BFG opens in the U.S. on July 1, will it be an E.T.-level success? Doubtful, despite the two acronymic films sharing the same director, screenwriter (Melissa Mathison, who died last November) and producers (Kathleen Kennedy and Frank Marshall). All were here in Cannes 34 years ago to debut the classic sci-fi fantasy about Elliot and his wayward alien chum, which made the BFG press conference an especially heartfelt homecoming for the filmmakers. “This was a wonderful reunion, and a very bittersweet time for us,” said Mr. Spielberg when asked about the Cannes parallel to his 1982 classic.

The international Q&A session was just as gentle and fawning as the movie, with Mr. Spielberg side-stepping a question about Dahl’s noted anti-semitism (“I had no idea”), effusing about the film’s inherently British DNA (“This is one movie you don’t want to cast American actors in”) and embracing an odd query about whether he had a doppelgänger living elsewhere in the universe (“Yes, there is, and he lives on the planet Bizarro”).

One reporter asked him to elaborate on the nature of dreams in his own life, since the BFG collects and delivers dreams and Mr. Spielberg co-founded the studio Dreamworks. “My dream life is my creative process,” he said. “We play in each others’ dreams and you maybe make my dreams better.” What about his actual dreams? “Oh, you mean when I sleep?” he said. “You don’t want to know that!”

Another constant in the filmmaker’s body of work is the power of magic, which is very much on display in The BFG. And Mr. Spielberg elaborated on the potentially cornball topic with a sobering insight. “All of us have to believe in magic,” he said. “Because that magic will give us hope, and that hope will make us proactive in a world that needs our attention more than ever. Hope is everything for me.” 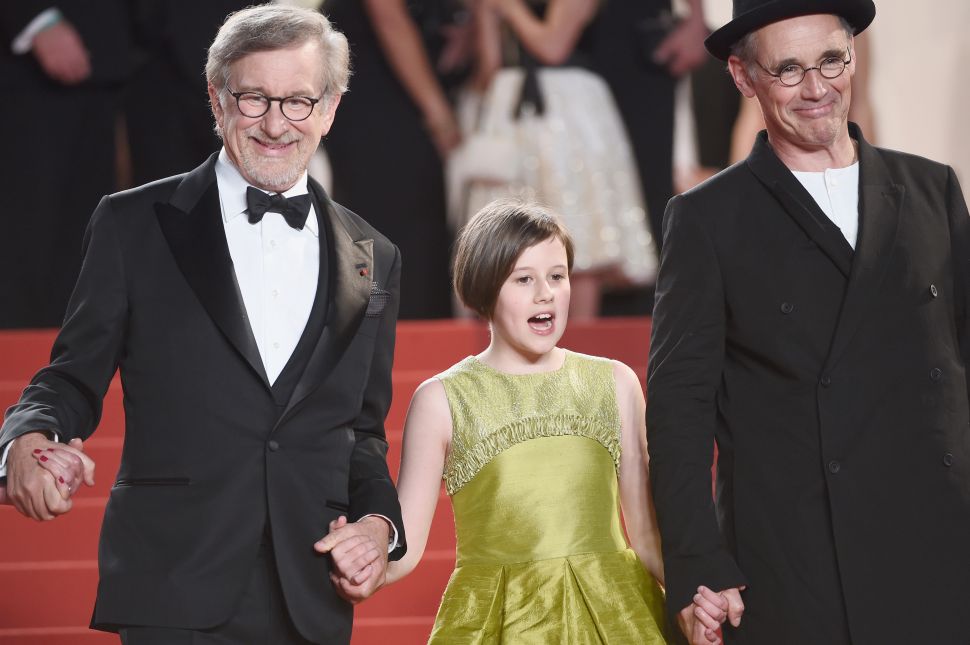