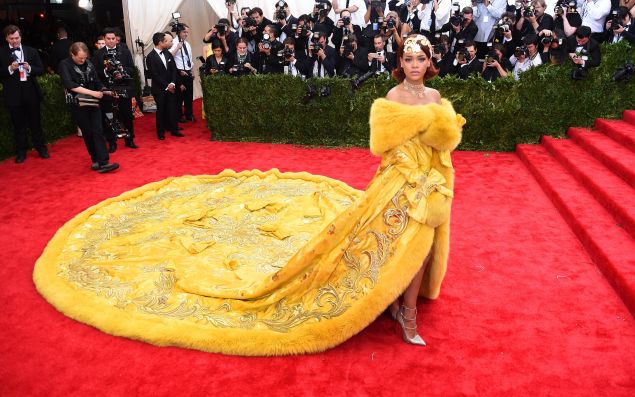 Everyone who’s anyone in the fashion sphere is currently in a state of high anticipation for the Met Gala tonight. In fact, Observer spotted Anna Wintour lurking about the Metropolitan Museum of Art yesterday afternoon, a full 24-hours before her annual blowout fundraising party is set to kick off.

While we’re still hours away from the official roll out of the red carpet, designers and celebrities are already disclosing details on what we can expect to see this evening. So far it looks like at least a handful of designers are adhering to the futuristic vibe of the evening’s theme, Manus x Machina: Fashion in an Age of Technology.

Tory Burch will be dressing Emma Roberts, Freida Pinto and Mindy Kaling in a whole lot of Swarovski crystals, some of which promise to be color-changing. Coach’s Stuart Vevers has selected Chloë Grace Moretz as his official date, but he will also be dressing Tavi Gevinson and Cynthia Erivo in custom Coach 1941 duds.

A sketch of the gown I'll be wearing tonight at the #MetGala designed by @burberry !! So excited!! #ManusxMachina #MetGala2016, #MetBall, #MetBall2016

According to Instagram, Kim Kardashian will be wearing Balmain, designed by Olivier Rousteing. This comes as a surprise to officially zero people. Eva Chen also took to her Insta to share that she will be wearing Christopher Kane tonight, along with a handful of his colorfully branded zip ties. A gorgeous snap from Naomie Harris shared a sketch of the Burberry gown she will wear

These are all the details we know for now, but watch this space for updates as the Gala’s start looms closer and closer. 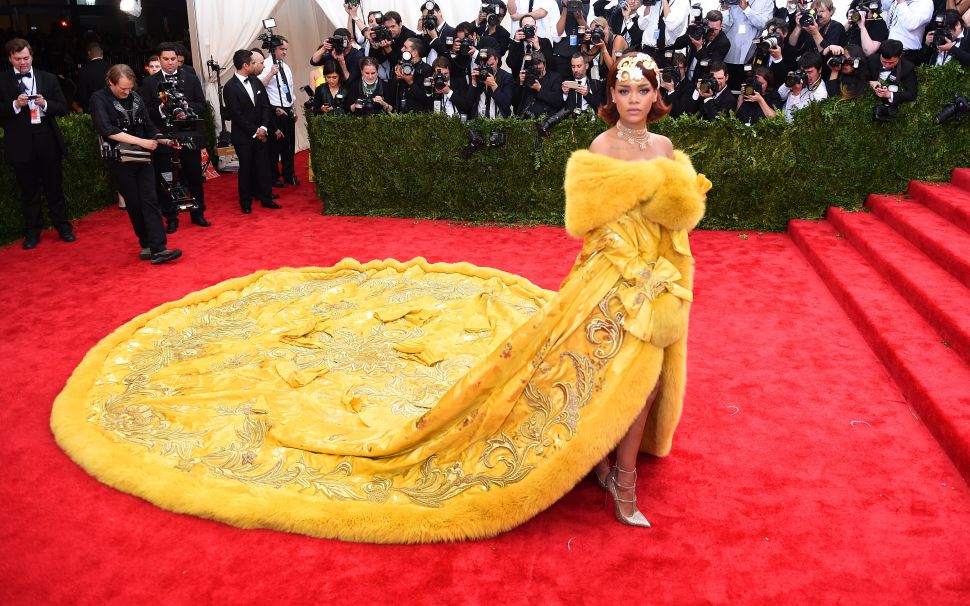