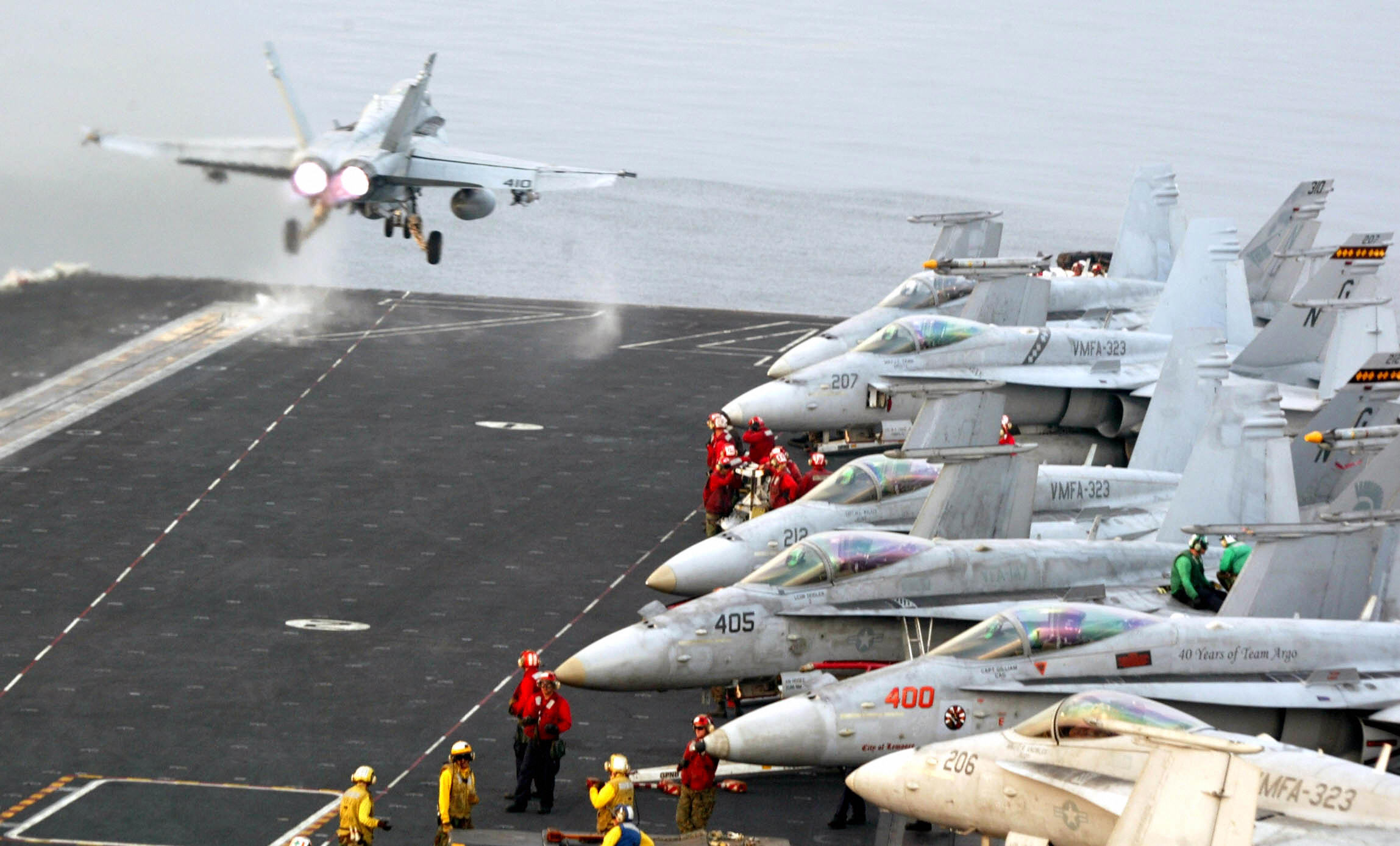 A Super Hornet takes off on board the USS John C. Stennis in the Gulf of Oman off the coast of Pakistan, 23 February 2007. (Photo: ADAM JAN/AFP/Getty Images)

Just two weeks after Russian fighter jets showed their disdain for open sea lanes and operational safety by flying within 30 feet of a U.S. Navy destroyer, China has sent a comparable message. The Chinese rejected a routine request by the Americans for a Hong Kong port visit by the carrier battle group John Stennis. The aircraft carrier and its support ships are just completing a patrol of the South China Sea, where the Chinese are building artificial islands in a heavily criticized territory grab. The Chinese rebuke to the Americans is disturbing on several levels.

The most basic is that China’s claims in the South China Sea seem headed for a pointed confrontation that may indeed become explosive. That is the assessment of one of the most knowledgeable commentators on the region, retired Navy Captain Jerry Hendrix, who is a senior fellow and the director of the Defense Strategies and Assessments Program at the Center for a New American Security. In an exclusive comment to the Observer, Dr. Hendrix—whose Ph.D. in War Studies is from Kings College, London—said, “It is becoming increasingly ‘inconvenient’ for China to participate in the global international system as a mature, responsible state. Further, the closing of Hong Kong to the outside world, denying its independent role as agreed upon with Great Britain, is also troubling. This will go hot. We as a nation are committed to the freedom of navigation on the high seas, and China is opposed.”

The closing of Hong Kong to the outside world, denying its independent role as agreed upon with Great Britain, is also troubling. This will go hot.

Exactly two years ago, the head of China’s navy, Adm. Wu Shengli, asked his American counterpart to allow Chinese officers assigned to its new aircraft carrier to board an American carrier to learn about maintenance and operational procedures. Although the Obama administration—desperate for foreign policy success somewhere—seriously considered the overture, more experienced heads prevailed and access was denied. The hard-earned experience learned in the air and on the deck—and sometimes paid for in lives—were not to be given away lightly. Apparently the Chinese took this as a snub, and decided that denying Stennis a port call in Hong Kong was an appropriate tit for tat.

As Congressman Randy Forbes, the chairman of the House Armed Services Sub-Committee on Seapower told the Observer, “The Stennis was providing a stabilizing presence in an increasingly unstable region. Our allies want us there, and the role we play is vital. That China might think that denying crewmembers some well-deserved R&R could deter us from our mission underscores just how badly Beijing is misjudging the situation. The U.S. needs to reinforce our strategy of keeping the sea lanes open and ensuring that China follows the rule of law. Sending that message clearly and unequivocally to Beijing, and our allies and partners in the region, is essential.” 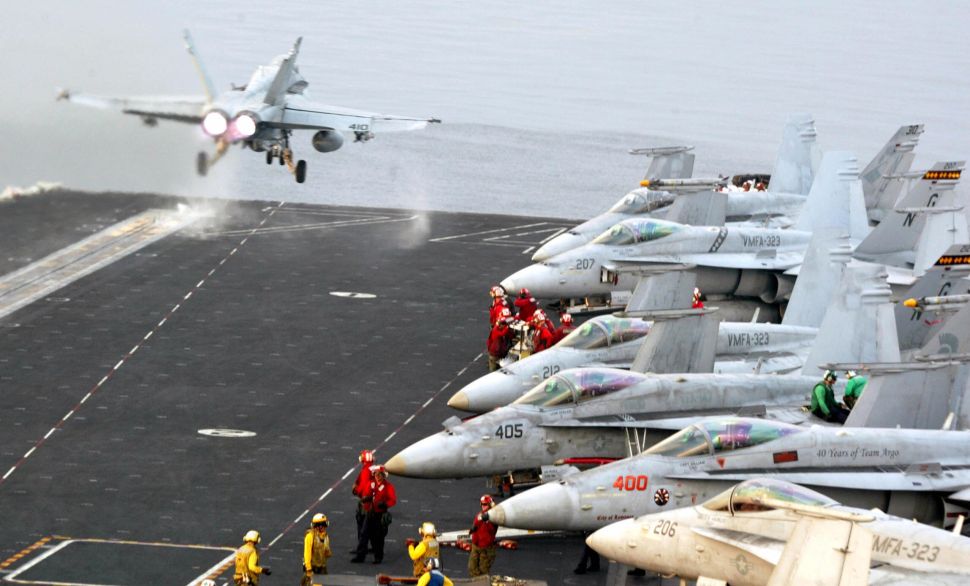