Seeing Ben Whishaw in person, it’s understandable why he’s often been cast as the forlorn lover. He’s slight, with dark eyes and the type of face that appears as though it should belong to some forgotten German prince or cast on an antique coin. Even with a full beard—which he’s currently sporting for his Broadway debut as John Proctor in The Crucible—and dressed in flannel, his vibe comes off as less “Brooklyn hipster” and more “Romantic figure wandering the misty moors.”

Ben Whishaw began his career in 2004, the year after he graduated from the Royal Academy of Dramatic Art, when he starred in the title role of Hamlet on the West End. Since then, Ben Whishaw has stealthily become one of Britain’s most prolific actors, sliding from stage to screen, indie to big budget, acquiring fans for both his versatility and his Byronic looks. He might be the only man in history to have portrayed both Hamlet and the talking bear Paddington.

In addition to his role in The Crucible, I spoke to Ben Whishaw about co-starring in director Yorgos Lanthimos’ premiere English-language film, The Lobster, an absurdist dark comedy about a dystopian future in which those who are unable to fall in love are forcibly transformed into an animal of their choosing. The film is quirky, unexpected and whip-smart, just like the actor who’s gone from British stage actor to bona fide movie star.

What attracted you to your role in The Lobster?

I liked it from the opening image of a woman coming out of a car and shooting a donkey in a field. You don’t know she’s doing it or what it means, and it’s never referred to ever again. And I just found it completely original. I liked that it doesn’t force you into anything; it just lets you think around it. You’ve got to figure some things out for yourself. It’s not bashing you over the head with a message or a point or something like that, but it’s exploring something and you have to enter it. And there’s space for you to think in it.

It’s almost like a play in some ways—how it starts you in the middle and lets you just catch on.

Yes. I also think it’s very funny. Both times I’ve seen it, I’ve felt something a bit different. The first time I found it very funny and sort of strangely romantic by the end, and the second time I found it incredibly bleak.

I think it changes depending on what you bring to it, where you’re at when you’re watching it, which you can’t say of every film.

So what has been the role you were most anxious about taking? Was it Paddington Bear?

I didn’t even want to go for the audition [for Paddington]! Everything is anxious-making. It is hard when you’ve got those roles where people already have an idea in their minds of what it ought to be or feel a strong attachment to a memory of that character.

You haven’t shied away from that playing John Proctor when basically everyone’s read The Crucible in high school and so many productions have already been done. So what drew you to this production?

I wanted to do it because I’m not the normal type. I’m not the type of person who’s usually cast in that role.

Yeah! He was the last one on Broadway I think. So that was appealing. Unexpected. And I really wanted to work with [Crucible director] Ivo [van Hove]. And I’ve always really loved the play. I think it’s an amazing, amazing play. And I knew Ivo would find a way of doing it that would allow us to do it in a way that must have felt close to how it must have felt in 1953 when people first saw that play, to have something of that play.

Your character, John Proctor, is typically a very American role, and you play it with your British accent.

Initially—me and Sophie [Okonedo] and everyone else who is not American—did American accents until about the third preview. Because we didn’t set the play in any particular place or time, Ivo felt it would be worth trying doing it all in our own voices. We just liked it better.

And there’s something nice about everybody onstage just being somewhere close to themselves—which is what Ivo often wants: something transparent, not putting on lots of things. Not covering up but taking away.

So how much preparation goes into every part you play? What’s your process like when you get a new role?

It really depends what it is. For example, with someone like Yorgos on The Lobster, I didn’t do anything. Nothing at all. Because it was so specific. And he’s so completely in control of the whole thing.

With The Crucible I did research and that kind of preparation and did a lot of thinking and a lot of exploring I suppose, but the minute you start it was all irrelevant. Because you get in a room with other people and with Ivo, and he’s made certain decisions, and so it’s about often throwing things away. Because your ideas that you’ve come up with in your bedroom, they don’t often have legs. They don’t often go very far. Yeah, so it’s often a case of letting things go, I find.

Are you reading anything now?

I’m reading a book by this woman called Hannah Arendt who was sort of a political theorist-philosopher, about this bloke called Adolf Eichmann, who was a Nazi. And she famously came up with this phrase, “The banality of evil,” and it’s featured in this book. It’s about that guy being on trial and about how he was not a monster or even a criminal in any normal sense but was still a mass murderer. He was like bureaucrat, like a nothing-sort of ordinary man. Who sent millions of people to their death. And that’s what’s fascinating.

It’s frightening what people will do. It’s fascinating. And very frightening. Makes you really, really think about what you do every day without questioning, without thinking, and what the consequences of those actions might be. This guy, Eichmann, was just really interested in climbing up the next rung of the ladder of his profession. That was what was important to him! The fact that millions of people were dying somehow didn’t really feature into the picture.

Is your husband in New York with you?

Yeah. It’s nice. Yeah, it’s good. We’ve done the long distance thing often enough—it’s hard. You know, we try not to do it for too long, but it’s inevitable sometimes.

So let me just ask now: Are there things you hate when reporters ask you?

I think questions around sexuality are fine, and I understand why they’re interesting. I get annoyed when they’re prefaced with, “I’m really sorry to ask you this,” and like, I’d rather people just come out and ask.

The truth is, I suppose, sometimes it’s just not comfortable to talk about very private, personal things with someone you’ve only met for half an hour. It’s a very bizarre situation.

Oh no, no, no, no. I understand. I don’t really get annoyed by any questions. I understand why things are of interest, on the whole. The truth is, I suppose, sometimes it’s just not comfortable to talk about very private, personal things with someone you’ve only met for half an hour. It’s a very bizarre situation. And I find the one-sidedness of interviews very weird!

Maybe this kind of journalism is not so common in America, but in England there’s a lot of broad descriptions of what the person is wearing, and how they fiddled with their glass. It’s like a real, strange sort of character portrait, assassination thing they do.

I don’t care really. It’s a part of the job. And it’s an important thing to get people to see the work you’ve done, and it’s good not to moan about interviews. And most of the time they’re completely fine.

What other sort of differences have you sensed between Brits and Americans?

Oh, they’re much warmer here. Without a doubt. It’s much harder to get to know people in London, and I absolutely adore the optimism of people here, even if it doesn’t run that deep, but I like the immediate kind of, “Yay! We’re doing a play on Broadway! Let’s celebrate this!”

They don’t celebrate like that on the West End?

Oh no, no, no. It’s much more skeptical. Pessimistic.

Well, it rains a lot.

“Don’t get too big for your boots.” And, “Let’s not celebrate it until we’ve seen what it’s like.” Everything is erring on the side of caution. I love the exuberance here—it’s really very, very refreshing.

Have you seen Hamilton?

No! Can’t get a ticket for love or money. Tried to. 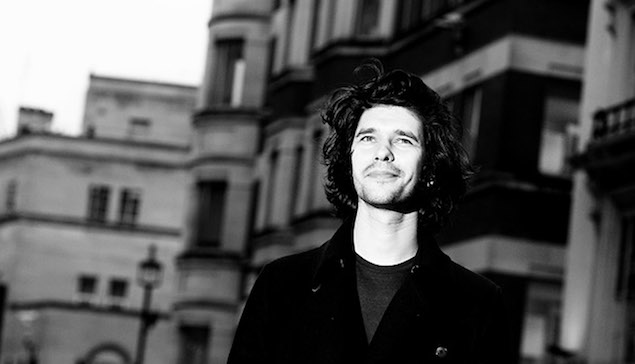