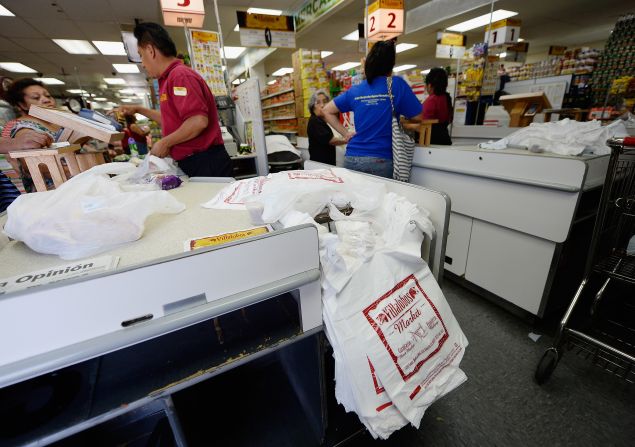 Some plastic bags in a supermarket. (Photo: Kevork Djansezian/Getty Images)

The proposed legislation, introduced by Council Members Margaret Chin and Brad Lander, would institute a five cent fee on all single-use plastic and paper bags given out in city stores in an effort to encourage the use of reusable bags and curb waste. The fee, according to the current plan, would go back to the retailer, and includes an exemption for those paying with SNAP benefits.

The discussion at last night’s town hall, organized by Council Member Laurie Cumbo of the 35th District in Brooklyn, highlighted major criticisms of the bill—namely, the potentially negative effects such a fee could have on low-income populations in the city.

Ms. Cumbo noted during the town hall that she herself is split on the issue. “The average New York goes through about 20 plastic bags a day, […] you see the bags in our trees, you see them in our waterways, and ultimately, they find themselves in our oceans, having a very negative impact on our wildlife,” she said.

However, she added, “It’s one thing as a lawmaker, who makes over $100,000 [a year] to be able to tell someone that’s making below $30,000 that this extra five cents is no big deal. I don’t want to make that decision, in that way, without hearing everything.”

The discussion began with a panel featuring the voices of a range of activists, followed by a larger dialogue open to members of the audience.

Panelist and community activist Dr. Raymond Blanchette has been a vocal critic of the legislation on the grounds that, if passed—which is likely given support from the mayor and the council speaker—the burden of the initiative would fall on vulnerable communities.

Dr. Blanchette argued that for low-income families, the fee could add up to two or three hundred dollars a year, and took specific issue with the fact that the fee would go back to stores. “[Money] that you have in your pocket for you to be able to buy Christmas presents for your children, for you to be able to put food on the table or pay rent,” he said. “Now you have to take that money out of your pocket and give it to retailers.”

But Jennie Romer, founder and director of plasticbaglaws.org and national expert on plastic bag legislation, said the aim of the bill is not to actually institute the fee.

“This is an avoidable fee. The point is not to have people pay for bags, the point is to have people reduce the amount of bags they’re using,” she said. “What we’ve seen across the country is that a very small fee of five cents leads to really dramatic reductions.”

A similar ordinance was adopted in San Jose in 2012, where Ms. Romer noted a large increase in reusable bags following the institution of the fee—helping the city go from 4 percent reusable bag use to 62 percent.

Several members of the audience, along with Dr. Blanchette, asked why the fee couldn’t be placed on the retailers themselves.

“The consumer did not introduce or request that their goods be packaged with plastic bags for delivery or carryout to their homes. It was more practical and probably more cost-effective for and by the retail industry. Now the consumer is being asked to pay for that decision,” said Rodney Reid, a member of Council District 28 in Queens. He argued that while something must be done to address environmental degradation, this specific bill should be sent back to committee.

Ms. Romer said that because the goal of the bill is to transform consumer behavior, putting the fee on retailers would not work, adding that it would also make the legislation more vulnerable to potential lawsuits from the plastic bag industry.

“We’ve looked at plastic bag laws all over the country and tried to make the best possible ordinance for New York City, and I believe that this is it,” she said, adding that, if passed, the city must work to make the legislation instituted as smoothly as possible in vulnerable areas through reusable bag giveaways and other initiatives.

This bill is set to be voted on during the pre-stated Council meeting tomorrow. The proposal, which initially called for a 10-cent fee, was introduced to the Council’s sanitation committee almost two years ago. 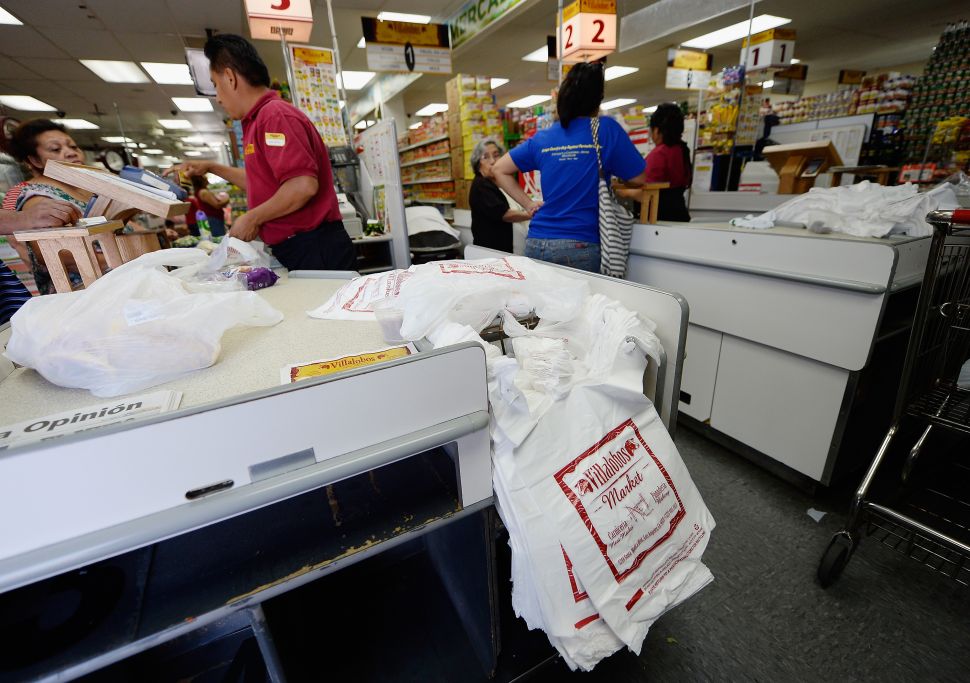