Hillary Clinton’s 2008 campaign chair, Virginia Governor Terry McAuliffe, is currently under investigation by the FBI and Department of Justice over questionable contributions to his 2013 campaign. According to a recent CNN report, the investigation—which has been going on for at least a year—calls into question Mr. McAuliffe’s service as a board member to the Clinton Global Initiative, a subsidiary of the Clinton Foundation. A $120,000 donation from a Chinese businessman, Wang Wenliang, made through U.S.-based businesses, raised red flags with investigators—along with several other donations, like the $2 million he gave the Clinton Foundation.

Governor McAuliffe is just one of several close associates to the Clintons currently under investigation for corruption. Ms. Clinton’s 2008 campaign co-chair, DNC chair Debbie Wasserman Schultz, is under immense pressure to resign thanks to her favoritism for Ms. Clinton throughout the Democratic primaries. Ms. Wasserman Schultz essentially tipped the scale against Senator Bernie Sanders, a violation of the impartiality her position at the DNC demands. Prominent Clinton supporter and New York City Mayor Bill de Blasio is also under review as part of an ongoing federal investigation into two businessmen with close ties to the mayor. The Podesta Group, implicated in the release of the Panama Papers, was founded by Tony Podesta and Hillary Clinton’s campaign chief, John Podesta. Several other prominent donors to the Clinton Foundation have also been linked to the Panama Papers, and the Clinton Foundation itself has been frequently cited as a source of money laundering and exchanging political favors for large donations.

It comes as no surprise that Hillary Clinton’s closest associates are involved in a litany of ethics violations as corruption has been the modus operandi of Ms. Clinton’s campaign for the entire duration of the primaries. Hillary Clinton has publicly vocalized support for campaign finance reform, yet owes much of her success in the primaries to the current corrupt system, which enables her to fundraise unethically, bending and possibly breaking current campaign finance laws. The Hillary Victory Fund, a joint fundraising committee between the Clinton campaign and the DNC, was recently revealed by Politico to be laundering money to the Clinton campaign to circumvent campaign finance laws. Mr. Sanders’ campaign has also highlighted additional violations and ethical breaches made by the Hillary Victory Fund.

“The financial disclosure reports on file with the Federal Election Commission indicate that the joint committee invested millions in low-dollar, online fundraising and advertising that solely benefits the Clinton campaign,” states a press release from Mr. Sanders‘ campaign. “The Sanders campaign ‘is particularly concerned that these extremely large-dollar individual contributions have been used by the Hillary Victory Fund to pay for more than $7.8 million in direct mail efforts and over $8.6 million in online advertising’ according to the letter to the DNC. Both outlays benefit the Clinton presidential campaign “by generating low-dollar contributions that flow only to HFA [Hillary for America] rather than to the DNC or any of the participating state party committees.”

In an interview with Think Progress, two campaign finance experts emphasized that what the Hillary Victory Fund has done is unprecedented and should be illegal.

“Their argument is usually that it helps the party generally, but the practical and legal reality is that it benefits Hillary Clinton. You just don’t expect this kind of thing to happen in the primaries,” Larry Noble, with the Campaign Legal Center, told Think Progress. The article noted that this type of fundraising has only been legal since 2014, when the Supreme Court, in the McCutcheon v. FEC ruling, revoked what legal protections in campaign finance law remained after the 2011 Citizens United ruling.

The Democratic National Committee has completely disregarded the democratic process by colluding with the Clinton campaign to simultaneously raise funds for itself while helping Hillary Clinton secure the presidential nomination. The Party should be pushing to reform campaign finance law—not embracing policies that allow wealthy individuals and corporations to buy off elections. While a few members of Congress push to get big money out of politics—most notably Bernie Sanders—the Democratic leadership has only strengthened its ties to wealthy and corporate donors who have hijacked the party for their own interests over the progressive agenda held by voters identifying as Democrats. 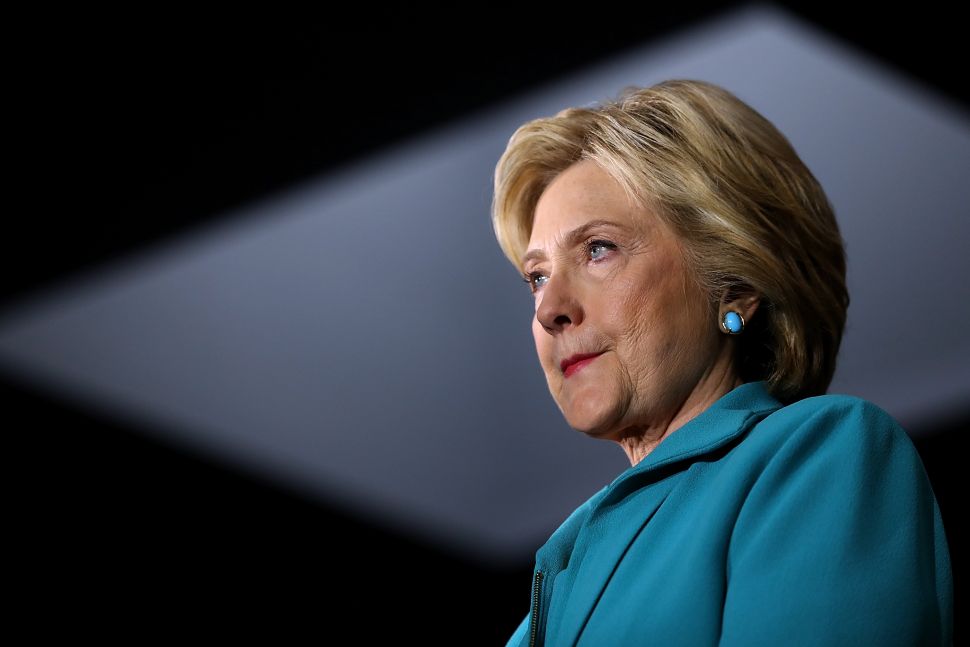