At most companies, everybody works two jobs: their actual job and the extra job of managing other people’s impressions of them to make themselves look good. In such an environment, people tend to hide their mistakes and those of others out of fear that pointing them out will lead to their own mistakes being exposed. They keep their ideas and opinions to themselves, avoid conflict, and problems and disagreements fester beneath the surface.

To me this approach is backward and unhealthy, and it stands in the way of personal development and the company’s success.

Think about it: Would you rather work at a place where people tell you what they really think about you or one where they keep it to themselves? Would you rather be able to speak your own mind or not? Which of these places do you think will produce better development for the people who work there, deeper relationships, and better results? Which approach would you prefer to see the leaders and organizations that you deal with follow?

Over time, the honesty and the idea-meritocracy creates strong relationships and makes people and the organization stronger.

In running Bridgewater Associates for nearly 40 years, I’ve seen the power of encouraging people to think independently, speak up, and work through thoughtful disagreement to determine what’s best. This culture may be unusual, but it’s also been the key to our unusual success. Working this way has allowed us to create real-life idea-meritocracy that aspires to provide meaningful work and meaningful relationships through radical truth and radical transparency.

Why are radical truth and radical transparency so important? In our game, we need independent thinkers because the consensus view is always already priced in the market so the only way to make money is to know how to successfully bet against the consensus. At the same time these independent thinkers have to be humble and open-minded because there’s a good chance of being wrong. I’ve learned the best way to improve my odds by of being right is to find smart, thoughtful people who are willing to push my thinking by disagreeing with me. And to do this, I need to both show them everything I’m seeing and expect them to tell me honestly what they’d do about it.

This doesn’t come easy. It requires mutual consideration, encouraging others to criticize, and an appreciation of those criticisms. People need to be willing to face up to their own mistakes and weaknesses. But over time, the honesty and the idea-meritocracy creates strong relationships and makes people and the organization stronger.

I spoke with Dan Roth about how it works. Listen and ask yourself: Would you enjoy working in an environment like this?

Ray Dalio is the founder, Chairman and co-Chief Investment Officer of Bridgewater Associates, the largest hedge fund in the world with $155 billion in assets under management. The firm was recently named the most successful hedge fund in the industry by LCH Investments, having made more money than any other manager for investors since its inception in 1975. This post originally appeared on LinkedIn. 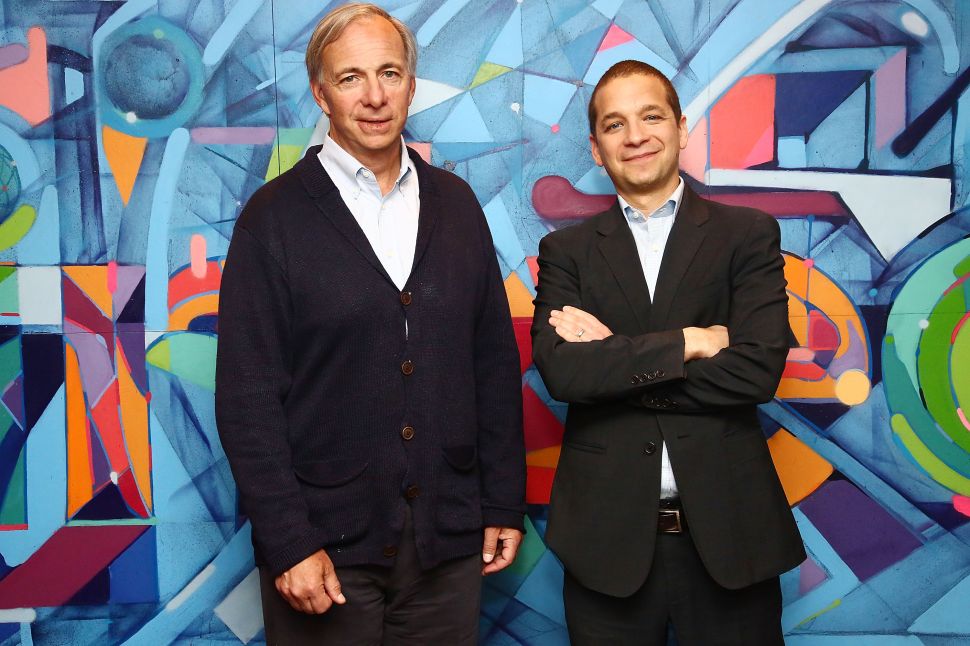