City Council Speaker Melissa Mark-Viverito said today that she would “consider” proposing a law mandating that the local legislature contain a minimum number of women.

Days after rolling out a $20 million plan to recruit more young women into city agencies and civic life, the speaker appeared on the Brian Lehrer show to lament underrepresentation of her gender in government. Ms. Mark-Viverito is one of just 14 female members of the 51-member Council—down from 18 a decade ago—and one of five term-limited in 2017.

She was receptive to the notion of a quota, which a number of countries in Europe, Africa and Asia have implemented in their national parliaments.

“I would definitely look at it. I don’t think why we shouldn’t consider that. It’s been successful in other countries, and why can’t we learn, right, from others?” she said. “We don’t have all the answers, clearly hasn’t been working for us, so we should take a look at how it has functioned and succeeded in other areas, and learn from that.”

Ms. Mark-Viverito asserted that male-dominated bodies of government, particularly white male-dominated bodies, tend to elevate white men and perpetuate male predominance in civil institutions. This, she suggested, leads to policies that either ignore or interfere with the concerns of women and minorities.

“It’s critical that our governments, that are making the laws that impact our daily lives really have a very diverse and rich representation,” she said. “So it’s gender, it’s race, it’s ethnicity, it’s experiences, so that has to be looked at. So I would be open to taking a look at how we can have that conversation, and how do we force systems to change.”

The speaker warned that the alternative to a quota system, or an aggressive effort to encourage women to run for office, would be seeing the number of women in city government continue to shrink.

“If we don’t aggressively look at how to change that dynamic, we can potentially see a situation where we have nine women in the City Council. And that is unacceptable 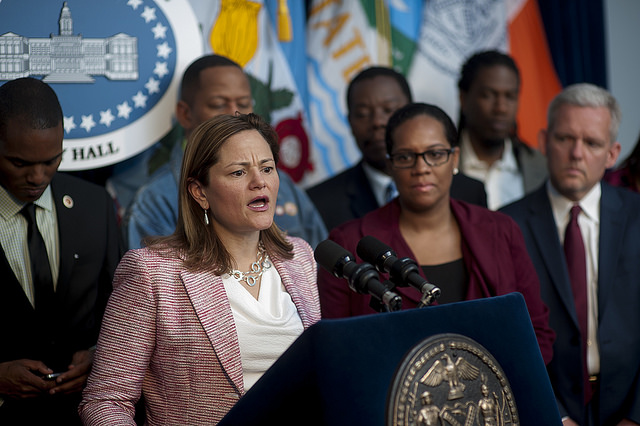