The DAO is a corporation built in code not law. The first success of what’s been called a decentralized autonomous organization, it has no staff, it is governed by software and it has already made a lot of money. But it hasn’t done anything yet. Eventually, though, it will invest the money people have put into it in other companies, and it has a lot to offer. It has attracted millions of dollars since the end of April (though none of that money is in dollars right now).

The DAO’s advent happened to coincide with the Securities and Exchange Commission’s new regulations to achieve the same ends. The American regulators scheme for equity crowdfunding—allowing normal people to buy into startups—went into effect this week, but the law might have only finally gotten around to the problem after software had solved it.

This new code-based organization went live at the same time, showing immediate traction with the masses online. They didn’t ask permission from any regulators, but it is hard to see how a bureaucrat can stop them. They have invested in a for-profit company that only exists on the internet, and all its community has to do to make it profitable is find consensus among a bajillion strangers, many of whom will remain anonymous.

As of this writing, $161 million has gone into it ($4 million since we started writing). After its funding period has subsided, its investors will collectively vote on how to spend its money. Presumably, they’ll put it into a bunch of new startups. When those startups fail, the money will be gone, but if they succeed, the DAO will get its cut.

The DAO exists on the Ethereum blockchain. Ethereum runs on a digital currency called Ether, a Bitcoin alternative with the largest total market capitalization of any cryptocurrency except Bitcoin itself, according to CoinCap (Ether crushes its nearest rival, Ripple, which the Observer reported on last year). The DAO’s investors spend Ether to buy shares.

Whether or not the DAO invests its money well, the model is already guaranteed to inspire imitators. The very fact that it has managed to organize this much money into one organization will make other people want to set up other software-based corporations that work a bit differently. The buzz around the DAO will make others online feel they missed out, and look to invest in those followers. If the government doesn’t like the model, it will have a hard time stopping these companies because they won’t be able to find the people that invested.

People have hungered for a way to invest in startup ventures they like. While the Securities and Exchange Commission has dithered on creating rules to let normal people put a few bucks into new companies, software makers have created this platform that lets anyone do it anonymously and reap the rewards (probably).

The MIT Technology Review writes that the DAO will tank based on contorted logic, writing that “picking startups to back is hard. Not even venture capitalists—generally well-paid, educated, and connected—are great at it.”

It’s like telling someone they shouldn’t try to walk through the woods because a car wouldn’t make it. The DAO is using a different strategy from VCs. VCs apply the wisdom of experts. The DAO is an experiment in the wisdom of the crowd.

In fact, the Review inadvertently makes the same point in its very next sentence, writing that “the venture capital industry has a habit of underperforming public stock markets.”

The public stock markets leverage the wisdom of the masses to price companies. We take it as gospel that those markets get the prices pretty much right, and the stock market is a much closer analogy to The DAO than venture funds are.

The DAO has its problems. For exmple, to say the DAO exists in a legal gray area is like saying that Delta Force is circumspect about public relations. With strange legal status, could the DAO seek redress in some sort of court?

On the other hand, The DAO has some curious advantages, too. Weirdly, because the $165 million that has gone in so far is Ether, the company could have considerably more money to work with by the time it makes its first investments. If lots of people buy Ether in order to take part in The DAO, then that increased demand for Ether could increase the value of the coins under The DAO’s control. Isn’t that neat? Just by existing, the DAO could turn a profit.*

In fact, it is already happening. On April 29, one Ether cost about $7.70. As of this writing, it costs about $14.40. It’s already making money, and it hasn’t done anything, but profit misses the point.

We already know that any new startup idea that attracts money in one place inspires imitation companies, so it doesn’t matter if The DAO invests successfully. It could be years before we know how good its picks were, but lots of imitators will already be in the wild long before its investments are tested (especially since the codebase is open source). The DAO succeeded as soon as it raised money. That’s all entrepreneurs needed to see.

Disclosure: This reporter owns about enough Ether and Bitcoin, combined, to buy a so-so dinner for one in Manhattan.

* NOTE: And obviously at some point the company has to do something productive with that money or it is just a pyramid scheme. Nevertheless, if it ends up having more money in dollars to invest than went into it, that is still an unfair advantage over other funds. 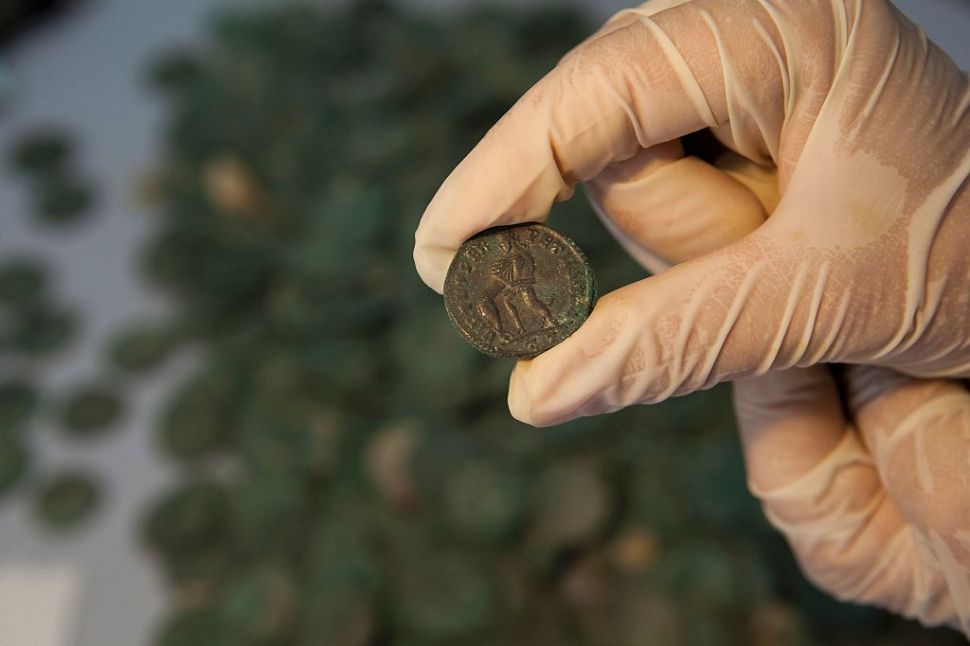