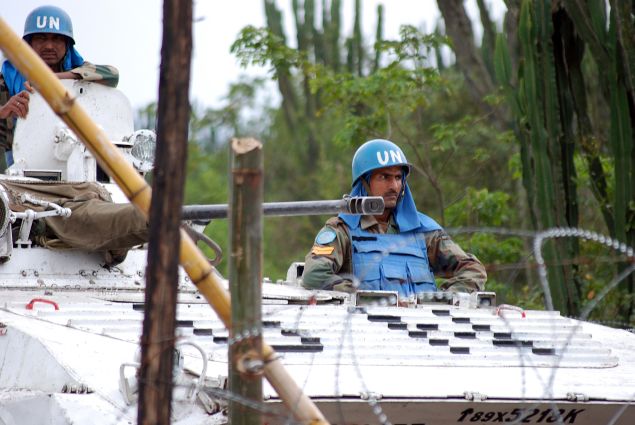 Indian peacekeepers of the Monusco, the UN mission in DRC, patrol on March 11, 2014 on a road near Tongo, some 45 km north of Goma. (Photo: ALAIN WANDIMOYI/AFP/Getty Images)

In the sanctuary of a beautiful Upper West Side synagogue there is a large banner that reads, “Remember Darfur.” We knew it referred to a genocide of horrific proportions—most estimates put the death toll at between 300,000 and 500,000 killed and 2 million to 4 million displaced. But we had trouble placing it in time (2003 to 2006), place (Western Sudan), or origin (attacks by the government-backed Janjaweed militia against ethnic minorities).

We thought about the banner because we had just been given an article from The Economist about another potential massacre brewing in another African nation we couldn’t quite place: Burundi. A land-locked nation in East Africa, bordered by Rwanda to the north, Tanzania to the east and south, and the Democratic Republic of the Congo to the west, it is home to some 11 million souls. Unfortunately, the majority Hutus are finding excuses to demonize the Tutsis. It is little wonder that the World Happiness Report 2016 Update ranked Burundi as the world’s least happy nation.

That was exactly the source of yet another half-remembered tragedy in neighboring Rwanda. In a 100-day rampage in 1994, 1 million Tutsis were slaughtered by Hutu troops. The smart young lawyer who had given us The Economist piece asked the key question: Are we going to do anything to thwart a similar carnage in Burundi?

There are 20,000 UN peacekeepers stationed across the border in Congo. But the fecklessness of the UN is well established.

The African Union considered sending in 5,000 troops to keep a fragile peace that seems ever more unlikely to hold as the current president, a Hutu, considers seeking a probably unconstitutional third term. But when the government objected, the African Union abandoned the plan. Now, more than 250,000 people have fled across borders.

The UN could do something: there are 20,000 UN peacekeepers stationed across the border in Congo. But the fecklessness of the UN is well established.

However poignant the “Remember Darfur” banner might be, as a nation we have little appetite for intervention and even less for nation-building. But do we have a moral obligation?

At the very least we should have the political capital to persuade the United Nations or the African Union to be prepared. In fact to be more than prepared: to make it clear to the ruling Hutu that the world will not countenance more ethnic cleansing.

It is more likely that the synagogue’s banner will soon have a companion: Remember Burundi. 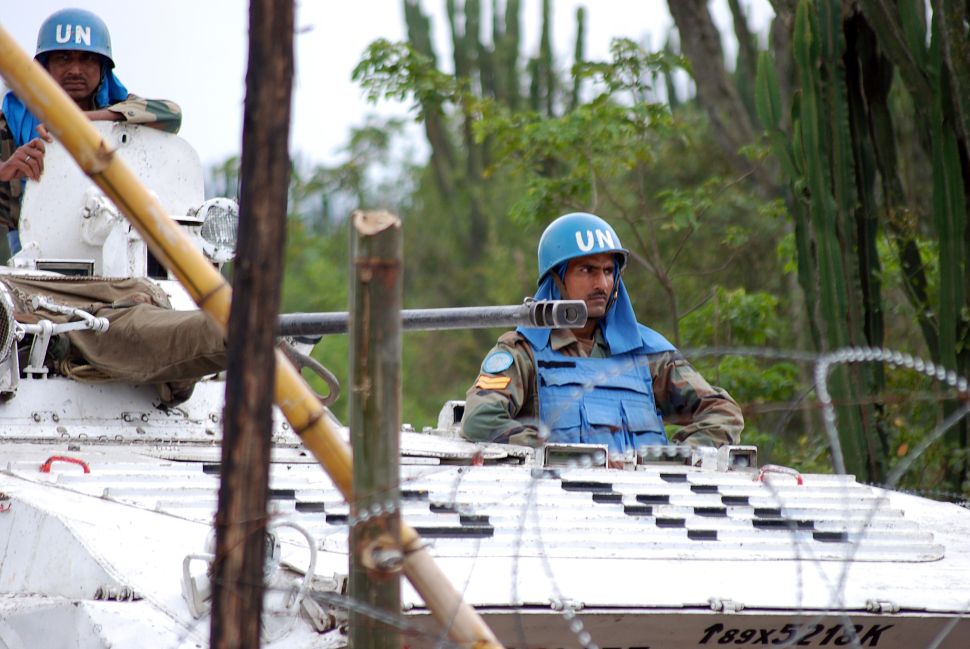