If you spend time on the Internet, you may have noticed that the way Silicon Valley is talked about is almost mythical. It’s billed as the place where the smartest people in the world gather to bring our wildest tech dreams to life—a real world tomorrowland. Recently a question has bounced around my mind. It’s a niggling feeling that just won’t go away. I want to know how worthwhile unicorn startups like Facebook, Twitter, Instagram and Evernote (to name just a few) actually are. If they all crashed tomorrow, never to return, I’m fairly certain most people wouldn’t notice any difference in their lives aside from the withdrawal of not seeing a feed.

For all these companies are valued at and reported on, many don’t actually do or produce anything. When I look further, I question if they’ve impacted anyone for the better. The answer, in most cases, is no:

Facebook allows following our friends and acquaintances. Is it life-changing? No.

Twitter shouts our thoughts to the world, but it also creates so much noise that we can’t really be heard. And don’t get me started on the lynch mob mentality the platform has produced.

Yelp allows for democratization of reviews, taking clout away from professional critics. There’s no filter, so any and all with an axe to grind, who have had a bad day, or are quite simply crappy human beings can torpedo a business because they just didn’t like it.

Uber has been a positive force in many places, but the fact that they pay their employees below minimum wage puts them right down with Walmart so far as ethics are concerned.

Instagram gives orthorexics a place to to share scantily clad pictures and their brightly-colored fruit and vegetables.

I don’t know what the hell the point of Pinterest is.

Take away any of these companies tomorrow and no one—besides marketers—is going to bat an eyelid.

These people believe far too much of their own press.

But then there are SpaceX and Tesla, two companies all the more remarkable for the fact that they stand alone in their achievements. The excitement of what they do is palpable, because someone is reaching for the stars. Tesla genuinely tries to make the world a better place by producing vehicles and technology that save the planet. Their goods—cars, batteries, rockets—actually benefit customers and the world at large. It’s easy to see what you’re buying and the value it brings. Before Elon Musk, I’d wager that the last great innovation Silicon Valley produced was the iPhone and, arguably, the iPad—the former being a genuine game changer.

It says a lot about the world right now that when you think of all the startups to make it big, most have something to do with social sharing, or “the sharing economy,” as it is now known.

But where the hell are my affordable solar panels so we can all get off the grid and stop relying on coal? Where is the startup working on fast, affordable purification for the third world? Where is the startup working on a solution to the erosion of minerals in our soil? Who is working on some kind of system to stop parents from forgetting their babies in the car on a hot day? I’d ask where the hell my affordable, non-pollution spewing car is, but it just arrived. Kudos to you, Mr. Musk, for actually doing something worthwhile.

We don’t need another social media platform. We don’t need another app that allows us to organize our notes a little bit better. We don’t need a tool that takes a slight inefficiency in our work day and makes it more efficient. In short, we don’t need more tech companies founded by well-off white guys that makes their lives just a little bit better. Oh, they’ll always talk up altruism—that they’re trying to make the world better by connecting people more easily and blah blah blah. It’s all so self-indulgent. The comedy series Silicon Valley absolutely nailed it in their first few episodes.

Here’s what the world does need from you, tech bros. We need you to actually pay your damn taxes like every other citizen and small business, instead of shifting your profits around offshore. We need you to pay your customer service and entry-level staff a decent living wage. If you aren’t going to contribute something to society in the physical sense of improving the world, at least contribute in the monetary sense like you should.

The fact this even needs to be said shows there is a completely different mentality among Silicon Valley high flyers than the rest of the world. We look at Wall Street and rightly see wolves. Look at Silicon Valley and the truth, in a lot of cases, is that they’re wolves in sheep’s clothing—with many under the delusion that they are, by default, a force for good.

One need only to look at Arianna Huffington’s sycophantic gush piece on Medium about joining the board of Uber. Many called her disgusting for supporting the company and asked how she could be so clueless. One particularly astute reader skewered the heart of the issue, commenting that she made her fortune on a platform where she doesn’t pay writers—so, it’s actually a perfect match.

Need further proof? Take a look at the “Further Future” festival. When Tech Insider asked one attendee about networking, the response was: “Few people go to the event looking for that kind of interaction. Relationships form organically.” Ah yes, how very organic the forming of a relationship must be at an event held in the middle of the dessert for the tech one percent, where they sleep in luxury pods with mattresses, airstream trailers with concierge service, and go for $250 a head Nobu tasting menu dinners (among other amenities). It’s appropriate Further Future is dubbed “TED meets Burning Man”—there’s enough hot air to set a dozen statues alight. These people believe far too much of their own press.

The entire problem with the current tech culture is that it has been run, participated in and invested in by mostly well off people. It’s little wonder we have apps like Evernote, because a better note-taking system is exactly the kind of thing someone well-off and in a good job would think to build. It’s no surprise VCs would fund such a startup, because they are the target audience. We don’t have people making cheap solar panels, or purifiers because the lack of diversity in the tech world means that no one is actually thinking of them.

I had a very telling conversation with a colleague that sums up the zeitgeist in tech. An engineer, she recently took part in a symposium designed to bring together disabled people, engineers and entrepreneurs to come up with innovative solutions to make the lives of the disabled easier. She told me there were a large amount of contributors who only produced apps. You’d think with the advances we’re making in robotics, lightweight materials and such that it would be obvious to use these advancements to make devices to assist the disabled. Why put in that kind of effort, however, when you can spend a fraction of the time (with no R&D) and come up with an app that someone might pay you a billion dollars for? Such is the arrogance that exists in this space—rather than talking to affected people and finding out what they need, tech people push and go onto the next big thing.

All the talk of disruption, of making the world better, of innovation from Silicon Valley is just a smokescreen. In most cases there is no grand plan or vision beyond earning a truckload of money. There’s nothing wrong with that per se, but stop insulting our intelligence by acting as though you’re about something more. If you’re Mark Zuckerberg and giving away most of your fortune, that’s one thing—but if you act like big business, don’t pay tax like big business, and screw employees like big business, then you are big business. Your innovation is for the most part irrelevant, because it doesn’t help anyone in a meaningful way. No matter how much you’d like to think you’re changing the world, the reality is that you do nothing more than sell a product like everyone else.

I’m well aware I’ve spent too much time being snarky on the tech world, but it’s because I honestly think we can do much better. There are real problems to solve other than making yet another platform to waste time on, sell advertising into or data mine from. I’m sure there are more than enough scientists working to come up with solutions for said problems, and paired with the right people working in the Valley right now they could be producing revolutionary solutions. Unfortunately, we might be waiting a long time—either until the problem is urgent and needs solving right now, or until governments offer incentives or investment to produce such solutions.

The reality is that startups and VCs are going to go where the easiest ROI is, and right now that’s in distracting the masses. Dig a little harder and deeper, however, and there is an untapped gold mine waiting to be harvested. 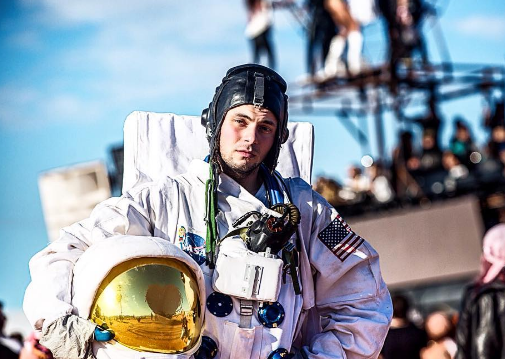