A bombshell exploded this past weekend with the White House at the epicenter. And while the repercussions should have been felt throughout America, most observers merely shrugged. The president’s deputy national security advisor, Ben Rhodes, lied to the nation repeatedly about negotiations with the Iranians over the nuclear deal. The administration told Congress and the American people that the nuclear deal was essential because it was a vehicle for Iranian moderates—whom the Obama team was supposedly negotiating with—to drive Iranian policy.

There were no Iranian moderates—certainly not in power or in discussions with John Kerry’s team. Rather, the narrative was a creation of Mr. Rhodes, who always fancied himself a novelist.

Mr. Rhodes no doubt thought himself oh-so-clever in his Times profile; he probably saw it as a job audition.

A lengthy profile of Mr. Rhodes appeared in Sunday’s New York Times Magazine. In it, Mr. Rhodes admitted to—no, he bragged about—creating a phony narrative to sell an unpopular policy initiative, and then co-opting the foreign policy establishment (which he termed the “blob”) to sell it for him. The unwitting targets—which were to become Mr. Rhodes’ “echo chamber”—included The New York Times, The Washington Post, The New Yorker,” former Secretary of State Hillary Clinton and the Obama administration’s first secretary of defense, Robert Gates.

Mr. Rhodes told the Times that the administration constructed a phony timeline to con Americans into believing the Joint Comprehensive Plan of Action was the result of “moderate” Hassan Rouhani’s election. Mr. Rouhani was no moderate. The CIA knew it; and some members of Mr. Kerry’s team knew it. But the Iranian election was painted as a contest between moderates and hard-liners. In reality, according to Mark Dubowitz of the Foundation for Defense of Democracies, it was between “hardliners and hard-hardliners.”

As soon as the deal was signed and previously frozen funds began to flow to the regime, the Iranians proceeded to behave as they have always behaved: they ramped up missile tests, denied inspectors access to sites supposedly covered by the agreement, seized American sailors on the high seas, and couldn’t find a buyer for the heavy they were required to dispose of. So they asked the U.S. to pay for it—rather than just destroy it.

It is one thing to bluff when negotiating with the opposition. It is quite another to mislead the Congress and the American people. JCPOA was approved by the slimmest of margins—it would never have been approved if submitted as a treaty as it should have been—and that approval was based on fraudulent misrepresentation by the Obama administration.

Mr. Rhodes no doubt thought himself oh-so-clever in his Times profile; he probably saw it as a job audition. Congress should hold hearings on the deception and Mr. Rhodes should be required to testify.

The Iranians continue to hedge, skirt and demand more for complying with the agreement. We need to stop throwing away good money, and stop sacrificing our, and our allies’ security for the chimera of an empty deal. 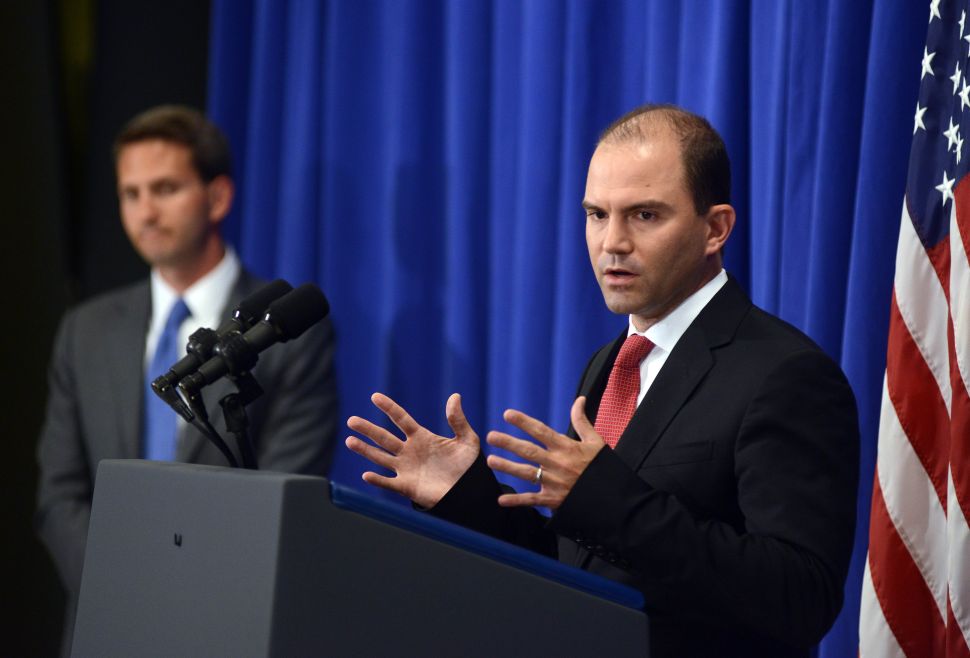