On Thursday, legislation that would implement a $15 minimum wage phase in was approved by the New Jersey General Assembly. While the bill was sponsored by Assembly Speaker Vincent Prieto, Assembly Deputy Speaker John Wisniewski, Assembly Budget Chairman Gary Schaer and Assemblywoman Cleopatra Tucker, not all of New Jersey’s assembly Democrats were on board with the bill.

The legislation (A-15) was passed in a 42-30-1 vote. Democratic dissenters included Eric Houghtaling and Assemblywoman Joann Downey from LD11. In last year’s election, the two Democrats shocked the state when they were able to pick up the seats in their district, replacing veteran Assemblywomen Caroline Casagrande and Mary Pat Angelini. Today’s vote hints to the fact that Houghtling and Downey are preparing for a very difficult reelection climate next year.

They released the following statement explaining why they did not vote to approve the bill: “We agree that New Jersey’s working families need a raise, but we cannot agree to this increase at this time.

Residents in long-neglected cities like Asbury Park, as well as the communities whose economies are still recovering from Sandy, are finally getting back hope for their long-term employment because of the return of small business. But many of these new job opportunities would be crushed under the weight of this plan. Should this increase be enacted now, these workers will be competing for only one full-time job where two could have created — or there won’t be any new jobs. Worse yet, they could see their hours cut and their positions made part-time.

Small businesses are the backbone of our economy, whether nationally, in New Jersey, or in Monmouth County. Roughly two of every three jobs being created is because of small business. We are very cognizant of the many small business owners in our district with whom we have had the opportunity to discuss this proposal, and who, it should be noted, would love nothing more than to pay their employees $15 an hour — but who currently cannot do so. In addition, we also must consider the many seasonal Shore businesses that already operate on tight margins for limited times, and who may not be able to support their staffs under this legislation.

We look forward to continuing our work toward a bill which provides both an economy-boosting raise for workers and fairness for small business owners. Until that policy is developed, however, we must vote ‘no.’”

Another Democrat who voted ‘no’ on the bill was Assemblyman Andrew Zwicker. Like Houghtling and Downey, Zwicker picked up an unexpected win over Assemblywoman Donna Simon in LD16 last November. With that win, Zwicker became the first Democrat to be elected in the district. Like his colleagues in LD11, Zwicker also faces a difficult road to reelection as Republicans try to regain control over a long-held district.

By forgoing attaching themselves to something as divisive as the $15 minimum wage boost, the assemblymembers seem to be distancing themselves from something that could lose them support from voters in battleground districts.

The bill will now be referred to the state senate. If it passes there it will make it’s way to the desk of Governor Chris Christie where it will likely face a veto. 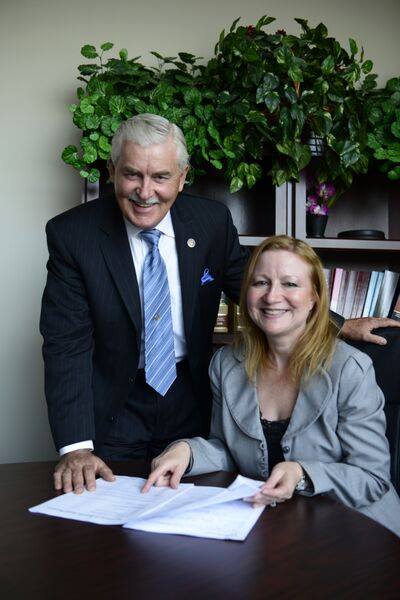