Oh, the rubber-tipped canes!  The rubber-tipped canes and wobbly walkers of aging rock ’n’ roll fans! Yet after the demise of so many rockers this past year, it was life-affirming to shuffle into the 92nd Street Y the other night with our peers to hear a talk by the very-much-alive Bronx-born crooner Dion Francis DiMucci, better known mononymously as Dion. The innocence of those early years of rock was palpable in Buttenwieser Hall. In the second row, Ruby Whitman from Croton-on-Hudson (named for her grandfather Rubin and not Dion’s song Ruby Baby, though the title didn’t hurt her allegiance), displayed all the wistful idolatry of a 14 year old, the age she was when she first fell in love with Dion’s music.  “The Wanderer.”  “Runaround Sue.” “Teenager in Love.”  All those songs defined us so sweetly,” she said. Hunkered down in the front row sat a sturdy, weathered fellow who said he’s been a friend of Dion’s for the past two decades. That’s how long he’s been procuring the backstage cannoli for his performances from Artuso Pastry on 187th Street in the Bronx.

“So your name is Willie?” we inquired, noting that his email read “bigbadwillie…. ”

The great man himself, dressed all in black with a black beret type hat once ignominiously termed a “floppy cap” by The New York Times with no regard for the man’s swaggering sense of style, is pushing 80 (he was born July 18, 1939), though he patently still has it. Just the way he swiveled the mic away and back. His syncopated manner of speaking.  Even the comfy-looking two-toned black shoes whose toes curled up. (You don’t learn details like that staying home on a Sunday night.)  Forever cool.

Anthony DeCurtis, the Grammy-award winning rock ’n’ roll journalist, did a chummy job of interlocuting. Declaring Dion an “iconic architect” of early rock whose “sensitive and intelligent” music had deepened over the years, he rolled his head dreamily, much like a teenager in love, as he listened to Dion unburden himself, fully and sincerely, on such subjects as his sobriety (he’s been clean and sober 48 years, since the death of his friend Frankie Lymon from a heroin overdose); his love of New York (“the mortar runs through my veins”); love in general (“love is a choice, an act of will”); his mother (at 102, she still gives him such advice as “Shave that beard! It makes you look old!”); his take on the lyrics of contemporaries (“You never close your eyes when you kiss?  How did the Righteous Brothers know? Their eyes had to be open, too!”); and what other rockers have the misfortune to lack (“They don’t have [his lifetime partner] Susan. I could go out every night to a restaurant with her and I’m always interested. Susan always makes me go deeper. She’s home.”)

Speaking of whom, was that Susan herself seated directly in front of us? We could sort of tell it was her from her post-foxy appearance (all in black) and the classy way she was chewing gum. (Discreetly.) We asked. She was. At which point we kind of lost it.

“OMG, you’re Runaround Sue?  The girl who ‘ran around with every single guy in town?’ Who’s managed to keep ‘the Wanderer’ happily married the past 53 years?  What are you doing these days?”

“Hmm, what am I doing?” she mused, before turning to the man beside her (Dion’s manager Dick Fox, also dressed in black). “I don’t know. Dick, what am I doing these days?”

“Running around,” he said.

“Yeah.  That’s what I’m doing. Still running around. With my grandkids.” 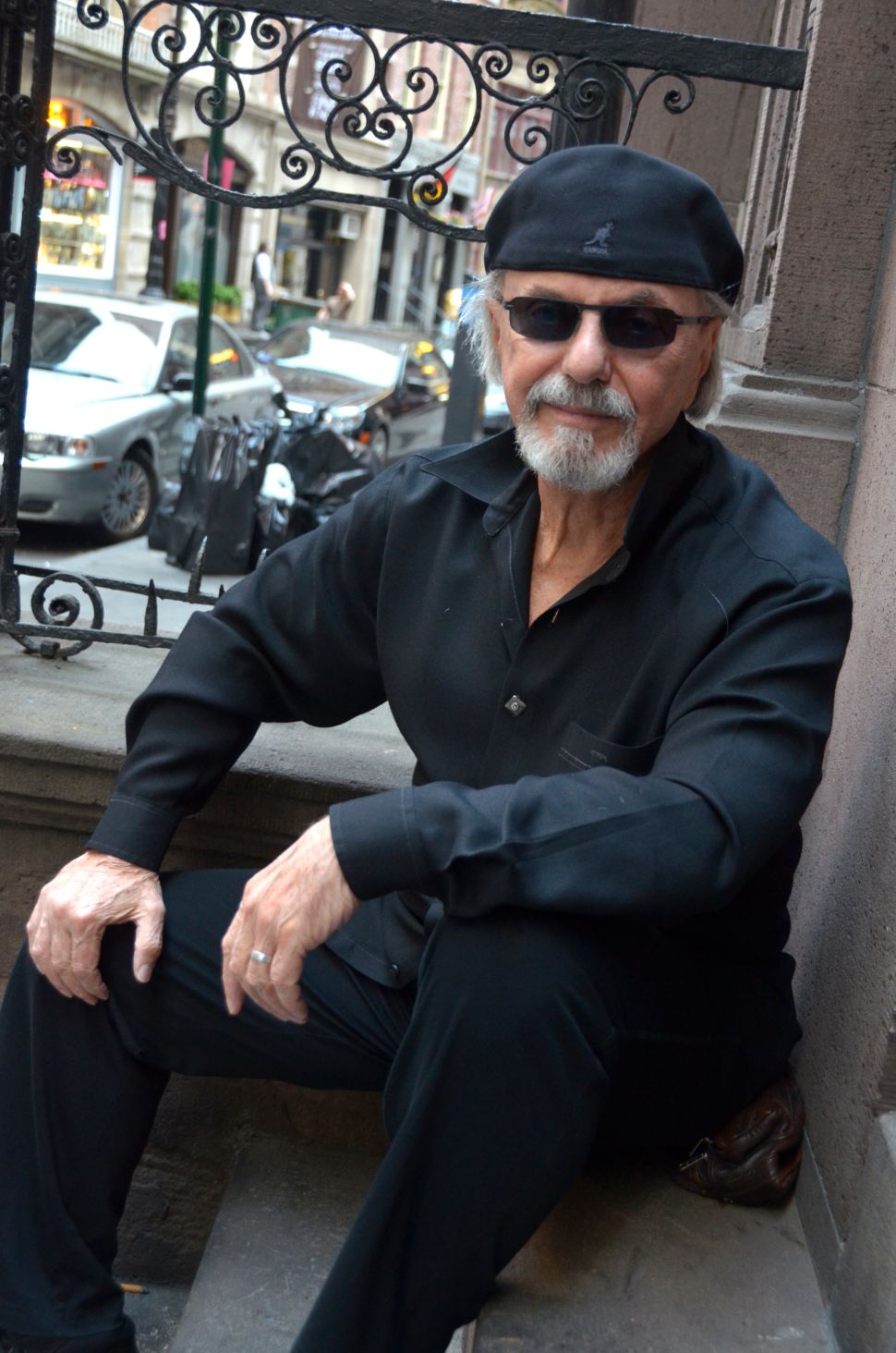