In recent months, presidential candidates have smeared one another—“con artist,” “phony” and “sniveling coward,” to list just a few verbal cudgels now hurled on the stump. Meanwhile, George Will of The Washington Post characterized Democratic policies as “Gesture Liberalism.” On the left, Paul Krugman of The New York Times, though insightful, is similarly notorious for, as The Nation put it, “his flair for condescending put-downs.” And cultural critic Leon Wieseltier recently told the Times, “I don’t believe that civility is a virtue in intellectual exchange.”

Welcome to the Dominion of Disdain.

Disdain—defined as, “The feeling that someone or something is unworthy of one’s consideration or respect; contempt”—has so suffused political and social discourse that we hardly notice it anymore. And yet, there is an unmistakable tone that has seized our public sphere that has made not only our politics but many forms of open exchange dismally disengaged from opposing viewpoints.

‘The trend toward curtailing free speech at the first sign of disdain only deepens the phenomenon: if we don’t get to hear dissenting views, the likelihood of reconsidering our assumptions and questioning our biases lessens further.’

Disdain entails belittling an idea and its adherents all in one breathless turning of the cheek, with nary a pause to consider why one might find such a contrary view attractive.

A particularly pernicious form of disdain is the refusal of student groups, usually liberal, to allow objectionable speakers to appear on campus. Even speakers as distinguished as International Monetary Fund managing director Christine Lagarde and former Secretary of State Condoleezza Rice have been “disinvited” or have pulled out from college speaking engagements following protests. The trend toward curtailing free speech at the first sign of disdain only deepens the phenomenon: if we don’t get to hear dissenting views, the likelihood of reconsidering our assumptions and questioning our biases lessens further.

American communities, voting districts and even marriages are increasingly homogenizing to reflect a single flavor of politics and socioeconomic status, and our mass media consumption is ever more pre-filtered and ideologically “pure.” In this context, knee-jerk disdain for the opposition’s views is replacing dialogue. Americans, notes Nate Cohn of the Times, are “sorting along ideological lines,” making it easier than ever to harbor unquestioned contempt. This phenomenon is frighteningly deep-rooted. You probably have violently negative Pavlovian reactions to at least two of the names “Hillary,” “Trump,” or “Cruz”—and it’s probably not a coincidence each has a reputation for sanctimony, rudeness, or entitlement (all close cousins of disdain). Each has historically low favorability ratings for likely presidential nominees, which reflects not only their intrinsic merits as candidates but also the current political discourse. Could you say anything positive about each? When was the last time you heard someone try?

Partisan issues too have become sacred cows. Orthodoxies on issue after issue, from climate skepticism to minimum wage advocacy, seem to be more driven by slogans and tweets than by nuanced argument. And that’s when the issues matter at all; often perceived identity is spark enough for disdain, driving conservatives to fling the epithet “RINO” (Republican in Name Only) at compatriots and many “BernieBro” supporters to bash Hillary-supporting Democrats. The result? Brawls at Trump rallies replace respectful political engagement.

There are legitimate places for disdain, which historically provided social reinforcement to our moral code, as in Nathaniel Hawthorne’s The Scarlet Letter. That novel, though, is instructive because Hawthorne checks our assumptions and knee-jerk judgment, and challenges us to look deeper. Absent a culture in which individuals dispassionately and independently weigh evidence and are open to prejudice-busting narratives, we find ourselves on a slippery slope to exclusionism and dehumanization of our peers that has fed such ugly historical episodes as the Salem witch trials, National Socialism and McCarthyism.

History tells us where knee-jerk disdain leads, so there should be no surprise that our culture of certainty in our own rectitude has spawned unrestrained anger and, with it, the desire to destroy. After all, no one has ever gotten angry who wasn’t certain. And if you’re certain, either you’ve already unsympathetically rejected all other viewpoints, or you never even considered them to begin with.

Other viewpoints? Who needs those? 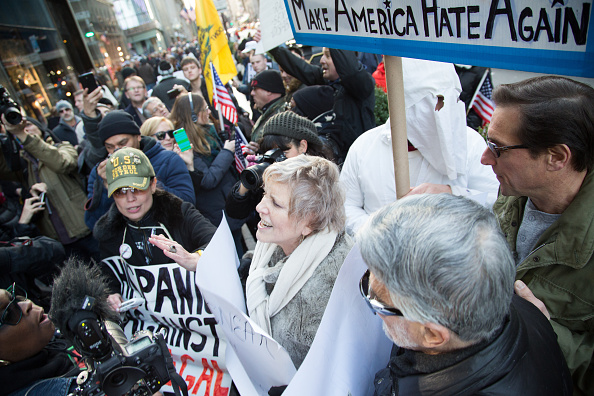