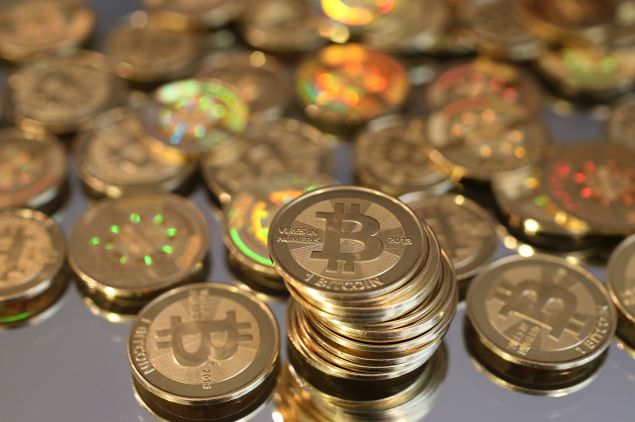 A pile of Bitcoins is shown here after Software engineer Mike Caldwell minted them in his shop on April 26, 2013 in Sandy, Utah. George Frey/Getty Images

When I first started out in the mid-1980s as a young lawyer in New York, I walked each morning across the financial district to work at the foot of Maiden Lane near the South Street Seaport. I joined vast crowds exiting the Path Train, the Lexington Avenue Subway and the Staten Island Ferry. Some were brokers and traders heading for the trading floors of the New York and American Stock Exchanges and the NYMEX. Many others were middle and back office staff entering countless offices to record, confirm and reconcile those floor trades.

Mornings downtown are much quieter today. Those front-office floor trader jobs are mostly gone, replaced by computer algorithms and automated trading. Tomorrow, many of those middle and back office jobs may also be gone, replaced by new digital technology such as distributed ledgers, commonly referred to as the “blockchain.”

The blockchain could be the biggest technological innovation in the financial services industry in a generation or more. It has the potential to link networks of legal recordkeeping the same way the Internet connects networks of data and information, increasing settlement efficiency and speed, reducing transaction costs and broadening market access.

Tomorrow, many of those middle and back office jobs may also be gone, replaced by new digital technology such as distributed ledgers, commonly referred to as the “blockchain.”

The blockchain promises benefits to market participants, consumers and governments alike. It could allow for the confirmation and transfer of virtually anything from baseball tickets and magazine subscriptions to auto repair warranties, airline loyalty rewards and apartment leases. It could empower more trustworthy voting systems, whether for proxies by corporate shareholders, customer satisfaction surveys or political candidates.

The blockchain is likely to have a broad impact on financial markets in payments, banking, securities settlement, title recording, cyber security and trade reporting and analysis. It may feature new “smart” securities and derivatives that can value themselves in real-time, report themselves to data repositories, automatically calculate and perform margin payments and even terminate themselves upon counterparty default.

The blockchain will likely help financial firms manage the enormous operational, transactional and capital complexities brought about by the disparate mandates, regulations and capital requirements imposed since the financial crisis. It could help financial firms save as much as $20 billion in infrastructure and operational costs each year, lower settlement costs by a third and cut capital requirements by $120 billion.

The blockchain could also help market regulators oversee markets and participant behavior. It will likely elevate market oversight from books and records of individual firms to an immutable system-of-record of an entire market – an enormous advance.

Still, the blockchain revolution will not come without adverse consequences, including a likely drop in the human capital that supports the recordkeeping and transaction processing of today’s financial markets. It is forecasted that retail banking automation including blockchain could spur a 30 percent loss of banking jobs across the U.S. and Europe over the next decade, the equivalent of eliminating nearly two million workers. For New York, it will be the end of another era in the evolution of its trading markets and the working life of this great city.

Because of the technological transformation of banking and markets, it is no wonder then that overseas financial centers faced with the loss of jobs are taking affirmative steps to attract a new generation of financial technology or “FinTech” firms and the jobs they create. Last month, a senior official said that the UK government will work to ensure that Britain “continues to be the best place in the world to be a FinTech company.”

Investment in the British FinTech sector already exceeds that of New York. One key reason is the relative simplicity, transparency and innovation-friendly approach of British regulators. The UK’s Financial Conduct Authority helps FinTech companies navigate its regulatory framework with best-in-class programs such as Project Innovate, featuring a “Regulatory Sandbox” where firms test new technologies and business models without fear of regulatory fines and enforcement actions. Financial market regulators in Singapore, Japan and Australia are following the British lead.

It will likely elevate market oversight from books and records of individual firms to an immutable system-of-record of an entire market – an enormous advance.

In contrast, U.S. regulatory frameworks are seen as complex, conservative and, in some respects, opaque with limited regulatory initiatives directed towards FinTech. U.S. regulators too often say to innovators, “No, our rules do not let you do that. Change your business model.” Meanwhile, competing overseas regulators say, “Your innovation looks helpful to markets and market participants. Let’s see how our rules can be adapted and still achieve core policy goals.”

U.S. politicians and policy makers concerned about the rapid loss of jobs in the financial services industry, especially in the New York City area, must become more welcoming to blockchain and FinTech innovation and the well-paying jobs that will surely follow.

Fortunately, there is a good model for development of the blockchain – the “do no harm” approach to the early Internet. The Telecommunications Act of 1996 and the 1997 Clinton administration “Framework for Global Electronic Commerce” were clear: the private sector should lead. Governments and regulators should avoid undue restrictions, support predictable, consistent and simple legal frameworks and respect the “bottom-up” nature of the technology and its development in a global marketplace. This “do no harm” model served as the enlightened regulatory underpinning of the Internet that brought about such profound changes to human society and created many new businesses.

I recently called for a “do no harm” approach to blockchain and FinTech innovation. I outlined practical steps for U.S. regulators: employ FinTech savvy regulatory staff, give FinTech firms “breathing room” to develop, collaborate in FinTech experiments, listen and learn where rules need to be adapted for technical advances and collaborate with other regulators here and abroad.

The time is at hand for U.S. financial market regulators to take these affirmative steps and “do no harm” to further FinTech innovation for the betterment of our financial markets, their effective oversight and the American jobs they support – right here in New York City.

Christopher Giancarlo was nominated by President Obama on August 1, 2013, and was sworn in as a Commissioner of the U.S. Commodity Futures Trading Commission on June 16, 2014. Follow him on Twitter @giancarloCFTC. 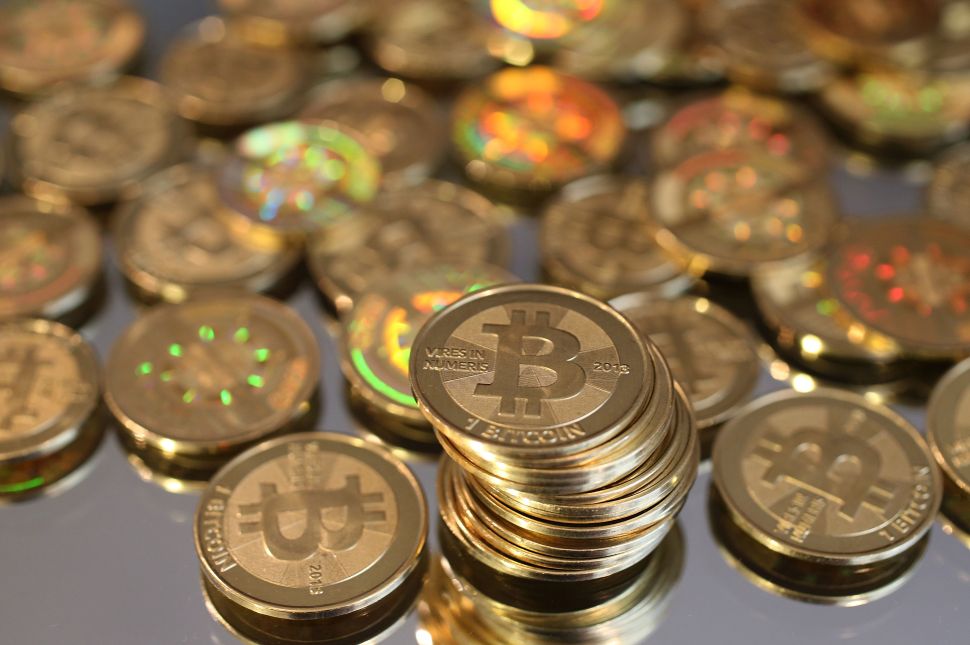