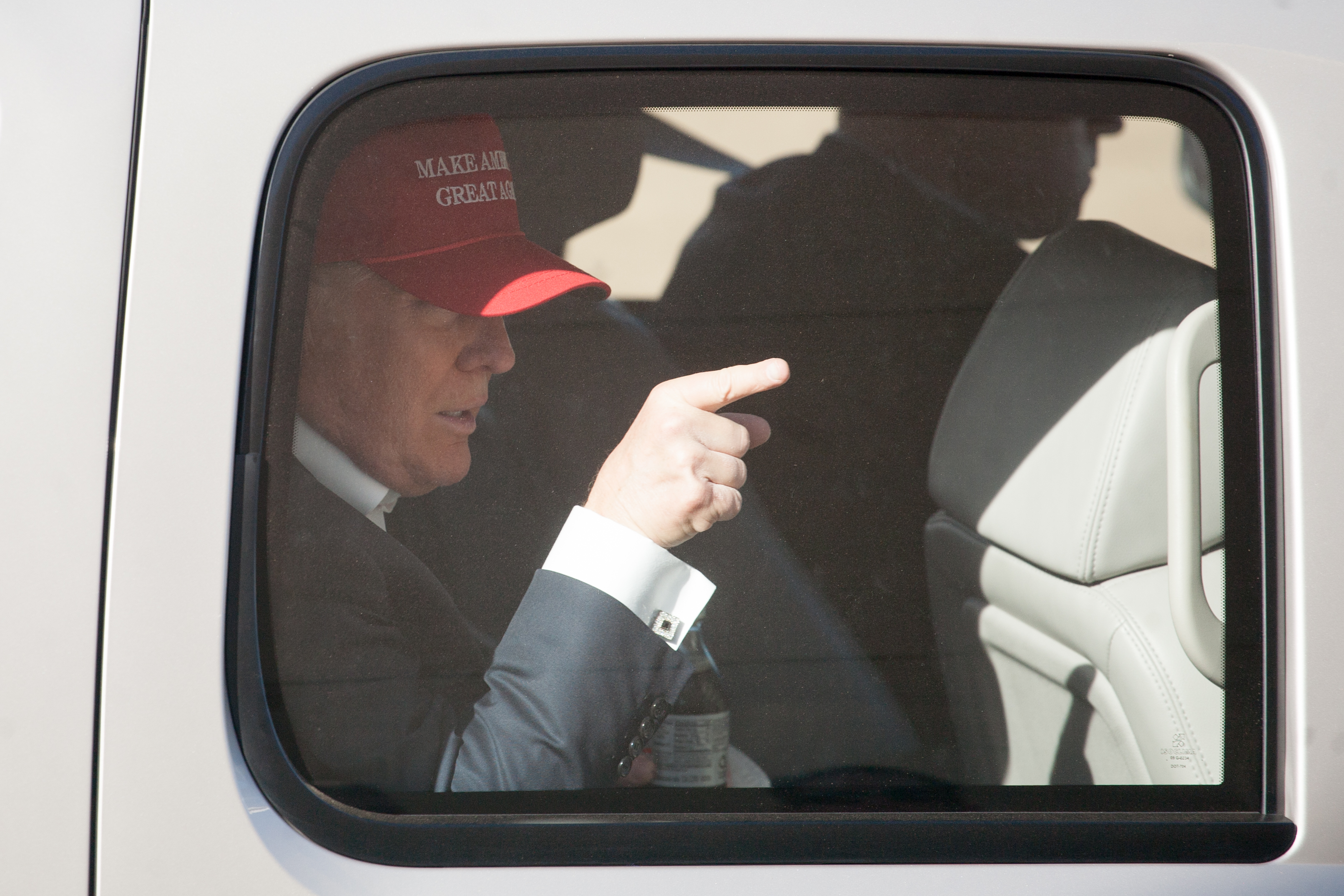 With the imminent nomination of Donald Trump as the GOP presidential candidate this year, some Republican bigwigs are sounding the red alert. They worry he could lose in a landslide and take down the GOP’s current 54 to 46 Senate majority along with him.

These Republicans are right to be worried. In an increasingly polarized American electorate, it is becoming more and more rare each election cycle for voters to split their tickets. In closely contested states, the party that wins the presidential tally can almost always count on also winning any Senate seats that are up for grabs in those states. The exceptions are rare and almost always depend on certain mitigating circumstances, such as the presence of a very popular, longtime incumbent or a severely flawed candidate.

In 2012, in seven presidential swing states in which a Senate seat was also at stake, the party that won the presidential race in those states also won six of those seven Senate races. Only in Nevada, which went for President Obama, did the losing party in the presidential race capture the Senate seat, and that one was razor-close: Republican Dean Heller escaped a Democratic opponent under an ethical cloud, Shelley Berkley, by just 1.2 percent, or 11,576 votes.

And in 2004, there were nine states decided by seven points or fewer at the presidential level that also had Senate races. While there were splits in four of these nine races, three of those went to entrenched incumbents: Arlen Specter, Judd Gregg, and Harry Reid.

In short, since the turn of the century, there have been 20 Senate races in states decided by 7 percentage points or fewer in the presidential election, and 14 of those favored the party whose presidential candidate won the state. Of the six that went against the grain, four involved deeply entrenched incumbents, and the other two were open races lacking incumbents. In at least one of those latter two cases, the losing candidate carried significant “baggage,” and still almost won.

Given these patterns, it is clear that the party that wins the most closely contested “swing states” at the presidential level can also expect to reap a bonanza in those states’ Senate races. If Hillary Clinton wins all the states President Barack Obama won in 2012 and adds North Carolina, Republican-held Senate seats in Florida, New Hampshire, North Carolina, Ohio, Pennsylvania and Wisconsin will all be in danger of falling to the Democrats, in addition to Illinois, a solidly blue state where incumbent GOP Sen. Mark Kirk is widely expected to lose his reelection race to Democratic Rep. Tammy Duckworth.

If Ms. Clinton ends up expanding the electoral map significantly and adding states such as Arizona and Georgia, at least one of those Republican-held Senate seats could be in jeopardy as well. Sen. John McCain was recorded recently, saying Mr. Trump’s precarious position among Latinos could put Mr. McCain in a difficult position in Arizona, where Latinos exceed 30 percent of the population.

Perhaps the state where a Republican would be best positioned to buck a Democratic tide is Iowa, where GOP Sen. Charles Grassley is an institution. He, like Senators Specter, Gregg, Reid and Baucus before him, could survive even in the face of a loss at the top of the ticket in his state due to his own personal popularity. Florida could also see its Senate seat stay in the red column, even if Ms. Clinton wins it at the presidential level, if Democrats nominate a controversial firebrand, Rep. Alan Grayson, over the more moderate Rep. Patrick Murphy. Such a result would be similar to the way Sen. Heller prevailed in Nevada in 2012 over a flawed Democratic foe, despite Mr. Obama’s victory at the top of the ticket in the Silver State.

On the flip side, if Mr. Trump wins the election and takes a significant number of these swing states, it can reasonably be expected that most of the Republican Senate seats will be held, and the GOP will retain the Senate. Despite the fact that Republicans are defending 24 Senate seats this year—to only 10 for the Democrats—a Democratic takeover of the chamber is not a slam dunk, as some Democrats think. If Mr. Trump becomes the next president, he is all but certain to enter the Oval Office with Republicans in control of both the House and Senate. It would be unprecedented, since direct election of Senators began in 1914, for a party to take the presidency away from the incumbent president’s party while simultaneously losing its existing majority in the Senate. Such an occurrence just doesn’t happen; the one time it nearly did occur came in 2000, an election that played out under decidedly peculiar circumstances.

Ultimately, Senate control in 2017 will be determined by what happens in the presidential race. If, as many Republicans fear, Ms. Clinton buries Mr. Trump in November, it would be no surprise for Democrats to pick up as many as nine or 10 Senate seats, reclaiming control of the chamber for at least the next two years. If Ms. Clinton wins, but loses several swing states and prevails by a small margin, the likelihood is that Republicans maintain a narrow Senate majority. And if Mr. Trump surprises all the experts and wins in November, Republicans could at least break even and perhaps add two or three seats. In short, whoever wins the presidential race will also have a friendly Senate to back his or her agenda in 2017 and 2018. 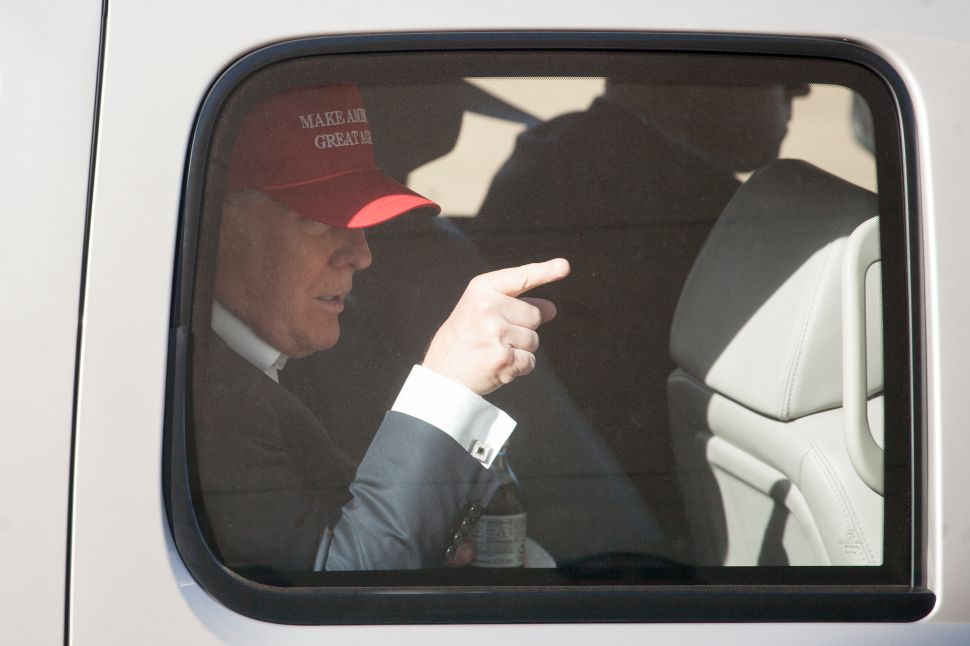