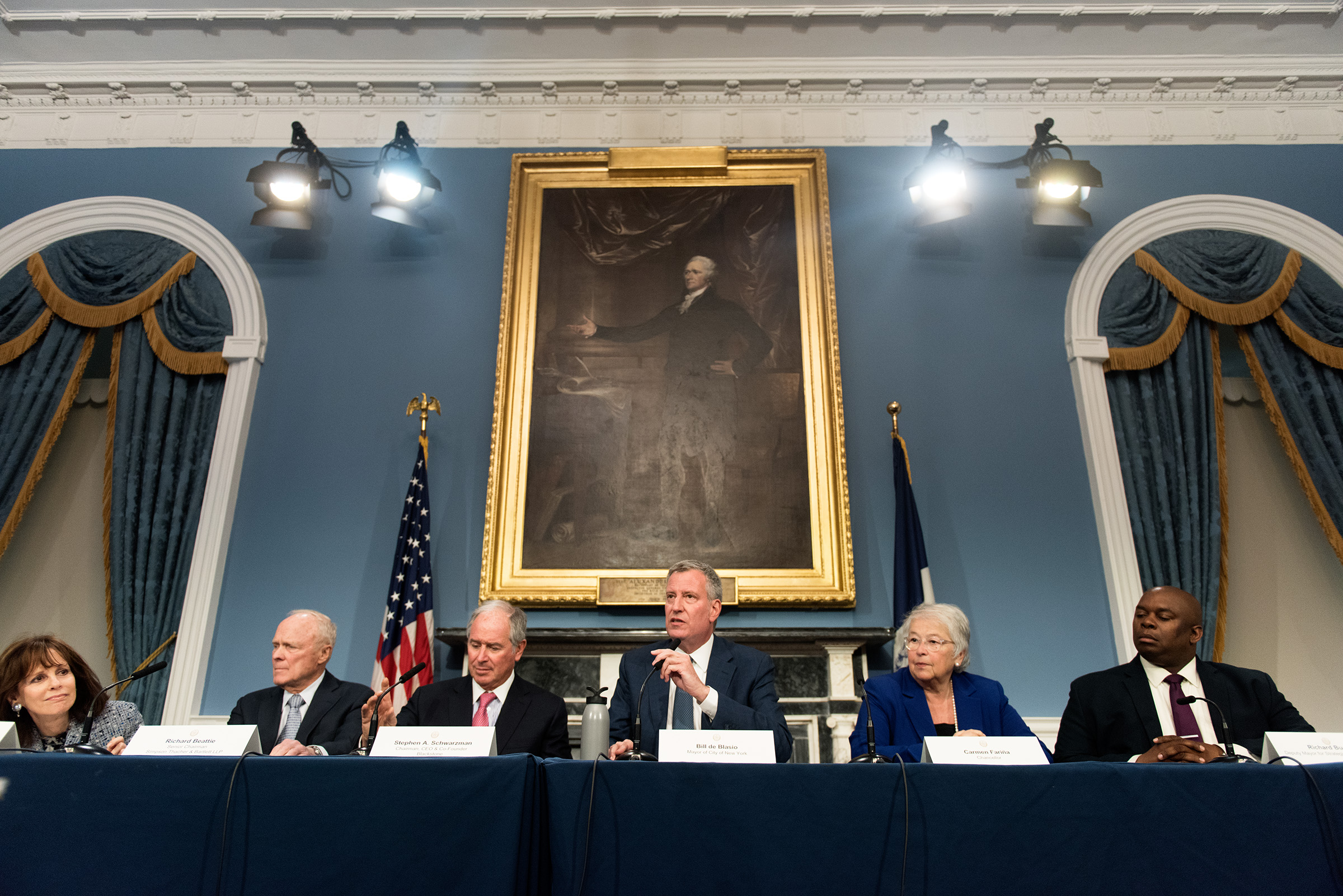 Mayor Bill de Blasio today promised reforms to the process of lifting deed restrictions—a once obscure city function that’s at the center of one of the several investigations embroiling his administration.

“I will be announcing in the coming weeks a series of reforms to the deed restriction process,” Mr. de Blasio said today at a City Hall press conference, noting the process dates back a quarter-century. “The decisions made 25 years ago don’t reflect today’s reality.”

The arcane issue, handled by the equally arcane Department of Citywide Administrative Services, received little attention until or oversight it paved the way for luxury condos to replace an AIDS hospice, called Rivington House, on the Lower East Side.

The property, once a city school, was subject to a deed restriction that required it to remain a nonprofit nursing home. After it was sold to Allure Group, a for-profit nursing home operator, the city lifted the deed restriction in exchange for $16.5 million from the building owner; Mr. de Blasio has said his administration was told the building would be used as a for-profit nursing home.  But without the deed restriction, it wasn’t required to remain a nursing home—and Allure Group flipped the property to a condo developers for a $72 million profit. At different times, Village Care—the nonprofit hospice operator that sold the facility to Allure—and the condo developer were represented by James Capalino, a lobbyist close to Mr. de Blasio.

But Mr. de Blasio did not want to discuss that deed restriction today, insisting he could not talk about it as it is the subject of several simultaneous investigations.

“I’m not happy with the outcome of Rivington,” was about as much as Mr. de Blasio would say about the deal. “I’ve been very clear I do not like the outcome in Rivington.”

Instead he focused on the lifting of a deed restriction on several vacant lots owned by the Dance Theater of Harlem, which was gifted the land decades ago by the city. Mr. de Blasio said the theater was asked to pay $875,000, or 25 percent of the appraised value of the land, in keeping with prior deed restriction removals, and that the organization had sold the property to developers in order to shore up its finances and remain in operation—which is a “public benefit,” he argued.

“It’s clear that the process was followed, but that’s a different question of whether it’s the right process,” Mr. de Blasio said.

One major change will be the mayor’s involvement. He’s said that he had not known about the Rivington deed restriction being lifted until it already was done.

“This decision never reached me,” he said, “and going forward it will reach me.”

He said he hoped to have more “community engagement” on what happens to property after deed restrictions are lifted, and that he would seek to offer community input to the developers of the Harlem property.

Mr. de Blasio handed out several documents about the Harlem deed restriction and offered an outline of how the decision had been reached. Asked why he could do that so quickly and still had no information about Rivington, Mr. de Blasio said the Harlem deal was “very straightforward.”

The deed restriction debacle is just one of several scandals that have been brewing within Mr. de Blasio’s City Hall and his campaign and fundraising apparatuses. After rolling out plan to announce new rules for deed restrictions, the mayor was bombarded with questions about his relationship to donors who have business before the city—including in relation to the deed restriction cases.

Yet again, Mr. de Blasio insisted he had been transparent in disclosing donors to his nonprofit when he didn’t have to—though returned donations haven’t been disclosed—and that he had received guidance from the Conflicts of Interest Board in terms of raising money for his nonprofit, the Campaign for One New York.

The board advised him not to solicit donations from people or entities with business pending or about to be pending before the city. But Mr. de Blasio has not offered up the legal guidance he received in determining what exactly constituted “pending” or “about to be pending”—and how he determined it would be appropriate to take donations from people or businesses who routinely do business with the city.

“We’re in a situation where investigations are going on and we’re being careful about respecting the boundaries of those investigations,” Mr. de Blasio said when the Observer asked if he could provide that guidance about what business was pending.

(Among the donations drawing scrutiny: $100,000 form a man who was trying to get the city to adopt “Mint-X” rat repelling trash bags—and finally got a contract after his donation; $100,000 from real estate firm Two Trees, which had sought a streetcar project the mayor eventually proposed; and several other donations from real estate groups seeking city approvals, as outlined by Crain’s.)

Mr. de Blasio insisted that donating money to him or his nonprofit did not mean a person or a business got preferential treatment.

“In fact, as we will be showing you more and more in the coming weeks, a stunning number of donors and supporters did not get things they hoped they would get they,” Mr. de Blasio promised. 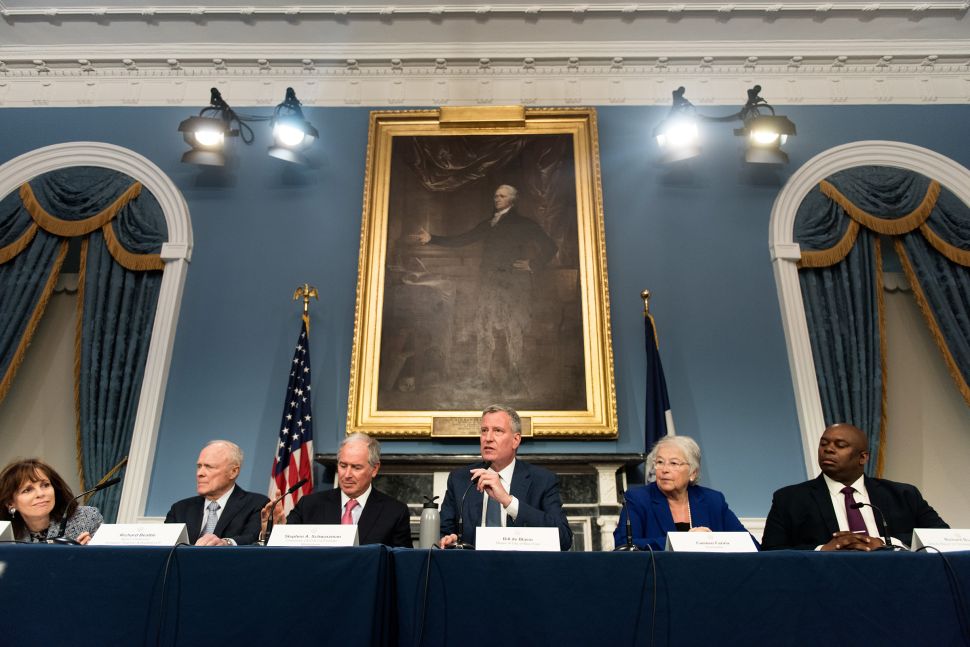