Democratic presidential frontrunner Hillary Clinton is a world-class pander bear. While she claimed in a tweet on Monday that she “will not pander to the gun lobby,” she has been very obviously pandering to minorities, the Occupiers, college students, the military and veterans, coal workers (only in West Virginia) and, of course, women.

Throughout her campaign—and career, really—Ms. Clinton has repeatedly reminded people that she is a woman. It has become increasingly worse during her 2016 presidential campaign, to the point where I challenged her to give one speech where she didn’t mention it or pander. She didn’t get the memo, but it didn’t matter, women already weren’t buying her stock as much as she thought they would.

But a funny thing happened recently. Ms. Clinton has toned down her rhetoric about being the “youngest woman president” or the “first woman president.” We, the listeners, are certainly thankful—it was tiresome to hear a presidential candidate who thought we were so stupid we couldn’t remember she was a woman and that no women had ever been president.

The reason for the recent change is that Ms. Clinton can’t and won’t do anything without poll-testing the message first. And in this case, pandering wasn’t popular.

Give me a break. Ms. Clinton’s strategy all along was to focus on her gender. An aide admitted as much back in February 2015, months before Mr. Trump announced his candidacy. To blame Ms. Clinton’s focus on anything other than her own self-interest is dishonest.

The only reason Ms. Clinton has stopped the constant focus is because donors (and voters) were sick of hearing it. And this wasn’t a focus group put together by an independent company—no, it was done by Emily’s List, a group that loves Democratic women so much they spent millions of dollars primary-ing a powerful and popular Democrat just because he’s a man. And even they found that the message was tiresome.

“De-emphasize the ‘first’ talk,” the Emily’s List report found. “[Donors] already know she’d be the first woman president,” the report said, “but we don’t get anything by reminding them.”

Maybe it’s because people aren’t stupid. They know Ms. Clinton is a woman and that she would be the first woman president. No one is listening to her speak, saying that for the umpteenth time but hearing it for the first and saying: “Oh, really?” Yet that’s how she was treating her own supporters.

The bottom line is that Ms. Clinton doesn’t have much going for her except for potentially making history as the first woman president, so she has to play up that angle. Because her “accomplishments” are nothing but different titles, her legacy is of corruption, Benghazi and a failed foreign policy. What else does she have but her gender? 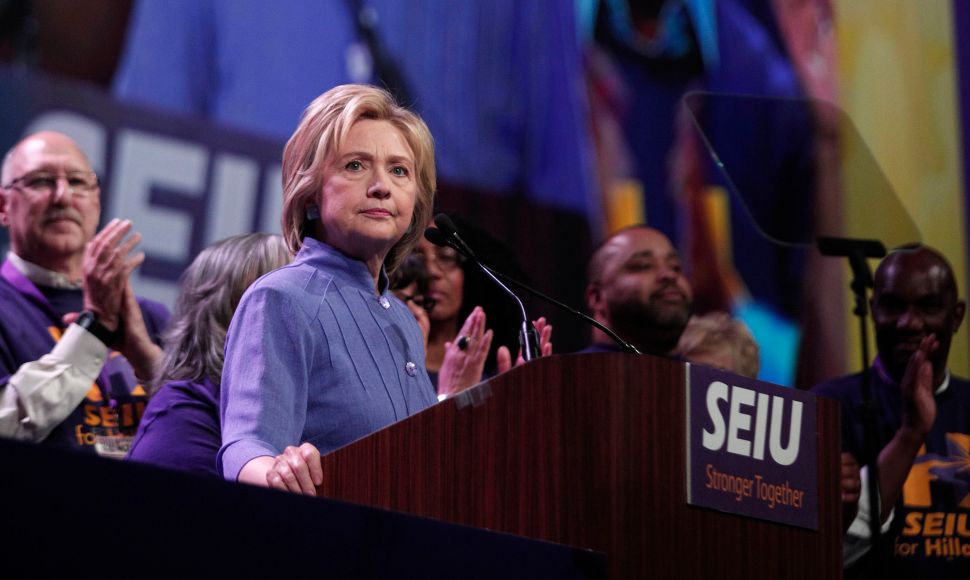