Many Palestinian leaders frequently, and in utmost secrecy, ferry their loved ones to receive medical treatment in Israeli hospitals. They do not tell their people and they do not tell the Arab world. But when they need medical care, they reach out for the best medical care in the world—Israel.

Some would call it hypocrisy. Some expediency. When a loved one is ill, politics and enmities fall by the wayside. It is a game changer.

The cloak of secrecy is mandated because, in the Arab world, the optics would not look good at all. After all, Israel is portrayed as the oppressor, the evil persecutor, the murderer of Palestinians. How would it look across the world if it were known that privileged Palestinians utilize the skills of the forbidden and cursed Jewish Zionist State?

Palestinian Authority President Mahmoud Abbas’ younger brother, Abu Louai, was recently treated in Assuta Hospital, a private hospital in Tel Aviv. Abu Louai is 76 years old and suffers from cancer. He lives in Qatar. The PA press has not and probably will not publish this information—neither will the rest of the Arabic press should they ever get the news.

‘While the man on the Palestinian street is taught to both fear and loathe everything Israel and Israeli, Palestinian leadership breaks its own rules when it comes to the welfare of their own families.’

The decision by the brother of the Palestinian president to enter an Israeli hospital is not surprising.He is just one of many. In fact, last year Abbas’ brother-in-law was admitted to an Israeli medical facility to undergo heart surgery. The surgery was deemed essential, a matter of life or death. And last June, Abbas’ wife had surgery in the very same hospital.

But good medical care in Israeli hospitals, delivered by great Jewish doctors, is not restricted to the Abbas family alone.

The list of Palestinian elite and their family members, including family members of Hamas leaders, have entered Israeli hospitals to get help and to have their lives saved by Israeli medical teams is long.

Israeli health care is arguably one of the best in the world. And when it comes to the life and death of loved ones the leadership of the enemies of Israel, or of those who are trying to pressure Israel at the UN, in the international court and around the world, will “use” Israel.

Unfortunately these leaders hide the truth from the masses. The reality is that, if there were peace, Israeli knowledge, technology and health care could easily be shared with Palestinians.

While the man on the Palestinian street is taught to both fear and loathe everything Israel and Israeli, Palestinian leadership breaks its own rules when it comes to the welfare of their own families.

The daughter of Ismail Haniyah, the undisputed leader of Hamas, was admitted to Icholov Hospital in Tel Aviv, after a routine operation went wrong and she required an emergency treatment. Haniyah’s sister was treated in an Israeli hospital several years ago following an emergency. And his granddaughter was once airlifted by helicopter from Gaza to the hospital.

All these cases were considered humanitarian medical acts.

The strangest part of this story is that if there were some relationship and interaction, if Palestinian leaders could bring themselves to model cooperative behavior, all Palestinians would benefit from Israeli medicine and technology, not just the privileged few. 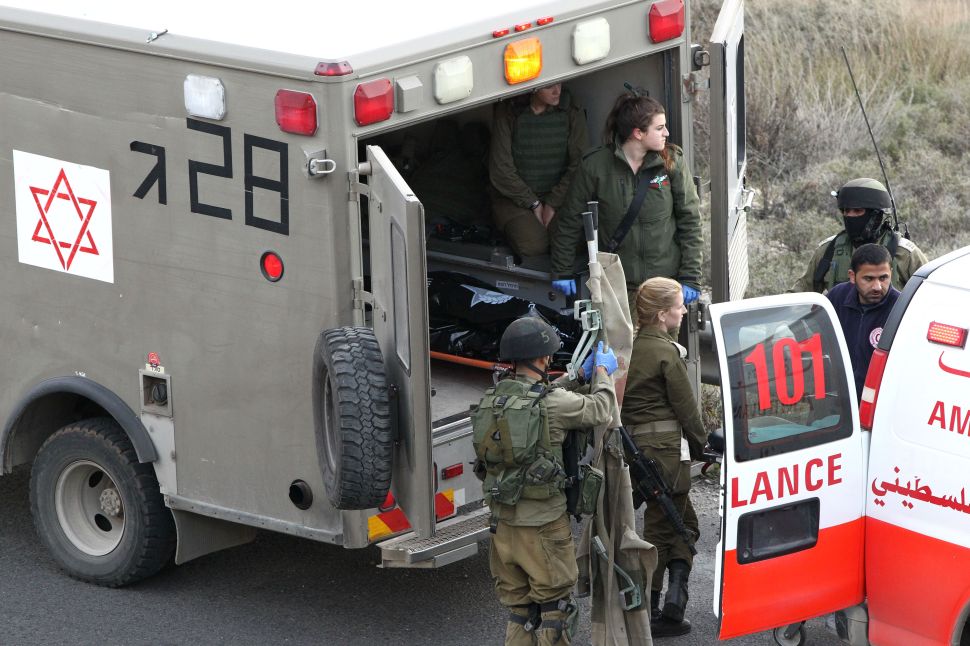