“Of course I was scared. It’s a very scary thing to remake one of the most successful television events of all time.” This is Mark Wolper talking about producing a new version of the groundbreaking miniseries, Roots.

Based on Alex Haley’s 1976 novel, Roots: The Saga of an American Family; the series first aired over eight consecutive nights in 1977. It tells the story of African teen Kunta Kinte, brought to America to be enslaved, and the future generations of his family as they struggle for freedom. Taking home several Emmys, a Golden Globe and a Peabody Award, the series still holds several Nielsen ratings records as well.

The younger Wolper knew that he had to create a new version of the series after having a tumultuous time getting his own 16-year-old son to watch it. “It was very difficult to keep his attention. After it ended he said, ‘Alright Dad, I understand why this is important, but it’s like your music, it just doesn’t speak to me.’ In that moment I knew why we needed to do this. No one is going to go back and watch it – it’s 40 years old and it looks very dated, it’s slow, it’s not produced at the high level that television is produced at today so I knew it needed to be redone.”

“We had one of two reactions – either, ‘oh my god, you’re doing Roots, that’s fantastic how do I get involved,’ or the complete opposite – ‘no way, I’m not touching this.’”

Despite some trepidation, Wolper decided he had to take on the project. “That’s when I said, ‘Shit, I have to buck up and get over my fear of walking in my father’s shadow and get over the fear of trying to remake one of the most successful TV events of all time and just do it.’

To get the ball rolling, Wolper reached out to a lead actor from the original. LeVar Burton, who played Kunta Kinte nearly four decades ago, initially was against participating in the project, “But then I told him about my son and why we had to do this and he changed his mind in about 30 seconds,” says Wolper.

Of Burton’s participation, Wolper explains, “I thought it was important to have an emotional connection with the original and look what LeVar did after he was in Roots; he started [the series] Reading Rainbow and become an educator. I wanted someone like that as my partner on this. I knew he could help translate the story for today’s audience and make it educational as well.”

As for other actors appearing in the new version, Wolper says there was no middle ground when it came to either wanting to participate or not do so. “We had one of two reactions – either, ‘oh my god, you’re doing Roots, that’s fantastic how do I get involved,’ or the complete opposite – ‘no way, I’m not touching this.’ There were a few who said no way and then we talked them into it, but that was just a few.”

“[Star Malachi Kirby] actually had kind of an emotional collapse on the set because he was really channeling the pain very intensely, but LeVar [Burton] was there and really helped him through it.”

Wolper says that some of his actors studied the original and while others didn’t want to go back to it because they wanted to make it their own. “They didn’t want to be biased by what they saw. I told them the choice whether to watch it or not was theirs.”

The lead in this version, Malachi Kirby, hails from London and told Wolper that when he was young, kids at his school would call him ‘Kunta Kinte’ in a derogatory way and that at the time he didn’t really know who that was. “Later in his life his mother had him watch the original Roots and he realized that Kunta was a warrior and a real hero and that changed everything for him,” explains Wolper.

One of the most pivotal scenes in the series occurs when his master, in full view of other slaves and his family, whips Kunta. That scene in particular was difficult for Kirby, but he received some guidance from a very knowledgeable source, explains Wolper. “Malachi actually had kind of an emotional collapse on the set because he was really channeling the pain very intensely, but LeVar was there and really helped him through it. It was incredibly intense when we were shooting that, but it was also very moving to see these two men working together to tell this story as accurately as possible. I think the audience will see that Malachi put just everything – his whole heart and soul – into all of it scene, just as he really did through the whole series.”

Wolper knows that there may be a portion of the audience who scoffs at a Caucasian telling a black history story, and to this he says, “I am not telling this story. I’m telling Alex Haley’s story from the source material that he provided, and I want people to know that I inherited this legacy from a partnership that Alex and my father forged 45 years ago. He become like a godfather to me and as such I’m just trying to keep this powerful, moving story alive for a new generation.”

“I know there are people who say, ‘I saw the first one, I don’t need to see this again.’ Well, yeah, you do, because you need to remember how important this story is.

The enormity of the task was apparent to Wolper when he began the project, but just how difficult the actual production would be was a bit of a surprise to him. “When you take on trying to live up to something this big, you have to go all out. Everything has to be the best it can be – the script, the actors, the directors, everything. That’s not easy. You can’t ever just say, ‘well that’s good enough.’ Everything had to be the best, otherwise why the hell was I doing it again?”

To accomplish this, Wolper took a unique approach to producing the four separate episodes of the series. “We hired four film directors for each two hour installment and told them to make their own film. We told them it didn’t have to match they others. We didn’t ask them to even look at each other’s work. We just wanted them to make something very cinematic. So, all of the episodes are very different in style, but they’re still cohesive because they all incorporate the themes of the series – family and strength.”

Wolper is aware that the way the original Roots was consumed, when there was only three broadcast networks for the audience to chose from, was an anomaly and that there is no way that that part of the experience can be replicated. “I’ve thought about that a lot. I know that nobody’s going to watch it like they did then, it’s not going to get that broad audience that it did at that time, but because of social media and all the different platforms now, I think it will get out there and might even then reach a potentially bigger and broader audience over time.”

The overall goal of this project is to not to dismiss the original, but rather to use the evolution of technology and enhanced storytelling to introduce a new generation to an important part of American history, says Wolper. “I know there are people who say, ‘I saw the first one, I don’t need to see this again.’ Well, yeah, you do, because you need to remember how important this story is. And, you need watch it with your kids as well. The original Roots was the best it could be for its time, we’ve now made the new one the best it can be for today. And, if someone, in forty years, feels that it needs to be remade again for the next generation, I’m ok with that, but right now, in this moment, please make the time to take this in. It really is a strong, heart-wrenching, beautiful story that everyone needs to see.”

Roots airs over four consecutive nights beginning Monday, May 30th at 9/8c on the History Channel. 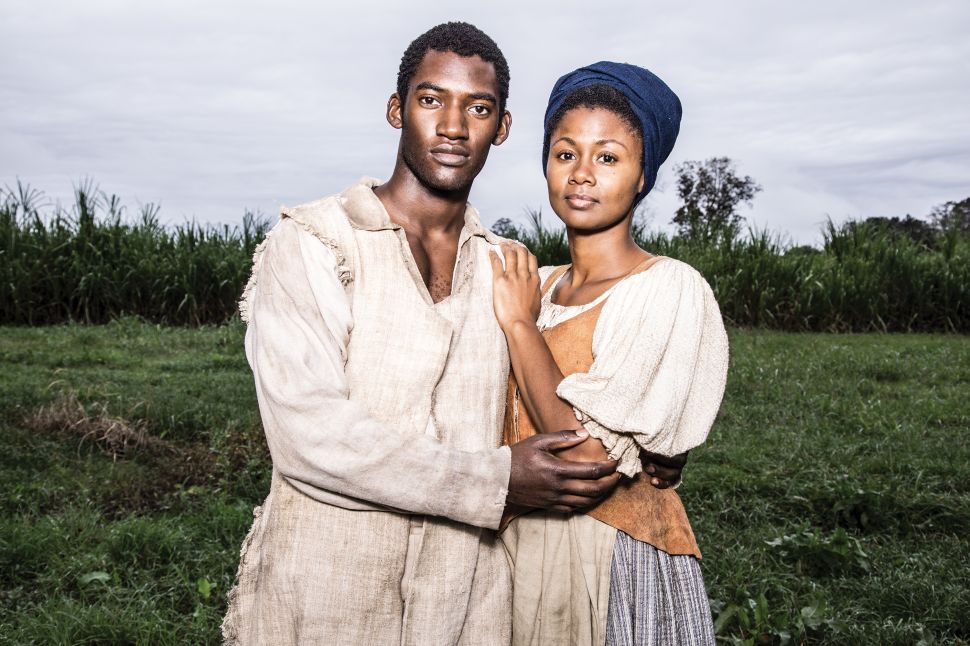