The Ripped Bodice, America’s first all-romance bookstore, opened recently in Culver City, California, to the satisfaction of much-maligned fans of the controversial genre. Romance novels were formerly a guilty pleasure, banished to the back of bookstores. With the popularity of 50 Shades of Grey, the muscle-bound men on the covers were no longer relegated to hidden shelves. While Bea and Lea Koch, the sisters who founded the bookstore, don’t carry 50 Shades of Grey, they do appreciate the amount of attention it brought to the genre.

The store’s tagline, “Smart girls read romance,” is a way to make sure the genre is no longer considered embarrassing by outsiders, and associated only with Fabio’s hair and racy covers. After all, its popularity can’t be discounted, especially with the sites that focus specifically on subgenres and the voracious appetites of romance readers. Sixty four percent of fans of the genre read romance novels more than once a month, and most purchase the books in-stores. The Observer spoke to the owners behind the Kickstarter-funded bookstore to find out why the world needs more romance.

The sisters have both been interested in the genre for years, and Bea even wrote a graduate thesis at NYU called, “Mending the Ripped Bodice.” Leah was introduced to the genre by Nora Roberts and still reads contemporary novels. Bea, a historical expert, started with Jane Austen and began reading Regency novels to learn more about her world. Despite their distinct interests, they try to read across genres to make sure they can make recommendations to all of their customers.

If someone visits the store who’s new to romance, the sisters recommend based on the books they currently read, but there are introductory novels they usually recommend. Something About You by Julie James for rom-com fans, Julia Quinn’s Bridgerton series for people curious about historical romance and Lauren Willig’s Pink Carnation for mystery readers are all go-to starters.

In April, the most popular books were The Bollywood Affair by Sonali Dev, The Duke and I and Because of Miss Bridgerton by Julia Quinn and Him by Sarina Bowen and Elle Kennedy, all spanning a variety of sub-genres and proving how all-encompassing romance novels can be. While many of the store’s visitors grew up reading Austen, others were introduced to the genre by Georgette Heyer, Loretta Chase and Nora Roberts.

In the future, the sisters plan on offering author signings and readings, and they recently hosted an event with romance superstar Fabio. While he no longer defines the genre, he is what the sisters described as an “icon of romance” on Instagram, where they devoted a collage to his appearance.

While The Ripped Bodice is America’s only all-romance bookstore, there is another one in Australia. Still, with the sheer amount of romance novels readers consume, one would think more would exist worldwide, especially with the work 50 Shades did to end the perceived stigma against them. “You have to be so obsessed with romance that you are willing to devote your whole life to it and crazy enough to open a bookstore. There are probably not that many people who meet that criteria in the world. We know of at least two though!” the sisters said by email. 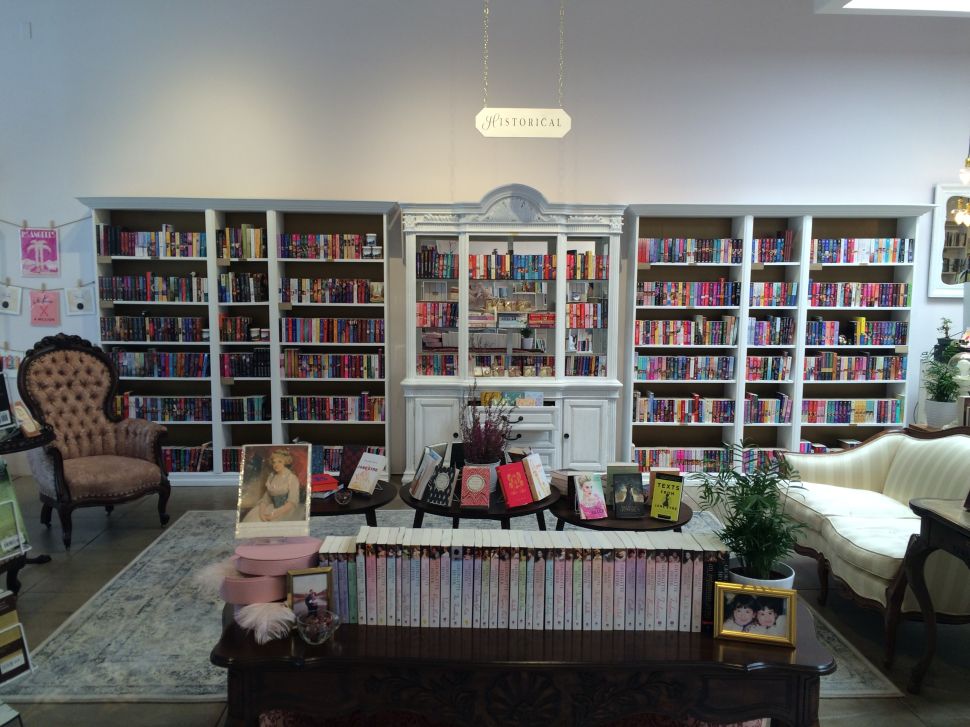