The latest revelations regarding Hillary Clinton’s email scandal have broken the shield of impunity the Democratic party built for her coronation. The criticisms and shortcomings of Ms. Clinton’s candidacy—which have long been addressed by Bernie Sanders yet dismissed by mainstream media as Republican smears—are finally receiving the credence they deserve.

The past week has been one of the worst for Ms. Clinton. Just a week after her 2008 campaign co-chair, Debbie Wasserman Schultz, was called on to resign as DNC chair for her favoritism toward Ms. Clinton, there was the announcement that Ms. Clinton’s 2008 campaign chair, Virginia Governor Terry McAuliffe, is under federal investigation for breaking campaign finance laws. On top of that, indefensible evidence has now surfaced on the former Secretary of State’s private e-mail server.

This scandal, along with Ms. Clinton’s various corrupt ties to corporate lobbyists, will become increasingly worse as her campaign shifts from the primaries to the general election. The Democratic party now faces the issue of what to do with such a vulnerable, weak candidate as their presidential nominee—unless, of course, Mr. Sanders‘ supporters pull off a historic upset in the last few states left to vote. North Dakota, New Jersey, Montana, New Mexico, South Dakota, Washington DC, Puerto Rico, the Virgin Islands and California offer Mr. Sanders the opportunity to acquire the nearly 300 pledged delegates he needs to beat Hillary Clinton. While the likelihood of this happening was nearly impossible just a few weeks back, Ms. Clinton has since allen from grace: No longer the presumptive Democratic nominee, she faces a future of probable indictment. The same mainstream media outlets to once reverberate Ms. Clinton’s defense are now reporting she overtly lied and knowingly broke the rules.

Democrats now have a second opportunity to get behind Bernie Sanders. If Democratic voters and party leaders are serious about winning the general election, they need to abandon Ms. Clinton’s sinking ship. The fiercely negative publicity Ms. Clinton is likely to elicit will diminish all chances the Democrats have to recoup majorities in both houses of Congress. Allowing the Republican party to win the presidency would be disastrous for Democrats—a fate that will be sealed with Ms. Clinton as the nominee.

Hillary Clinton has failed on multiple levels, and the millions of Sanders supporters will never vote for her based on the principles Mr. Sanders’ campaign represents. While Bernie Sanders works to purge dark money in politics, Hillary Clinton and the DNC have strengthened corrupt influences. A Democratic party led by Hillary Clinton is a corrupt party disconnected from their constituents, using liberalism as a badge of superiority against the Republican party while contradicting progressive values in favor of their wealthy donors. What trust remained for Hillary Clinton and the Democratic party has now dissolved. If Democrats want to save face after rallying around a weak candidate who backfired, these last few states need to ensure Bernie Sanders wins the Democratic presidential nomination. 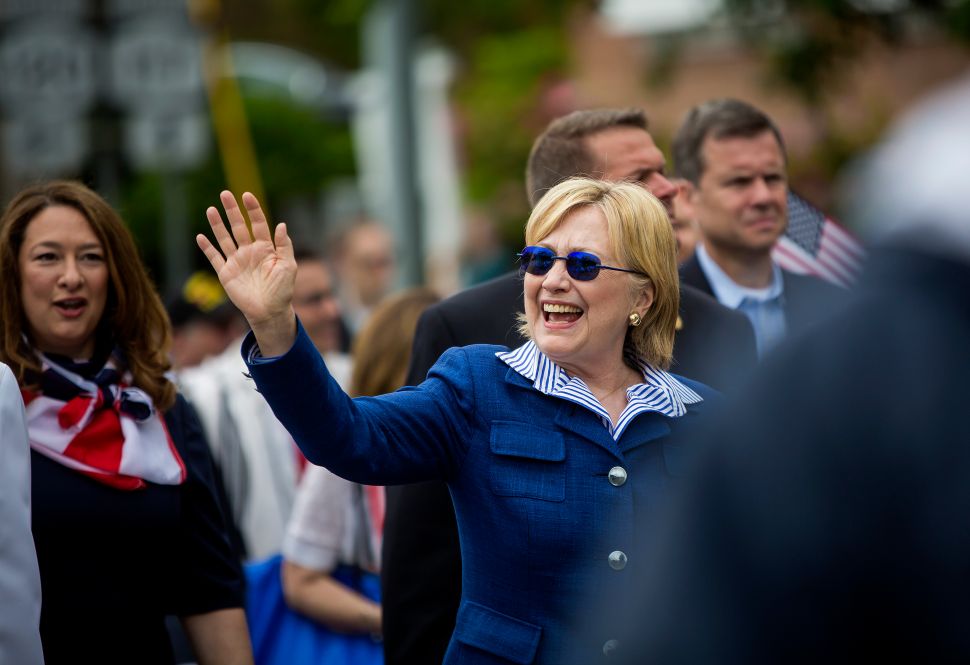