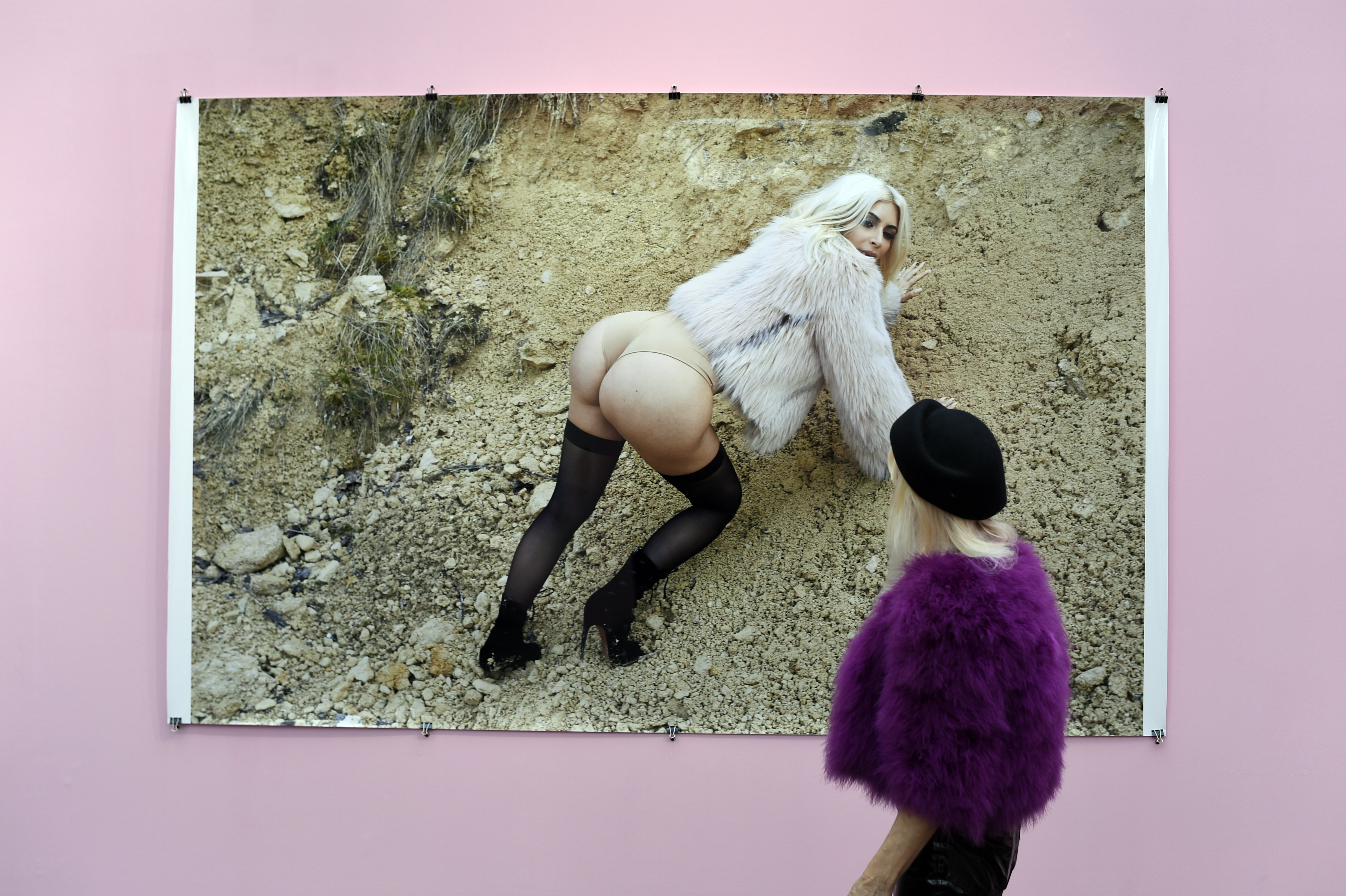 A visitor looks at a photo of reality television star Kim Kardashian by German photographer Juergen Teller during the opening of the 19th edition of the Paris Photo Fair. (Photo: Miguel Medina/AFP/Getty Images)

I’m going to go ahead and say something no conservative ever dare says: feminism has been awesome.

First, imagine not having the same rights as men. Imagine living, say, in the Middle East. We couldn’t vote, purchase the car of our dreams after landing that huge dream job, and we certainly wouldn’t be able to blast Beyonce’s ‘Lemonade’ in it. We wouldn’t be able to exercise the option to own a firearm to defend ourselves. We couldn’t have shoe obsessions or cool Instagrams or the ability to choose our own healthcare. Or, basically have all the extraordinary options we are afforded today on a buffet of estrogen infused liberty. Nobody ever told us it would be easy, but nobody ever told us it would be this hard.

Having lots of choices is good, but it’s also complicated. And complexities lead to stress. And let’s face it, women today are more stressed out than ever. A study from Boston College said that women are graduating with less self esteem than when they entered, despite the fact that graduation rates among women are outpacing those of men. According to The Wall Street Journal, 26 percent of American women are on some kind of mental health medication for anxiety and depression related problems. Glamour recently polled women in 2015, and respondents couldn’t even explain what being happy meant.

Women, and the men who love us, rarely get honest about what the downsides to all this new found feminine power are. But I will.

The power trade. Women made a well intended, fairly simple but admittedly consequential swap when we were fighting for equality. We gave up our feminine side so we could attain what we saw as masculine goals: the corner office, the big promotion, freedom. And we started acting less like ladies and more like lady bros. Don’t get me wrong, these are fantastic objectives, but we didn’t have to ‘man up’ to get them. Feminists started using the word ‘girly’ as if it were a bad thing. In a more humanized era, men loved girly—and so did women. Now, it’s a full blown insult. Women mistakenly coveted what men had, rather than holding onto the uniquely feminine power we had. We abandoned it and did it their way. Not exactly empowering. Femininity has always been a huge source of female power, so why were we discouraged from embracing it?

We’ve all become actresses. Most of us want to get married and have kids but very few women actually unabashedly admit it before we attain it. Most females don’t like it when men don’t return their calls for a second date. We care about what guys think, how we look and whether or not we’re getting our needs met. So why are women pretending like we don’t, instead opting to act inauthentically above the fray? Denying the ability to be authentic is not the greatest of feelings, let’s be honest. Women are so scared to admit we don’t have it all, or we don’t have it all together, that nobody is being honest. We’re stressed out but we’re not suffering in silence. On the contrary, we’re pretending our lives are perfect by posting the perfect pictures to our Instagram and Facebook accounts. But we aren’t all perfect. Admitting that it’s not attainable and that it’s ok to accept that is a big step that relieves stress. We are cheating ourselves of that calming concession by pretending to be too cool to care.

When you take away all the confusion it’s pretty simple: most women (and men) want the same thing.

We killed courtship. Trying to get back chivalry is like trying to lead a horse to — that is really, really far away in the rearview, according to most young people. Remember the whole, “I don’t need a man” movement? Talk to most women in their twenties and they’ll tell you they’ve never been on a romantic date. You know, the old kind where guys used to pick women up, or meet them somewhere to have drink, a proper dinner, perhaps a night cap. Now, a hookup culture fueled by feminists that pressures women to forgo monogamy for one night stands and apps like Tinder and Happn, are grating on women. Whatever your politics, women want to be romanced and respected. We all want to find a good guy who adores us and is faithful, regardless of what feminism says. We all want love from a partner who is committed. But we’re not going to get it if we keep telling men we don’t need them, that we can do it all, all alone. If we want a return to romance, we’ve got to start empowering men instead of emasculating them.

Our looks. Women are looking better and far younger than they ever have. And while feminism can’t totally take credit for this one—technology has played a huge role—we aren’t allowed to celebrate these awesome aesthetic achievements. Females are allowed to play up our promotions, our engagements and our children, but there is one area where we can’t be happy: our looks. Despite massive and unsuccessful ad campaigns from companies to encourage women to emote confidence about the way we look like Dove’s “Embrace the Skin You’re In” campaign, if a woman said she loved the way she looked and wasn’t able to offer up at least one insecurity to her gal pals, she’d be labeled a narcissist. And if you admit you want to look good for your man, or to attract men, you’re liable to be impugned by the sisterhood. Just ask Kim Kardashian. One very confidently posted naked selfie invoked a backlash of criticism. A woman can’t even say “thank you” when she gets a compliment. It’s almost like a tacit acknowledgement that (God forbid!) she agrees her hair is great, that she has a beautiful smile or a fantastic ass. When a woman says “thank you,” the complimenter hears “yeah, I know.”

If everyone is beautiful but no one can say as much, how is that progress? If every woman has to choose between biting her tongue about her beauty—or disseminating and saying that she doesn’t think that she is, we’re either silencing women or turning us all into liars.

MIA: Men. Feminism told them we didn’t need them. Then we were told to emulate them. On top of it all, we’ve emasculated them, and now men are fighting back… quietly. American society has become increasingly anti-male. Men are sensing the backlash and are consciously and unconsciously going ‘on strike.’ Breitbart has dubbed this “equal but separate misery” between the sexes a “sexodus” where men are giving up on women altogether and stepping back from society. Statistics are showing that men are increasingly choosing not to get married, and I can see why. With the rise of technology men can outsource everything women were traditionally known for to their iPhone apps. If they’re hungry they can use seamless, if they’re horny they can use Tinder. The only thing they still need us for? Babies.

“My generation of boys is f*cked,” one man commented. “Marriage is dead. Divorce means you are screwed for life. Women have given up on monogamy, which makes them uninteresting to us for any serious relationship or raising a family.” Maureen Dowd once famously asked, “Are men necessary?” Now it’s the men asking that about women—and, more importantly, about commitment. This isn’t political, this is critical. It’s time for both genders admit we need each other, start treating each other with respect and concede that we’re equal, but equal doesn’t mean the same and embrace the differences in our wiring.

When you take away all the confusion it’s pretty simple: most women (and men) want the same thing. To be in loving relationships, strong marriages where we are respected and treasured, to have children and be good moms—if we choose that path. We also would like to be content in our careers, if we choose to work. Blaming feminism alone won’t answer what’s ailing, but there is a case to be made for conservation of the things we’ve given up in the power trade like intimacy, monogamy and a mission of true equality.

With the 2016 Presidential election shaping to more of an impending  gender war of the sexes than a battle for the White House, this subject is not going away anytime soon. Women need to wake up. Until we start being our real, authentic selves we can expect more of the same: weight of expectations, tension with men, the push, pull and guilt of never living up to having it all, the inability to overcome the pressure of friends but most importantly that interminable, inexplicable feeling of unhappiness in our relationships. It’s not too late to conserve the things we all really want. We can be happier as women, but not until we break free of the habits of our generation and finally start to untie the knots.

Andrea Tantaros is host of Outnumbered on Fox News Channel and author of the newly released book, Tied Up in Knots, in stores now via Harper Collins. 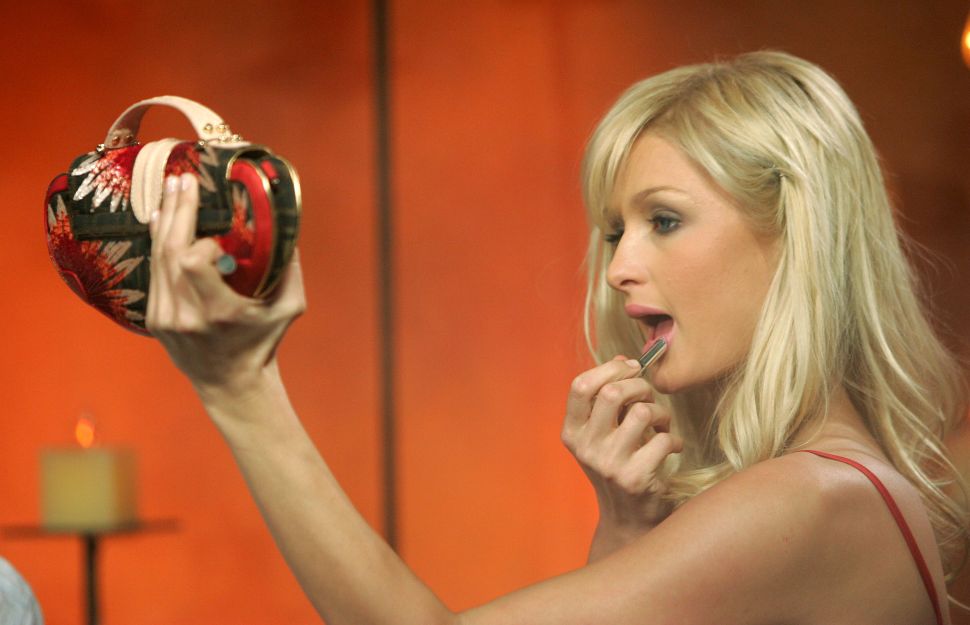