On a recent run with a friend, the topic of sports supplements came up, as my girlfriend knows a woman who is getting “shredded,” but relies on a daily cocktail of expensive, fat-burning supplements to get there. In an age where we flaunt our bodies more than ever—largely thanks to social media—the supplement industry seems to be a booming business. This is probably because most people still want to hear there’s a viable shortcut to weight loss and performance, rather than the grueling day-in, day-out focus on proper nutrition and training.

Sports supplements refer to anything used to improve performance, from the perspectives of energy use, energy production and recovery. There are tens of thousands of products promising results in these categories, but which ones actually deliver? Here is a breakdown of the four trendiest supplements on the market today, which may actually be worth some of your hard-earned dough—of course, in conjunction with hard work in the gym.

At the top of the list is Creatine, which the International Society of Sports Nutrition regards as extremely safe and concludes is one of the most beneficial sports supplements available, specifically for trained athletes. Produced in the liver, creatine provides energy to cells throughout the body—particularly muscle—thus aiding those “gains” you keep hearing about on Instagram. While weight gain may be experienced while on creatine, unless an excess of calories is being consumed, this will be thanks to increased muscle mass. For recreational or occasional exercisers, creatine has not been shown to do much, but may, however, be useful for vegans, those with neuromuscular diseases, or the elderly, who can benefit from increasing muscle mass.

Caffeine, which many people swear allegiance to on a daily basis (and which is the world’s leading stimulant), has mixed reviews. While caffeine boasts impressive benefits for trained athletes during high-intensity exercise, it offers seemingly less benefits for untrained beginners. For strength-based training, there is no conclusive evidence in either direction just yet. But, on the plus side, caffeine does help burn more fat and calories during exercise. Specific dosage and timing can help you make the most of that morning cup of joe. However, there have been recent attempts to ban concentrated caffeine (available as a powder, liquid, or inhaler), after unsafe levels resulted in the deaths of several people over the last two years. While reports suggest it would take around 25 cups of coffee to kill someone, it would benefit those who like their buzz to understand the risks and signs of caffeine toxicity.

BCAAs, or Branched-Chain Amino Acids, are the building blocks of protein in the body. Often obtained from eating meat, dairy and legumes, BCAAs are essential amino acids—meaning we need them to live—but cannot be produced internally. When it comes to aerobic training, while BCAA supplementation can lower the rate of perceived exertion (how hard it feels like you are working during exercise), there is no influence on aerobic performance. However, there is evidence that BCAA supplementation is effective after high intensity or resistance training. Another study found that an athlete’s periodical increase of amino acids may increase subsequent competitive performance while decreasing the risk of injury or illness.

Another supplement, which many disregard, is vitamin D. Globally, there is a vitamin D deficiency across cultures, largely due to spending so much time indoors, between work and our leisure time at home. A deficiency in vitamin D can lead to medical problems including poor calcium metabolism and bone health, bowel and colon cancer, arthritis, diabetes and cardiovascular disease. As far as sports performance is concerned, studies within the past five years have indicated that daily vitamin d supplementation results in increased VO2 max (the maximum amount of oxygen an athlete can utilize), increased force and power production and increased testosterone. These impressive findings also highlight, however, that vitamin D supplementation (or exposure, via the sun) needs to occur on a daily basis in order to produce benefits.

When considering supplements, remember the adage, “if it seems too good to be true, it probably is.” No supplement can help you lose twenty pounds in a week, and while some may improve athletic performance illegally, let’s not forget how that ended for Lance and A-Rod. Approved, scientifically-backed supplements, including caffeine, creatine, BCAAs and vitamin D, might be a worthwhile investment, depending on your activity level and type of sport. Yet a well-balanced diet remains the foundation for any athlete or health-conscious human. You can pop pills and drink protein shakes until the cows come home, but supplements can’t compensate for poor nutrition and a lazy lifestyle.

Chelsea Vincent has been a fitness instructor for almost ten years. Prior to teaching, she had 15 years of formal dance training. Chelsea has a BFA from Carnegie Mellon University and is a certified power yoga instructor, spinning instructor, barre instructor and weightlifting Instructor, as well as an ACE-certified personal trainer and wellness specialist. In 2014, Chelsea was named as one of SHAPE magazine’s Hottest 50 Trainers of the Year. 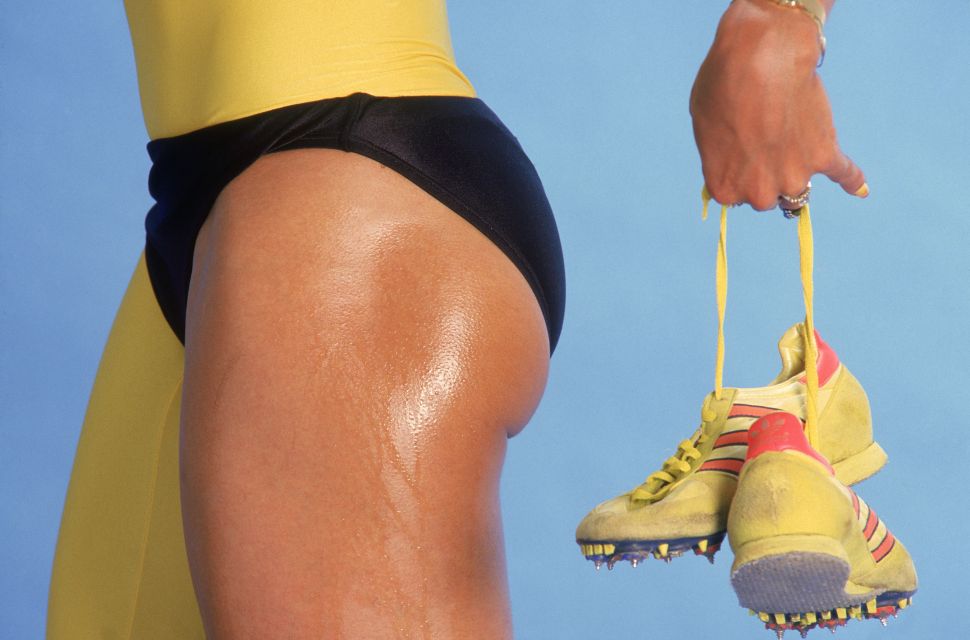