He’s really attractive, we can all agree on that, can’t we? He’s all craggy Croatian coastlines and sweeping establishing shots of hoards in sumptuously detailed textiles.

Even when you only get to spend an hour a week with him, you think about him all the time. You’ll be in bed with him on a Sunday night and he won’t stay over and sometimes there won’t even be nudity, but you still feel the need just to be there with him.

It seems like all of your friends are also super interested. Either that or they’ve gotten with him and now they’re totally over him. “We were hooking up for like a season and now I’m totally over him,” they say. They’re not totally over him. They’re bitter because he moved too fast and got too complicated and they couldn’t keep up.

Even the dorky things about him, like how he’s super into fencing or how he says “ser” instead of “sir,” somehow don’t seem dorky because we’ve all just agreed they don’t.

The sex with him used to be exciting and fun, but now it kind of makes you uncomfortable.

There are always new friends appearing in his stories that you vaguely remember meeting once at a bar in Bushwick. And, of course, as a boy with a British accent in the United States, he’s hooked up with everyone so no matter where he goes there’s drama. He ducks out of parties and slinks at the back of bars half-shielding his face. “That’s Cersei,” he says. “We hooked up and it’ll just be simpler if no one knows.” But he told you and that makes you feel special.

There’s so much going on in his life that it doesn’t seem as though he could possibly have enough time to fully develop anything.

He’s attractive, we established that, but is he smart? He has to be, because he talks with a British accent and says things like, “My watch has ended.” You don’t use the past perfect tense unless what you’re saying is smart.

Your friends are always talking about him, even the ones who have never hooked up with him.

He manages to somehow be both dramatic and boring at the same time. He’ll spend the entire night telling you an endless story about the camping trip he took with his bros up by The Wall or about the crazy dream he had last night about a raven with three eyes.

“I’m complicated,” he’ll murmur, looking up at you expectantly with his dark, sad eyes.

Would you still be sleeping with him if he weren’t British? Let’s not ask those questions. Just enjoy him for the sweeping, sexy mess he is and keep hooking up with him for the next two years. At least it means you’ll always have something to talk about with his friends. 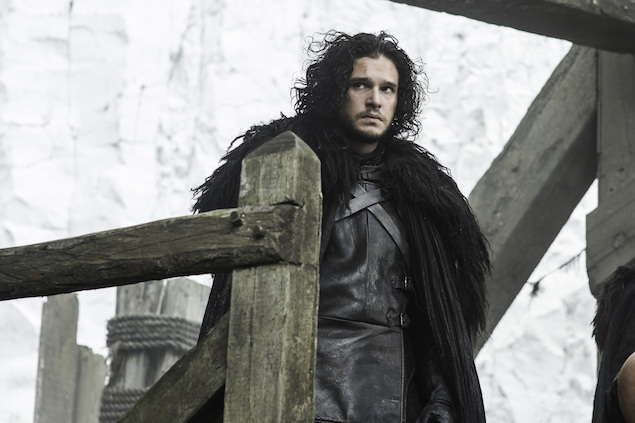