Goldstein with Weinberg on the day the state Senate passed its marriage equality bill in 2012. He, Weinberg and Ray Lesniak are arguing that an Ocean County freeholder’s anti-gay voting record shows bias and should preclude him from a seat on the State Parole Board. (Photo: Tony Kurdzuk/The Star-Ledger)

One man’s shot at a patronage position could be in jeopardy because of a scandal from years ago. Ocean County freeholder Jack Kelly was at the center of the controversy when the board denied a dying lesbian police lieutenant the right to pass her county pension on to her partner in 2005, and Garden State Equality founder Steven Goldstein is calling on the Senate to remember Kelly’s anti-gay voting record when he goes up for confirmation as a member of the State Parole Board later this year.

When the board reversed its decision and allowed Laurel Hester to leave her pension to partner Stacie Andree shortly before Hester’s death in 2006, Kelly was the lone holdout. Pointing to Kelly’s decision to stay away from that vote entirely, Goldstein joined Senators Loretta Weinberg (D-37) and Ray Lesniak (D-20) in questioning the Ocean Republicans’ qualifications and potential bias. Kelly has been on the freeholder board since 1993, and would be receiving a pay bump from $30,000 a year to more than $100,000. Goldstein is now Deputy Vice Chair of the New Jersey Democratic State Committee.

“Jack Kelly is as qualified for a seat on the Parole Board as Donald Trump would be qualified to lead the National Organization for Women,” said Goldstein, who was heavily involved in petitioning the board to change its decision and was later portrayed by actor Steve Carrell in the 2015 movie “Freeheld,” about the Hester case.

“They’re that equally preposterous,” he added. “Jack Kelly did not have one iota of the basic human decency to allow a dying woman to assign her death benefits to her partner.”

Loopholes in New Jersey’s domestic partnership laws of the time gave the county full discretion. Following national press coverage and public protests from police and firemen from New Jersey and New York at the county’s offices in Toms River, the board opted to let Hester pass on her annual $30,000 pension to Andree despite Kelly’s objections that the move would violate ”the sanctity of marriage.”

“Even many of the most hardline opponents of marriage equality back then, in 2005-2006, nonetheless had the humanity and integrity to say ‘No dying woman and surviving partner to be should ever have to go through the hell that Jack kelly wanted to put them through,” Goldstein said of Kelly’s opposition. “Are we going to allow a man like Jack Kelly, who has showed a contemptible lack of judgement and humanity, to decide the fate of other people’s lives on the state parole board?”

Other members of the board personally contacted Goldstein to express their regret for voting to deny Andree her partner’s pension, but he said Kelly has stayed mum in the years between Hester’s case and the U.S. Supreme Court’s marriage equality ruling last summer.

“Who was the one person I never heard form on the freeholder board all those years? Jack Kelly. Other people evolved. The entire nation has evolved,” Goldstein said. “It will be interesting to see if he finds contrition now at his cushy job on the parole board, or whether he’s going to continue the same arrogance and homophobia that he showed ten years ago.” 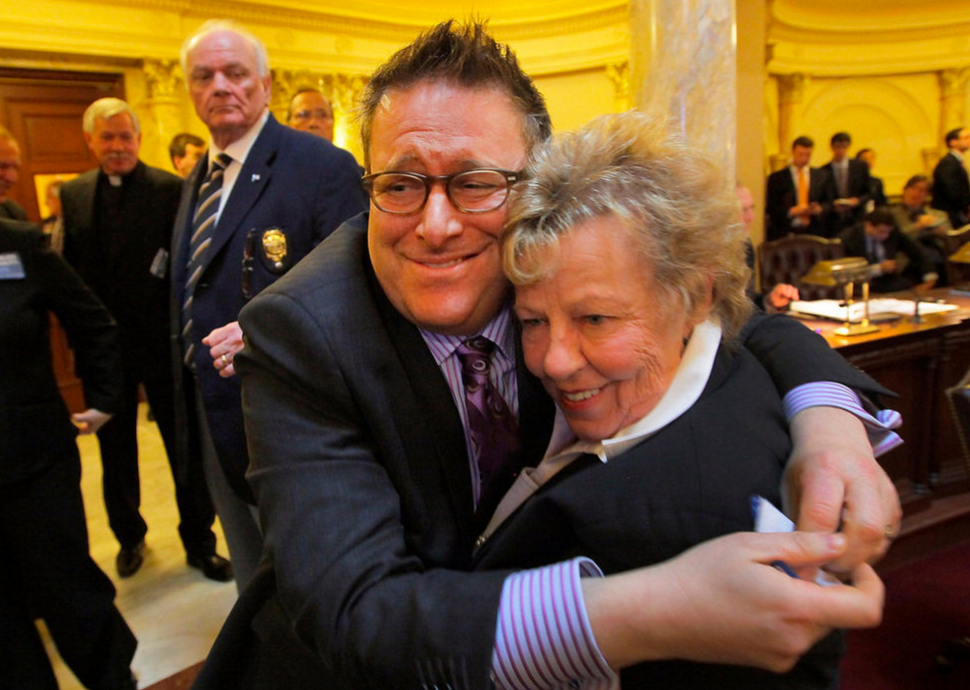