On the evening of February 26, 2012, Trayvon Martin, an unarmed 17-year-old boy, walked home to his father’s house from a convenience store through the Twin Peaks gated community in Sanford, Florida. George Zimmerman was working as a neighborhood watch captain, and called 911 to report the suspicious teen.

This wasn’t the first time Mr. Zimmerman needlessly dialed 911—in fact, he called the emergency service 46 times in the previous 15 months, once to report a suspicious seven year old black boy on April 22, 2011.

According to the American Bar Association, “Stand Your Ground laws increase homicides, have no deterrent on serious crimes, result in racial disparities in the criminal justice system and impede law enforcement.” Florida was one of the first states to pass a statute for Stand Your Ground protection in 2005. The American Bar Association released a report in 2014 that claims the laws—existing in 33 states—are ineffective and should be scaled back or repealed entirely. The Trace reports the organization will be releasing a more extensive report with detailed studies demonstrating the laws “provide a low-cost license to kill.”

Mr. Zimmerman became one of the most hated people in America for his murder of Trayvon Martin, and is widely believed to have exercised unnecessary and excessive force. He has not only been iconized as a symbol of racist oppression, but he has embraced it—erasing any doubts, in retrospect, that Mr. Zimmerman is racist.

Most recently, Mr. Zimmerman listed the gun he used to kill Trayvon Martin on gunbroker.com. The weapon is listed as a 9mm Kel-Tec PF-9 Pistol, and the starting bid is set at $5,000. This recent bout of insensitivity and bitterness is just one of many instances he has flaunted his acquittal to the public.

Last year, Mr. Zimmerman gloated about getting away with Trayvon Martin’s murder by tweeting a photo of the boy’s dead body, which was subsequently taken down by the social media platform. Instead of showing remorse and respect for the life he took, Mr. Zimmerman exhibited the opposite—to a sickening extent.

When Twitter removed his post, Mr. Zimmerman responded like a child with a tirade of racist tweets, throwing himself a pity party with white supremacists coming to his defense. He plastered photoshopped “wanted” posters with his face front-and-center for the murder of Mr. Martin. His Twitter account showcases the Confederate flag, and it appears most of his efforts are to engage in back-and-forth arguments with other users. He also often mocks President Obama with bigoted comments and photos.

Shortly after being acquitted on all charges in the Trayvon Martin case, Mr. Zimmerman made headlines for a domestic dispute in which he allegedly assaulted his wife’s father days after she filed for divorce. His estranged wife, Shellie Zimmerman, expressed doubts as to Mr. Zimmerman’s innocence on NBC’s Today Show with Matt Lauer in 2013.

Later that year, George Zimmerman was arrested again when his new girlfriend, Samantha Scheibe, called the police to report Mr. Zimmerman pointed a gun at her. The charges were later dropped.

Mr. Zimmerman’s latest tweet of Trayvon’s Martin’s corpse sheds further doubt as to his claims to self defense in the murder of Mr. Martin. Days later, Mr. Zimmerman responded to the backlash his tweet received: “As much as I love owning all you trolls I have to work… On my tan! Tell ‘Karma’ she’s worthless, God protects me.” Mr. Zimmerman included a picture of himself smoking a cigar on a beach.

Trayvon Martin’s mother, Sylvia Fulton, told the Associated Press in an interview this past February, on the third anniversary of Trayvon’s murder, she still believes George Zimmerman got away with murder. “He took a life, carelessly and recklessly, and he shouldn’t deserve to have his entire life walking around on the street free. I just believe that he should be held accountable for what he’s done.” Ms. Fulton added, “It’s just upsetting to know that a person can shoot and kill someone and justify it.” 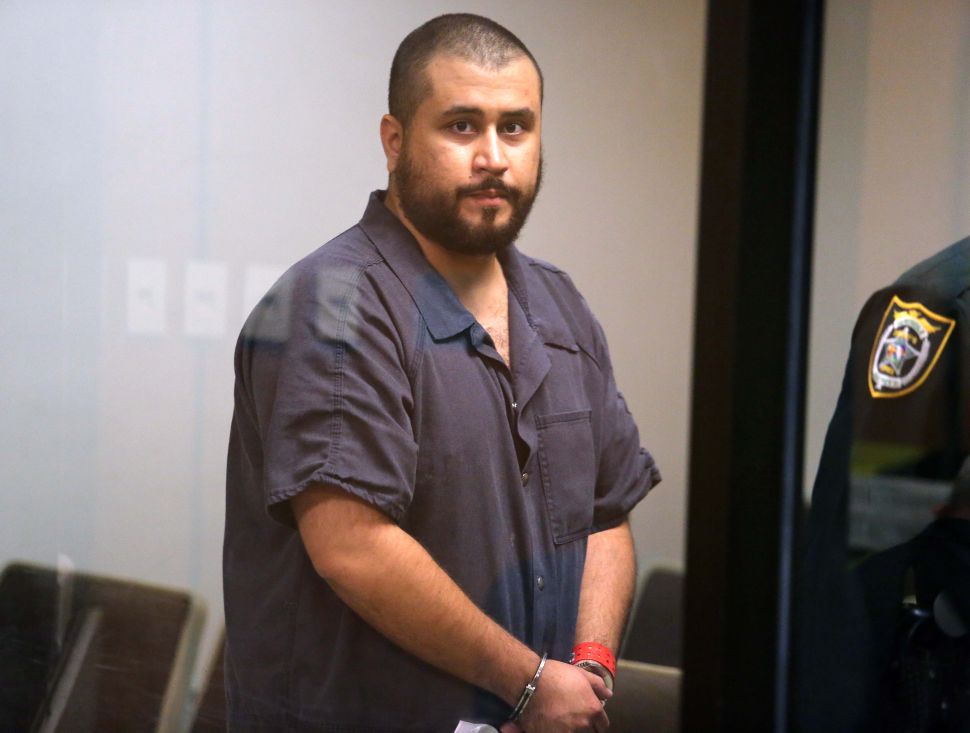