While nothing is permanent in politics, the dominance of the Democratic and Republican parties in the United States has been about as close to permanent as anything political can be.

For more than 160 years, these two parties have completely dominated the American political scene, with barely any competition whatsoever from any outside force. Only once since 1854, when the Republican Party was founded, has either major party placed lower than second in the popular vote during a presidential election, and only a tiny percentage of officeholders at any level have won office without affiliating with the Democrats or the GOP.

But huge fissures in both parties—which have come into stark relief during the presidential primaries—and a general revulsion for both Democrats and Republicans by the public, raise the question of whether the current two-party system’s days are numbered. If they are, who will benefit?

According to the Pew Research Center, both major parties are underwater in their favorable/unfavorable ratings, though the Democrats do fare significantly better than the Republicans. Per Pew’s survey of April 28, 2016, 45 percent of the public has a favorable view of the Democratic Party, compared to 50 percent with an unfavorable view—figures that are generally unchanged since last October. These numbers are stellar compared to public views of the GOP, which as of April 28 had a 33 percent favorable view, compared to 62 percent unfavorable. This represents a drop-off from a 37 to 58 percent split in October. The survey reveals only 68 percent of Republicans view their own party positively, as compared to 88 percent of Democrats.

In both parties, pitched battles have erupted between the party establishments and populist insurgents. On the Republican side, where the fault lines have become more pronounced more quickly, the populists have won the battle with the imminent nomination of Donald Trump as the GOP’s presidential nominee. On the Democratic side, the populists—still rallying behind the mathematically doomed candidacy of Bernie Sanders—are going to lose this round, but they are clearly in the ascendant, as evidenced by how Mr. Sanders has performed among younger voters in his run against Hillary Clinton. Mr. Sanders has regularly won massive majorities among voters under age 35, where Ms. Clinton’s support has largely come from older voters, who tend to vote in greater numbers than their younger cohorts. The writing is on the wall, and it may be merely another election cycle or two before progressive populists also prevail.

These populist rebellions are driven by general alienation and disaffection by those on the right and the left who feel that establishment politics benefit only the wealthy and powerful and leave everyone else out in the cold.

The results of this year’s nominating races threaten to split both parties, with significant numbers of establishment Republicans and populist Democrats telling pollsters they will not support their preferred parties’ respective nominees. A USA Today/Suffolk University poll released April 25 showed that 40 percent of Republican respondents were unsure whether they would support Mr. Trump and that they were open to voting for Ms. Clinton, supporting a third-party candidate, or staying home. The same poll showed 40 percent of Mr. Sanders’ supporters saying they were unsure whether they would vote for Ms. Clinton in November. Many of his supporters feel the Democratic Party has stacked the deck against his candidacy to protect Ms. Clinton.

If both major parties suffer significant defections in November, the likeliest beneficiaries could be the nation’s third- and fourth-largest parties, the Libertarian Party and the Green Party. For those unfamiliar with these parties, the Libertarians favor a laissez-faire philosophy on both economic and social issues, while the Greens have a far-left, activist orientation that outstrips the moderately progressive tendencies of the center-left Democrats.

The Libertarians, who in 1996 became the first third-party to gain ballot access in all 50 states, have never received more than 1.06 percent of the vote in a presidential election, which happened in 1980. It only broke the one-million vote mark for the first time in 2012, when former New Mexico Gov. Gary Johnson, previously a Republican, took 0.99 percent of the national popular vote as the Libertarian nominee.

That’s why a Monmouth University poll, released March 24, was extremely noteworthy and should have gotten more attention than it did. Testing a three-way race between Ms. Clinton, Mr. Trump and Mr. Johnson, the survey found the Libertarian’s support at 11 percent, roughly 11 times its best previous performances.

The Greens hit a high- mark of 2.74 percent of the national popular vote in 2000, when famed consumer advocate Ralph Nader won nearly three million votes as the party’s nominee and deprived Democrat Al Gore of an Electoral College victory over George W. Bush. However, the party’s support has typically hovered below less than one-half of one percent, with 2012 nominee Jill Stein earning 0.36 percent, tripling the party’s percentage of 0.12 percent in 2008.

The Greens are clearly looking to capitalize on the anger of Mr. Sanders’ supporters, with Dr. Stein penning an open letter to Mr. Sanders on April 22 calling on him to forge an alliance with her party if he loses the Democratic nomination to Ms. Clinton. The letter did not specify what that might mean—to wit, whether Mr. Sanders would be able to swoop in and capture the party’s nomination, or whether he might be asked to serve as running mate, for example—but he could very possibly steer some segment of his voters in that direction if he chose to do so. With Mr. Sanders set to easily eclipse ten million votes in this year’s Democratic primaries, gaining even a portion of those voters could give the Greens a larger number of votes than they ever dreamed of getting before now. Given Mr. Sanders’ spectacular fundraising successes, the Greens also could gain an unprecedented infusion of greenbacks if they could lure the “independent socialist” Senator from Vermont into such an alliance.

Now, a cautionary word: history is littered with examples of third-party and independent candidates who polled well in the spring and summer before swooning in November, so perhaps Mr. Johnson’s 11 percent showing should not be taken at face value. In 1992, billionaire Texan H. Ross Perot was leading some national polls with well over 30 percent, before fading to 19 percent in the general election and winning no electoral votes. There are also no guarantees that Mr. Sanders, if he chose, might be able to steer millions of votes to the Green Party that would otherwise go to the Democrats, though many of his supporters appear ready to follow wherever he decides to lead. But as we saw in 2000, if a third party gains even two to three percent of the vote nationally, it can be enough to turn an election.

It can be safely presumed, given the Green Party’s extreme left political positions, that many votes cast for the Greens would come at the expense of the Democrats, though to be fair, the Greens may also gain votes from progressives who otherwise may not have voted at all. As to the Libertarians, the fact that the Monmouth poll showed both Ms. Clinton’s and Mr. Trump’s numbers declining when Mr. Johnson was included, their impact is less straightforward, though it does appear the Libertarian ticket would take more from Mr. Trump than Ms. Clinton. Considering the Libertarian Party’s anti-regulatory bent, which dovetails neatly with the Republicans’ economic philosophy since the time of Reagan, this cannot be considered a surprise.

Another fact that could bolster Libertarian performance in this election is the fact that Mr. Trump is not pledging fealty to cherished Republican policy positions. His willingness to buck GOP orthodoxy on taxes and health insurance leaves an opening for the Libertarians to pick off Republicans who are dismayed by his imminent nomination.

Bottom line: if the unpopular presumptive Democratic and Republican nominees cannot mollify key constituencies before November, we could see a shakeup in the two-party system that hasn’t been seen in well over a century. And if a four-person race happens with significant defections on both the left and the right, the ultimate result of November’s election becomes a lot less predictable. Stay tuned. 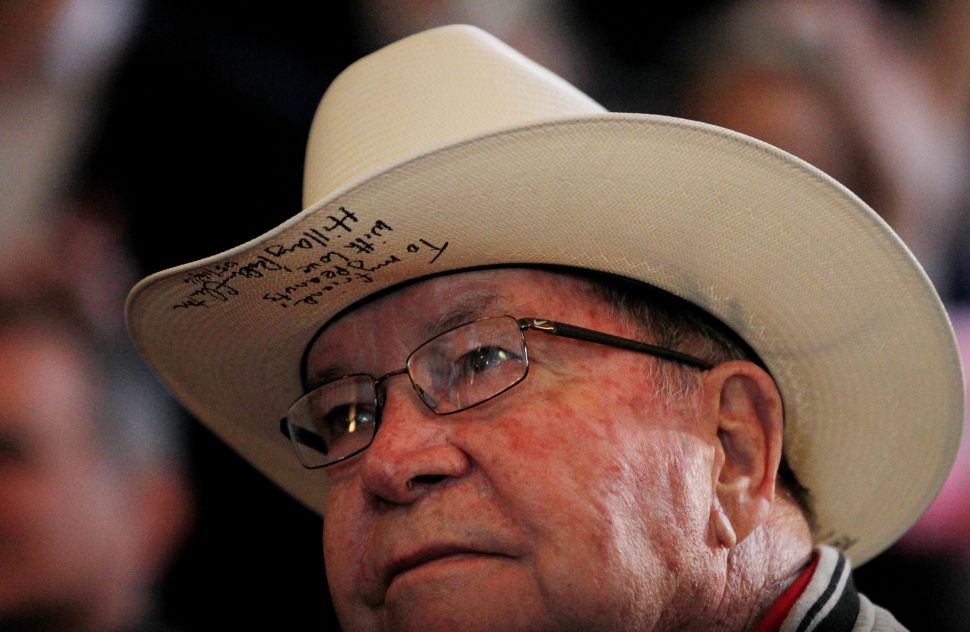