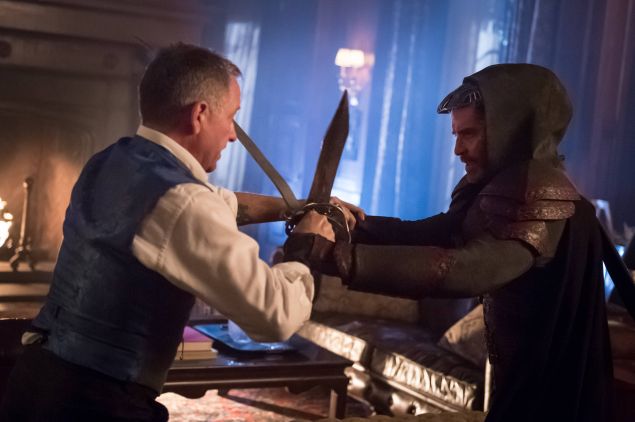 This episode of Gotham, appropriately titled “Unleashed,” is the ultimate litmus test to see if a person is into this show or not. How so? Here, let me present to you– with nary an opinion, judgement, or commentary–the events which transpired over a mere 60 minutes, Gotham time:

Theo Galavan, recently raised from the dead by the mad scientist responsible for Jurrasic Park, has been brainwashed into thinking he’s an ancient holy-warrior-ninja named Azrael. He demonstrates this belief by wearing hockey pads and murdering priests. He has a mission–kill Jim Gordon–because Jim Gordon is the only detective in Gotham City who could believably pass a high school placement test, so Hugo Strange needs him dead. Unfortunately Theo’s maybe-maybe-not a dominatrix sister, who has been living maybe-maybe-not consensually with Butch Gilzean, accidentally reminds her brother that his true mission isn’t killing Jim Gordon, it’s killing a 14-year-old billionaire for obscure religious reasons.

Elsewhere, Selina has managed to straighten her hair despite the fact she is homeless.

Alfred and Bruce hear about Theo’s impending arrival and set about putting up protetion but do NOT, for some reason, just hide in the secret cave it took them ten years to find. Nevertheless, Theo evades their defenses with his patented “just swing through a window” move, tosses Alfred out a window like a sack of British potatoes, and makes his move on Bruce. Bruce–maybe because of self-defense, maybe because he does not yet have his learner’s permit–runs Theo over with a car. But because Theo is for-real immortal now and not just brainwashed immortal(?) he survives this. Theo also survives Jim–who shows up in a car he commandeered, despite no longer being a police officer–emptying a gun into him.

Luckily, Oswald shows up with Butch. Butch, spurred on by the fact that a woman looked at him without fainting, straight up blows Theo Galavan to pieces with a bazooka.

I truly don’t think anything in this world could encapsulate all that is Gotham better than that GIF. It’s a man wearing one of the costumes still left at Party City in November getting shot with a bazooka, while a little evil penguin man looks on. That is FOX’s Gotham, take it or leave it.

Now, back on the record, I can divulge that this is all I will ever need in a TV show. Little sense, just pure, unfiltered–some would even say unleashed–entertainment. Sorry, The Sopranos. Sorry, The Wire. Sorry, RuPaul’s Drag Race seasons 2-4. The moment Butch walked into frame scored by what I think was a demon orchestra as conducted by Tim Burton holding a damn rocket launcher, TV hit its actual peak. We’re all living in a post-Butchzooka world now, and everything else is just flaming Galavan pieces raining from the sky.

I mean, there are fair critiques you can lobby at “Unleashed,” like the fact that most if not all of the plot made no logical sense, and most of the story beats resembled the writers pointing a pen at their Final Draft document and screaming “AND NOW: SCENE CHANGE!” Like, Eddie Nygma is a super-clever borderline evil genius and his escape plan couldn’t happen until he remembered air vents were a thing.

But no, I’m too busy basking in the flames of leftover Galavan. The one, single, solitary thing that would ruin my opinion of Gotham right now is if you told me Fish Mooney was coming back next week.

As always, let’s run down every reference, fact, and nugget of Bat-history brought up in the season 2, episode 20, “Unleashed.” 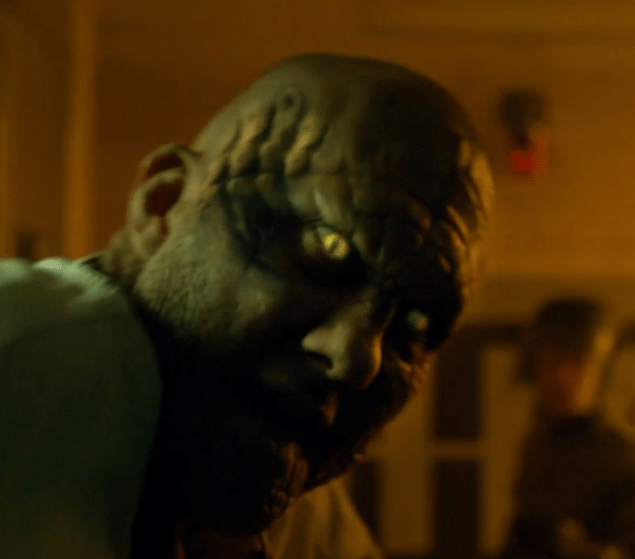 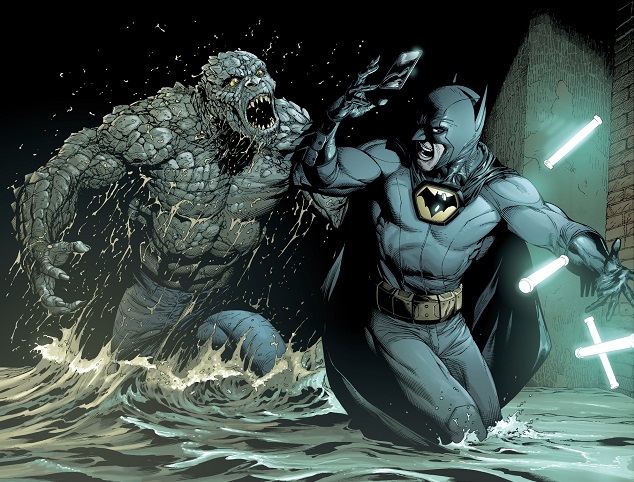 Since his first appearance in 1983, Croc has sort of transformed from just a gangster with a skin condition to a straight up 8-foot-tall man-monster that eats people. The upcoming Suicide Squad version of Croc looks like it lands somewhere right in the middle. But if you don’t feel like spending $14 to enable Jared Leto’s condom pranks just to get your Killer Croc fix, all you need is this definitive take, from Batman: The Animated Series, in which Croc details the time he almost killed Batman. 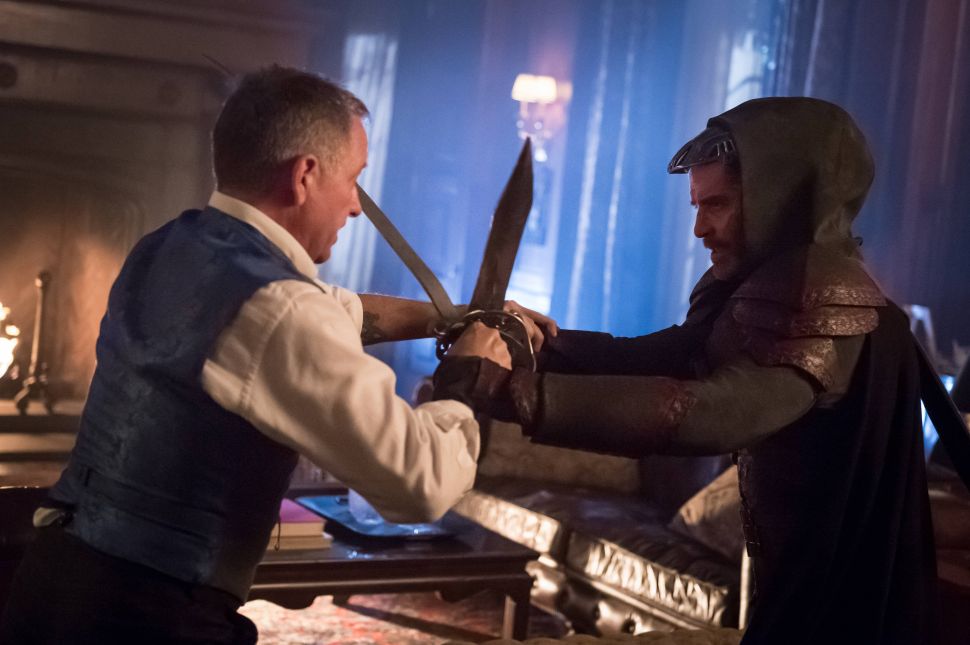