The Broadway musical Hamilton has racked up a Grammy, a Pulitzer Prize and a boatload of celebrity endorsements since opening last summer. Now it’s broken another record.

This morning Lin-Manuel Miranda’s monster hit received 16 Tony nominations, the most of any show in Broadway history—the previous record holders were The Producers and Billy Elliot, which received 15 nominations each.

Mr. Miranda was nominated for writing the show’s book and score—in the latter category he competes against heavyweights like Andrew Lloyd Webber (School of Rock), Sara Bareilles (Waitress) and Steve Martin (Bright Star). He was also recognized for his performance as Alexander Hamilton.

Six other Hamilton actors were also nominated, including Daveed Diggs, who was on the cover of the Observer earlier this year.

Competing with Hamilton in the Best Musical category are Bright Star, School of Rock, Shuffle Along and Waitress.

The extremely competitive Best Revival of a Musical category includes The Color Purple, Fiddler on the Roof, She Loves Me and Spring Awakening.

On the play side, frontrunners Eclipsed and The Humans are duking it out with The Father and King Charles III, which closed in January.

Two Arthur Miller plays, The Crucible and A View From the Bridge, compete with Long Day’s Journey Into Night, Noises Off and Blackbird in the Best Revival of a Play category.

The directing categories, which combine new shows and revivals, offer some clues about what’s ahead in each race. The musical side pits the directors of Hamilton (Thomas Kail) and Shuffle Along (George C. Wolfe) against the helmers of The Color Purple (John Doyle), She Loves Me (Scott Ellis) and Spring Awakening (Michael Arden). On the play side, Ivo van Hove (A View from the Bridge) and Jonathan Kent (Long Day’s Journey Into Night) face off against Liesl Tommy (Eclipsed), Joe Mantello (The Humans) and Rupert Goold (King Charles III).

The acting categories feature a who’s who of A-listers, including Jeff Daniels (Blackbird), Frank Langella (The Father), Gabriel Byrne and Michael Shannon (both Long Day’s Journey Into Night).

Danny Burstein, nominated for playing Tevye in Fiddler on the Roof, is the musical actor with the most to lose—this is his sixth nomination, and he has yet to win. He’s up against Mr. Miranda and Leslie Odom Jr. (Hamilton), Zachary Levi (She Loves Me) and Alex Brightman (School of Rock).

As always, there were some notable snubs among the nominees—Ben Whishaw and Saoirse Ronan were passed over for their work in The Crucible, while Audra McDonald and Jennifer Hudson were left off the nomination rolls for their work in Shuffle Along and The Color Purple, respectively. American Psycho, a musical which grappled with wildly mixed reviews, had to settle for two tech nominations, scenic design and lighting design.

The 70th annual Tony Awards ceremony will take place on June 12 at the Beacon Theatre. The show will be broadcast on CBS beginning at 8 PM. 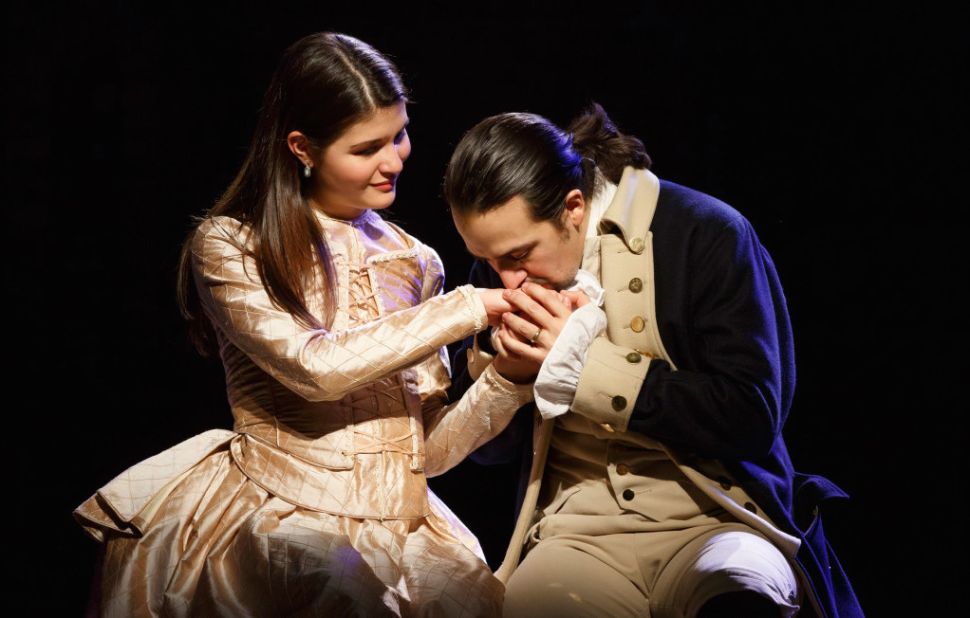