Harvard is currently evacuating buildings on the Harvard Business School campus due to a received bomb threat. It is currently unclear who made the threat, and by what medium.

The following buildings have been evacuated:

Students were notified of the threat by an email from Steven Catalano, Special Advisor to the Chief of Police, and member of the Harvard University Police Department.

This most recent threat follows another threat in November of last year, which was made on the Harvard University campus. After a lengthy investigation no perpetrators were found.

The Business School is located roughly half a mile away from the College, and is separated by the Charles River.

The timing of this threat is especially odd considering that the school is no longer in session, as the semester ended over one week ago. First year students are, however, in finals and commencement begins in a week.

Avrahm Berkowitz is a third year student at Harvard Law School, and a Teaching Fellow at Harvard College. Follow him on twitter @avrahmi1 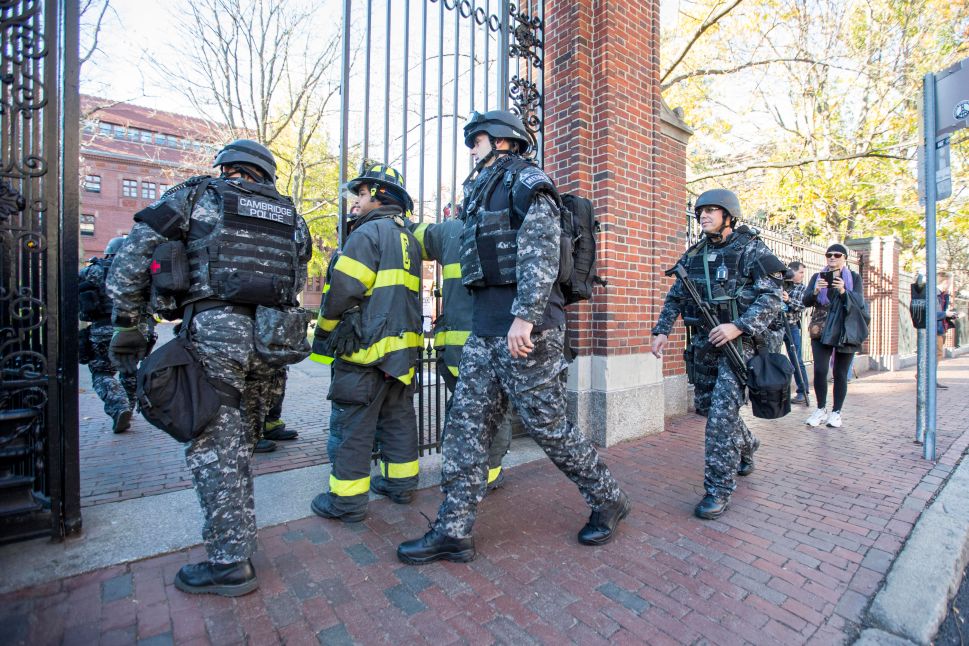