A few years ago, to the excitement of many a NYU student, Jude Law decided to take up residence in a Greenwich Village penthouse that just so happened to be next door to one of the college’s freshman dorms.

We could see why Mr. Law would be so taken with the 3,500-square-foot duplex at 135 West 4th Street—it was built in 1860 as a Methodist church before being converted to a condominium in 2006, and retained such features as original stained glass windows and beamed ceilings.

Sadly for the co-eds, Mr. Law didn’t seem to be quite as enamored with his new neighbors as he may have been with the penthouse, which he rented while he was starring in ‘Hamlet’ on Broadway in 2009.

While the students were rather thrilled when Mr. Law happened to step out onto his terrace, the actor grew somewhat tired of having his name screamed out, and proceeded to reportedly throw oranges at the dorm windows.

Hopefully, the new occupant of the penthouse doesn’t have quite the same penchant for citrus as Mr. Law. After being put on the sales market by an owner known as Fnyt Property LLC in September, the three-bedroom, 2.5-bath condo has found a buyer.

The apartment, which was last listed for $12.5 million by Core broker Jim St. Andre, has quite a few other attributes other than just being graced by the British actor’s presence. There are 20-foot ceilings on the upper level, an open Boffi kitchen, and a floating chrome staircase. There’s also a library-slash-media room, Venetian white plaster walls, and Brazilian walnut floors.

And, of course, there’s the wall of glass that opens out onto the 500-square-foot terrace, where Mr. Law was known to work out with his trainer to the elation of the NYU students who proceeded to take as many photos as possible on their phones.

The current owner paid $6.3 million for the condo in 2009, so we imagine there must have been quite the renovation to spark the near doubling of the price tag–or, maybe the fact that Jude Law deigned to occupy one of the bedrooms at some point in the past has a larger impact on real estate values than one would ever have imagined. 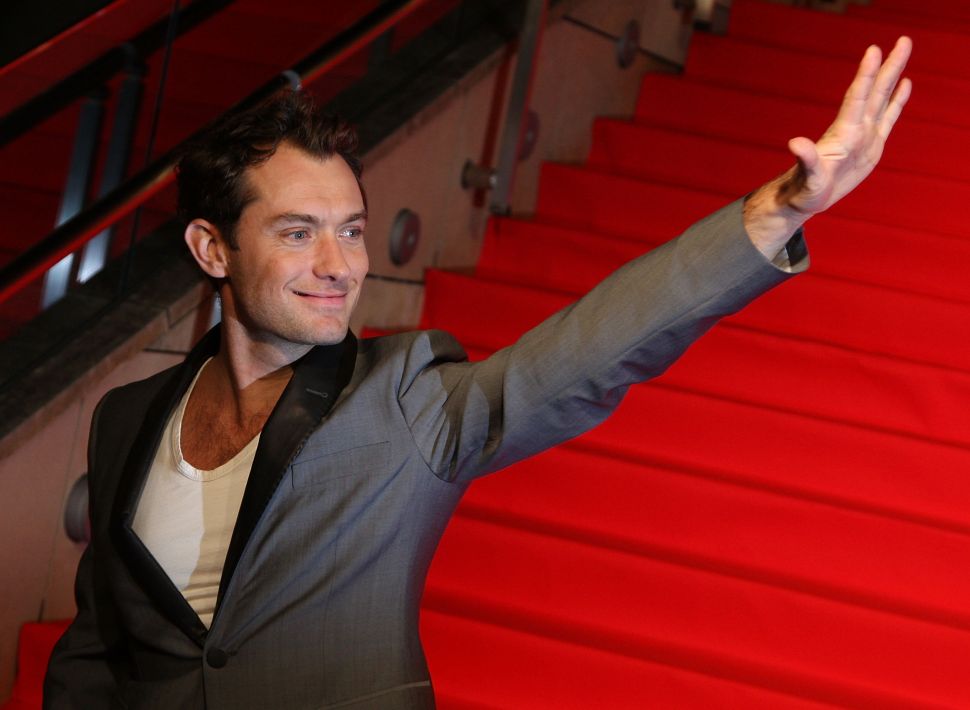