In a pre-release copy of a report on Hillary Cinton’s failure to obey federal record-keeping laws, which Politico obtained, the State Department’s Office of the Inspector General (OIG) delivers an 83-page doozy.

The State Department inspector general’s office concluded that the former Secretary of State violated legally-mandated record keeping requirements. Quote: “Secretary Clinton should have preserved any federal records she created and received on her personal account by printing and filing those records with the related files in the Office of the Secretary. At a minimum, Secretary Clinton should have surrendered all emails dealing with Department business before leaving government service and, because she did not do so, she did not comply with the department’s policies that were implemented in accordance with the Federal Records Act.” (That’s on document page 23, page 26 of the pdf. Check it out.)

Bureaucratese riddles that last sentence, but the message is clear: she broke the law. Hillary Clinton has indeed done something wrong—her claims of innocence to the contrary.

The honest truth is Ms. Clinton’s so-called email scandal isn’t about her email. It is about her dishonesty. In this case, her dishonesty evolves from lying to potentially criminal activity.

Hence the FBI investigation, with the possible crimes including serious, fundamental breaches of the laws implemented to protect national security secrets. Hillary Clinton decided to retain personal control of her government-related communications, and the OIG report speaks to this seeming crime. Hiding her government-related communications from legally-required scrutiny served Ms. Clinton’s own personal political interests—more important, to her, than obeying the law. Even worse, her actions prove more important than protecting the American people.

If the FBI concludes it has evidence of crimes, the DOJ must proceed. If it doesn’t, Congress must seek a special prosecutor.

The Federal Records Act has penalties for government employees who do not comply—of course, the Department of Justice has to enforce them.

A close reader of the document will note that current Secretary of State John Kerry agreed to an OIG interview. So did former Secretaries Condoleezza Rice, Colin Powell and Madeleine Albright.

A brief aside on tactics in Ms. Clinton’s War on Honesty: Dodging investigators and dodging reporters asking challenging questions is a move Ms. Clinton frequently employs. “Dodging” does two things. First, it buys time. It buys time to cobble together a cunning answer that The New York Times’ editorial page can tout as sufficient. Buy enough time and the questioner might quit asking questions, if only in frustration. Buy enough time and Ms. Clinton can claim the issue is “old news.” In the case of official investigators, dodging has operational efficacy. It reduces the possibility that Hillary will commit on-the-record perjury.

Back to the report: Buried way down in the document lies a telltale comment that strongly suggests calculated intent. OIG investigators “identified one email exchange occurring shortly before Secretary Clinton joined the Department that demonstrated a reluctance to communicate the requirement to incoming staff. In the exchange, records officials within the Bureau of Administration wondered whether there was an electronic method that could be used to capture the Secretary’s emails because they were ‘not comfortable’ advising the new administration to print and file email records.” (Document page 15.) Retaining records and submitting to requisite accountability rules is the requirement Ms. Clinton and her soldiers in her War on Honesty find uncomfortable.

Why the reluctance to obey the law? The OIG found an email in which Ms. Clinton tells her deputy chief of staff for operations, “I don’t want any risk of the personal being accessible.” This appears on document page 38 and leads to footnote 152. Tactical and operational dodging? Looks like it.

The State Department’s OIG report clearly documents apparent law-breaking. Perhaps the Obama Administration’s Department of Justice is waiting for the FBI to complete its investigation before pressing charges. If the FBI concludes it has evidence of crimes, the DOJ must proceed. If it doesn’t, Congress must seek a special prosecutor.

Under no circumstances should Hillary Clinton ever serve as President of the United States. From the White House, her War on Honesty will become a war on the American people.

Austin Bay is a contributing editor at StrategyPage.com and adjunct professor at the University of Texas in Austin. His most recent book is a biography of Kemal Ataturk (Macmillan 2011). Mr. Bay is a retired U.S. Army Reserve colonel and Iraq veteran. He has a PhD in Comparative Literature from Columbia University. 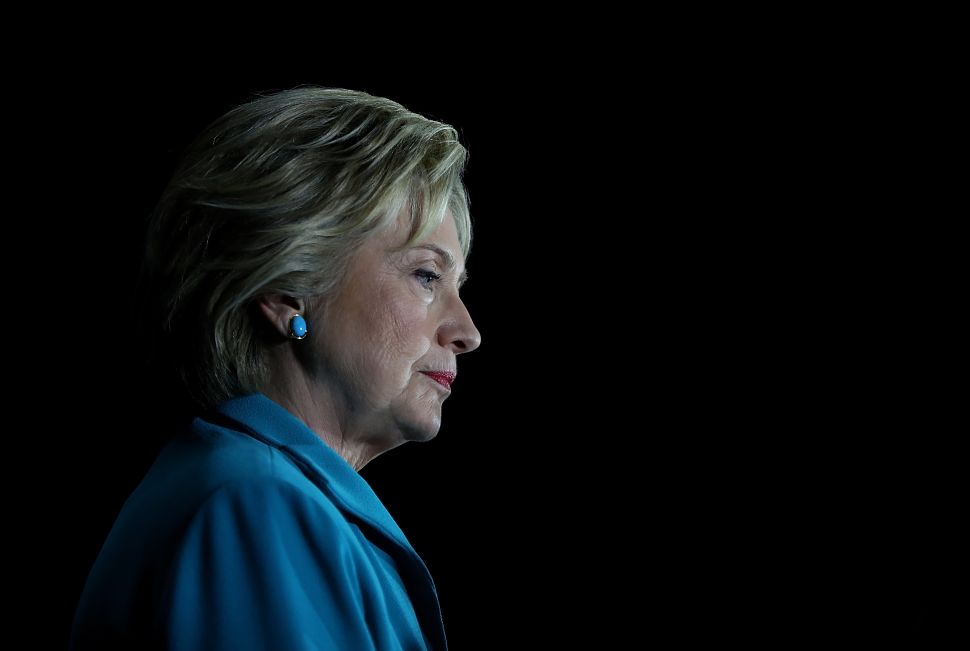