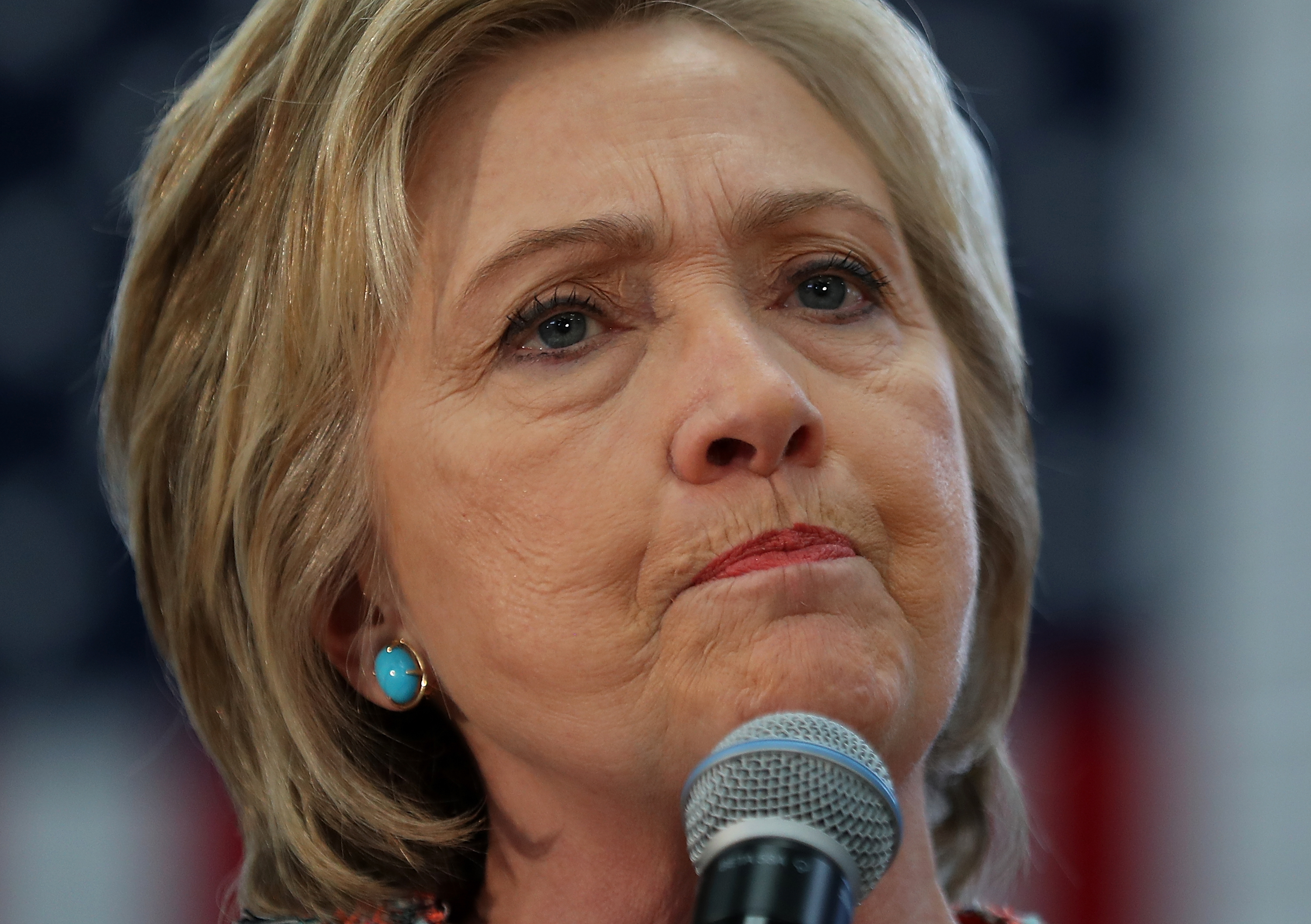 Bernie Sanders has accepted an invitation to debate on Fox News before the California primary while Hillary Clinton remains intent on trying to sit out the remainder of the Democratic primaries. Ms. Clinton agreed to a debate before the California Primary, but rescinded her promise to protect herself from exposure. Ms. Clinton’s apprehension has led presumptive Republican presidential nominee Donald Trump to entertain the possibility of debating Bernie Sanders in her place and donate the money from the high television ratings to charity. Despite the differences between Mr. Trump and Mr. Sanders, they both realize the important role of debates and policy. Debates are integral parts of democracy, as they provide an opportunity for candidates to express their views to the public. Throughout the Democratic primaries and her political career, Ms. Clinton has demonstrated an undemocratic lack of transparency with voters, relying instead on name recognition and strong ties with corporate, wealthy donors to boost her political power.

The DNC scheduled a limited number of Democratic primary debates at times when viewership would be low to protect Hillary Clinton from being challenged. The demands from Bernie Sanders’ supporters and widespread criticism eventually pushed Ms. Clinton and the DNC to agree on more debates, as refusing to do so would garner more damaging publicity than a debate possibly could. Now, with Ms. Clinton’s pledged delegate lead large enough for her to coast into the Democratic National Convention and more than likely maintain a lead, she has retracted back toward her comfort zone of secrecy.

Democrats cannot afford a presidential candidate with a disdain for public disclosure and transparency. In a March 2016 article for The Guardian, Jill Abramson alleges Ms. Clinton’s lack of transparency is symptomatic of her propensity for privacy rather than corruption. She cites, incorrectly, Ms. Clinton has the best rating on Politifact for honesty, when Bernie Sanders has a better record of honesty on the site with no pants-on-fire ratings at all, and the website has a limited number of investigations on comments from both candidates. Ms. Abramson claims the allegations of corruption and litany of scandals the Clintons are constantly embroiled in are merely manifestations of sexism, claiming it’s a double standard to insist on purity. Ms. Clinton has been subjected to some sexist criticisms, but cries of sexism to defend warranted criticism is baseless pro-Clinton wordsmithing.

American voters have a right to watch each presidential candidate debate and be publicly vetted, but Hillary Clinton has consistently stonewalled efforts to do so, as she vehemently asserts she is the most qualified to be president because it’s her turn.

The website http://iwilllookintoit.com/ has been counting the time, to the second, that has passed since Hillary Clinton first announced she would look into releasing her speech transcripts to Wall Street firms and other special interest groups. Instead of releasing the transcripts to put any suspicions to rest, she has evaded and dismissed the issue altogether.

In early April, the Clinton campaign blasted white noise outside of a fundraiser in Colorado to prevent reporters from listening to what Hillary Clinton said to her wealthy campaign contributors behind closed doors. As part of a conditional agreement before Hillary Clinton became Secretary of State, the Clinton Foundation was supposed to reveal all of its foreign donations. In 2015, The Boston Globe uncovered the Clinton Foundation failed to reveal any of its foreign donors between 2009 and 2013, who donated millions of dollars to the foundation.

“No presidential candidate can justify a conflict of interest of this magnitude; it is not merely the appearance of conflict but actual conflict of interest,” wrote Jennifer Rubin for the The Washington Post in regards to the foreign donations the Clinton Foundation received, many coincidentally after Ms. Clinton secured arms deals with foreign governments. A recent Bloomberg article reported a Canadian affiliate to the Clinton Foundation, run by Frank Giustra, has failed to disclose an additional 1,100 donors to the charity, and debunks Mr. Giustra’s claims that he is not allowed to reveal their names.

Demanding transparency and demanding purity from an elected official are not synonymous. Bernie Sanders is not perfect, but he is also unwilling to pander and “evolve” on issues for votes the same way Hillary Clinton has. He is also much more transparent, and has demanded more debates and town halls throughout the Democratic primaries and is more welcoming to the press.

While Bernie Sanders’ campaign has consistently asked for more media coverage, Hillary Clinton’s campaign has avoided it. This contrast speaks volumes to the type of candidate Hillary Clinton is and the way her presidency will be run if she is elected. Her refusal to debate Bernie Sanders before the California Primary affirms what Bernie Sanders‘ supporters have known throughout the primaries: if the Clintons are allowed to return to the White House, the American public should expect more scandals, controversies, evasiveness and smoke screening. 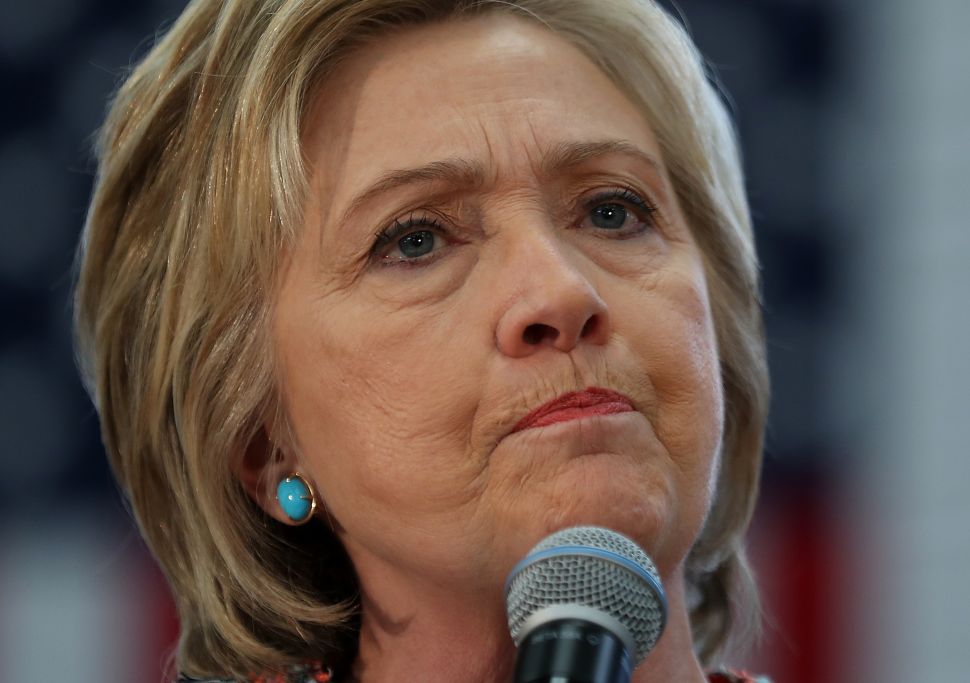