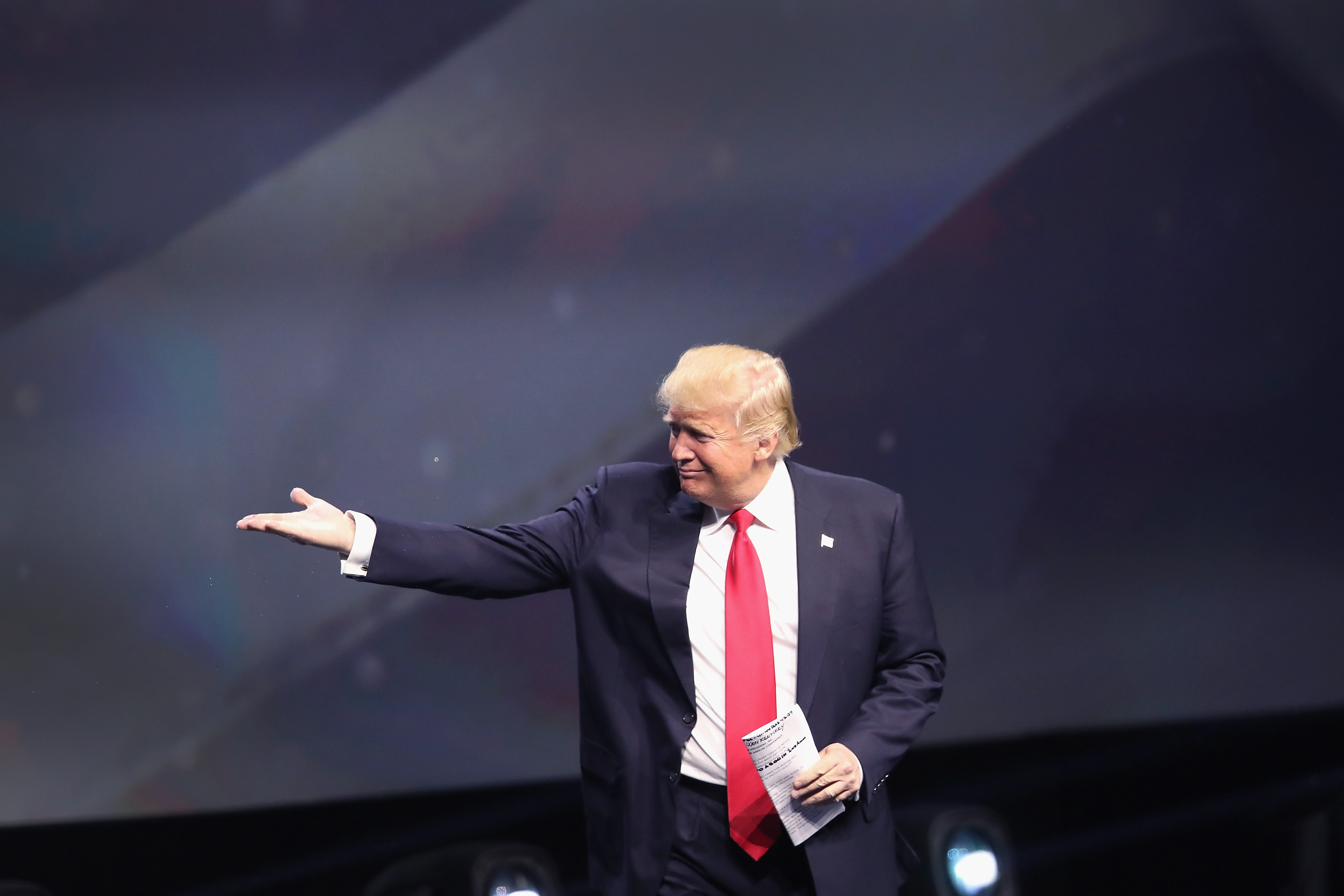 President Bill Clinton’s first midterm elections were held on November 8, 1994. All the polls had been running the way of the Republicans in the weeks leading up to that night. As the returns came in, election after election was called for the GOP. Soon the unthinkable had become clear: the Republicans had taken control of Congress for the first time since Eisenhower.

Two years prior Mr. Clinton had defeated the incumbent President Bush. Fleetwood Mac sang “Don’t Stop Thinking About Tomorrow” at the inauguration. The Age of Aquarius or something like it was finally here. After 12 years of Republican presidential hegemony, we would finally have gays in the military serving openly. Health care would be a right, not an expensive privilege. This wasn’t supposed to happen.

President Clinton had been thoroughly rebuked in the second-most-humiliating setback of his career (the worst, of course, came later). There was no spinning this one. Early claims that the results were about anti-incumbency dissipated when people realized zero Republican incumbents had lost reelection. It wasn’t too long before the most powerful man in the world had to take to the airwaves to whine. “I am relevant,” Mr. Clinton said. “The Constitution gives me relevance. A president—especially an activist president—has relevance.”

Relevance was all well and good, but it was hardly a reelection strategy. It was President Clinton’s chief strategist Dick Morris who came up with that one: Triangulation. “I stood in front of the president with my feet apart to represent the traditional views of the two parties,” Mr. Morris wrote in his memoir. “Then I stepped forward with my left foot to illustrate the new position he was shaping.” What that amounted to in practice was running against both the Republican nominee and the Democrats in Congress.

Throughout his career, Mr. Clinton has had no problem attacking his allies if said attacks could further him personally. In his 1992 campaign, for example, the Clinton/Gore ticket boasted that “they don’t think the way the old Democratic Party did.” This, despite the fact that said “old Democratic Party” still had hefty majorities in Congress. Once elected, one of his first acts was to try to allow gays to openly serve in the military—an action viewed as so radical at the time that he compromised it down to “Don’t Ask, Don’t Tell.” Less than three years later, President Clinton was signing the Defense of Marriage Act. He thus became the first and only American politician to go from fighting for gay rights to fighting against them. If there’s some underlying principle involved here other than the naked pursuit of power, it’s hard to fathom what it could be.

In 2004, he advised Senator John Kerry to campaign against gay marriage as well. It’s easy to imagine a scenario where President Clinton’s advice would have made the difference, especially with so many anti-gay initiatives on the ballot that year. Regardless of whether such a strategies were moral, they were certainly effective. President Clinton won reelection in 1996, while Mr. Kerry barely lost the 2004 election.

Bafflingly, it is Donald Trump and not Hillary Clinton who is picking up Bill’s strategy this year. There are at least four former Republican candidates who have refused to endorse the presumptive nominee despite having signed a written pledge to do so. Yet Mr. Trump isn’t holding them to their word. “I was rough with Jeb Bush,” he pointed out in a recent interview. “And I think if I was Jeb Bush, I wouldn’t vote for me either, if you want to know the truth.” He also told Ted Cruz not to feel any pressure to endorse him.

This is simply triangulation in Republican clothing. Mr. Trump understands full well that a candidate’s support is irrelevant if that candidate isn’t (re)elected. By absolving rivals from the need to endorse him—not to mention congressional and gubernatorial candidates—he’s allowing them to pick the strategy that works for them in their home state or district’s circumstances. Alison Lundergan Grimes lost her 2014 Kentucky senatorial race in part due to her coy refusal to admit that she had voted for President Obama. Mr. Trump is allowing candidates to not only disavow him but to actually write in some other candidate, and to campaign as such. Politicians understand the laws of power. It’s one thing to oppose a nominee during an election. Come January, a Trump victory would easily become, “I opposed Mr. Trump in the election but as a patriotic American I support the President, whoever they may be.”

There’s another message from the 1996 campaign that Mr. Trump appears to understand, but to which Ms. Clinton seems oblivious: Do not let attacks go unanswered. “As early as September 1995,” wrote Mr. Morris, “the president had been worried that in a massive ad buy, wave after wave of GOP media would drown out our message […] Our worries gave way to incredulity as the Republicans remained off the air throughout the primaries and stayed off the air even after Dole wrapped up the nomination.”

Earlier this week, the Clinton campaign announced that their explicit strategy to face off against Mr. Trump’s rape, perjury and sexual harassment charges is to… do nothing. “Hillary Clinton doesn’t care what he says about her,” insisted Clinton spokesman Brian Fallon. “If she’s just herself it’s going to be fine,” added Senator Claire “nothing to see here, folks!” McCaskill.

“By ceding the airwaves to us during this period,” Mr. Morris concluded, “the GOP lost whatever chance it may have had to win the election. By the time the Republicans advertised in June, Dole was finished. By then we had locked up the race.” President Clinton went on to defeat Senator Dole by nine percent, with his wife being defeated for the Republican nomination herself in 2000. As far as strategy goes, the Clinton ones worked while Dole’s doesn’t. Time is fast running out for someone to remind Hillary Clinton of this. 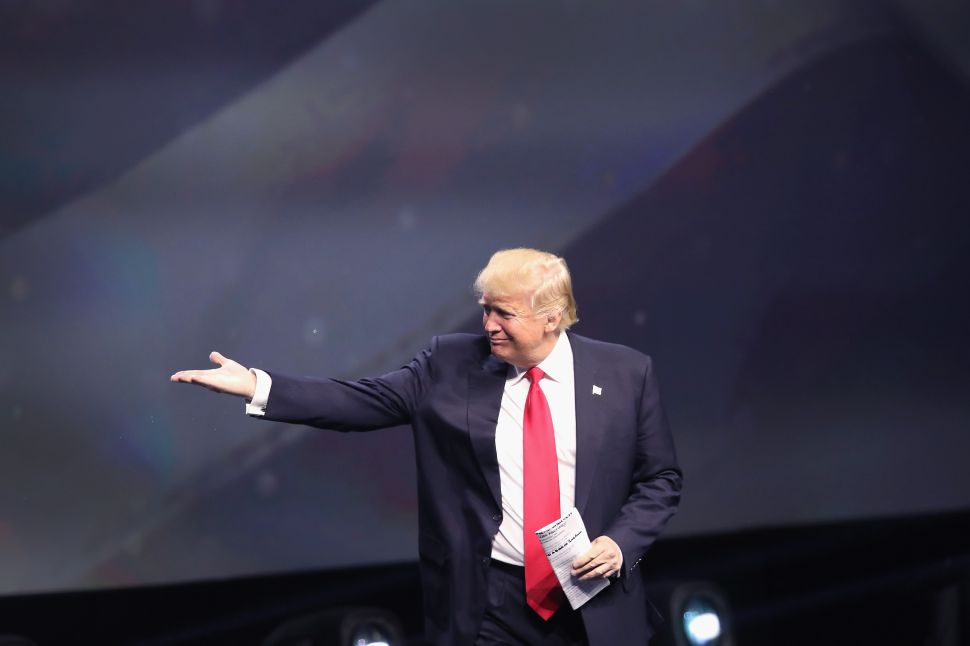