We just want to know: how excited are you for the upcoming Rocky Horror Picture Show on Fox, coming this Fall and starring Orange is the New Black‘s Laverne Cox (and some other people that are sadly not Susan Sarandon or the D.A. from Law & Order: SVU) (but Tim Curry will cameo so that is something, right)?

“Oh, I don’t know,” you’re saying. “It’s not like Grease: Live! was the world’s greatest thing. In general, I might be over networks putting on the equivalent of a high school musical with semi-famous celebrities and billing them as special ‘events’; all to get that sweet, sweet Nielsen demo.”

Oh, I didn’t know you were such a big Nielsen demo nerd.

“Wow, really?” you’ll reply. “That’s kind of ‘my thing.’ But yeah, that Nielsen demo that’s just the middle of a Venn Diagram comprised of a) 18-34 year-olds that b) actually own a television (or have signed a blood contract with Fox.com for streaming membership) and c) can still be duped into appointment viewing for non-sports-related events while d) are that invested in musicals.”

Wow, you’ve obviously put a lot of thought into this, but…

“Plus,” you’re rudely interrupting, “I mean, it’s no Hamilton at the Grammys.”

It’s probably not even going to be Hamilton stars performing at the ESPN upfronts!

“Stop showing off,” you’ll say. “Why do you always have to prove you know more than me?”

Sorry. Nevermind. Forget we mentioned it. 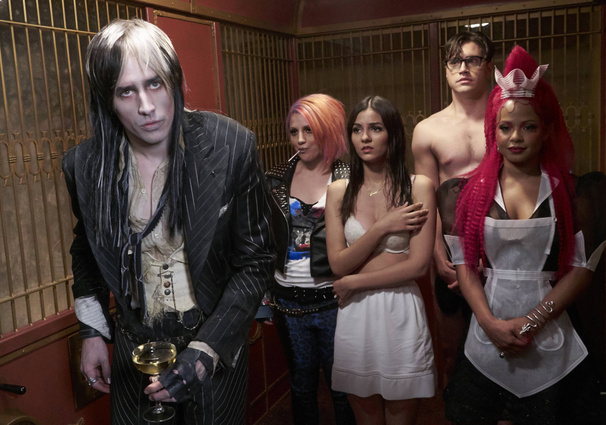