I had countless late-night conversations during my years at Harvard, but the one I will never forget took place far from Cambridge. During the summer before my sophomore year, a friend invited me to visit him during fraternity rush week at the University of Arizona. I said yes, and I figured the experience would approximate the movie “Animal House.”

Instead, the whole evening felt like a scene straight out of “Dead Poet’s Society.” I spent most of the night engaged in deep conversation. Though I was a stranger to them, the fraternity brothers opened up to me. We debated the nature of friendship and the value of education. We talked about our worst fears and our fondest hopes. We discussed what it felt like to be away from home for the first time and what that meant for our parents and loved ones. It was a full and freewheeling dialogue—precisely the kind I had gone to college to have.

And yet, I found this sort of discussion strangely missing at Harvard. The reason, I came to understand, was simple: There was something about being in the company of men, and men alone, that enabled us to speak openly and honestly about what was on our minds.

When I returned to campus in the fall of 1989, I set out to form Harvard’s first fraternity in decades. It wasn’t easy: The administration was opposed to the formation of fraternities, and the Dean of Students threatened to have me expelled. I pressed ahead anyway and found others willing to join me. The creation of our fraternity, Sigma Chi, remains a proud achievement. And just as I had hoped, the fraternity proved to be the source of many rich conversations and cherished memories.

It’s why I found the recent proposal to sanction members of Harvard’s single-gender organizations by barring their members from campus leadership positions and national fellowships so troubling. It isn’t worth rehashing the many and varied arguments that have been made against the decision—except one. What I haven’t heard seriously discussed is what might be lost if single-gender organizations cease to have a strong presence at Harvard.

Consider what might be uncomfortable for many to admit: that single-gender organizations are something unique and that their benefit might derive primarily from their exclusivity to a single gender. There is evidence to support this claim. Of the recent reporting on this debate, there’s perhaps no more striking anecdote than that of Ariane Litalien, a 2014 Harvard grad who revealed that it was her all-female sorority that helped her heal from the anguish of being sexually assaulted. Litalien had the courage to stand up and say that a co-ed sorority would not have been as free and safe a space for her—that at that time, an organization comprised entirely of women was what she needed.

Anecdotes are not data, and neither my story of male camaraderie nor Litalien’s story of female support constitute a convincing case. But when considered in the context of broader social trends, our stories begin to make sense. Take one of the more troubling social changes of recent years: the sad state of American friendship. Study after study confirms that we all have fewer close confidantes than ever before, and friendships with those of the same gender are in particularly dire straits.

What’s worse, these trends could foreshadow a deeper public health crisis. Harvard’s own Professor Robert Putnam has documented the harm done by these broken social bonds to our physical and civic health. People without close friendships are at greater risk for depression, heart attacks, and coronary heart disease, among many other afflictions. On the flip side, the psychological and wellness benefits of friendship have yielded the rarest of things in healthcare research: complete agreement. Friendship, researchers have all but concluded, is a wonder drug, yielding more positive and longer-lasting benefits than almost any relationship we cultivate.

Are single-gender groups by themselves critical to the state of friendship on Harvard’s campus? Of course not. But are they crucial pieces of a broader social structure, and do they enable and encourage long-lasting bonds? Indisputably so. At the very least, such data should give administrators bent on breaking up these organizations pause.

For many alums, the process that led to this decision concerned us as much as the decision itself. That there was no fair airing of views, that alumni and students were largely shut out of the process, that there seemed to be no substantive case offered for the other side—all of this added up to a picture of an administration that saw a goal—improving diversity and inclusivity—and used any instrument to get there, no matter how blunt.

Rather than sanction the individuals who choose to join finals clubs, fraternities, and sororities, here’s an alternative: The University should invite these organizations to join the recognized community of Harvard-affiliated groups. Try as the administration might to to keep them at bay, the students have decided that these groups play an important role on campus. By making them formal Harvard affiliates, the administration could respect the wishes of the hundreds of students and thousands of alumni who have benefitted from these groups, while also making sure that the groups adhere to Harvard’s policies.

I can’t imagine it will be easy for the administration to reverse course and to build bridges now that they have so definitively burned them. But listening to the opposing views, allowing your mind to be changed, and declaring yourself in the wrong when you were indeed in the wrong—aren’t these the very things a Harvard education is said to impart? Here’s hoping the administration leads by example. 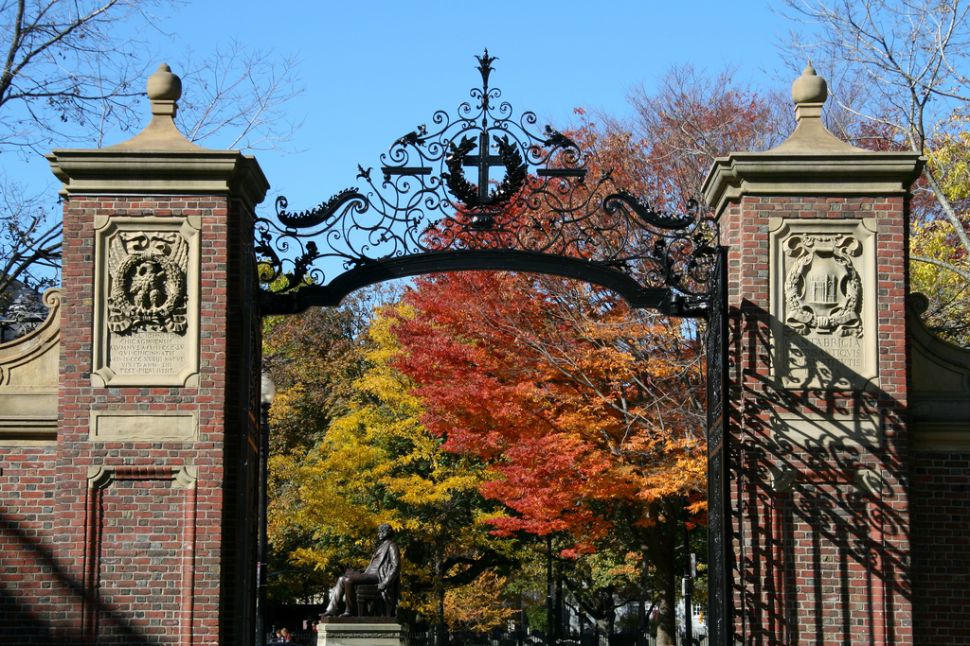