In 2004, prominent collectors the De Sole family bought an $8.3 million Rothko painting from the Knoedler Gallery that turned out to be by some Chinese guy they’d never heard of. Oops. In 1989, Steven Spielberg bought a $200,000 Norman Rockwell that turned out to have been stolen from a St. Louis gallery. Oops. And if you buy an antiquity these days that emerged from Syria, your purchase might be funding fundamentalist terrorists. Big oops. To make matters worse, Domenico De Sole is the Chairman of Sotheby’s and a highly experienced collector. It can happen to anyone.

In order to avoid the aforementioned oopsies, art collectors need to be informed. But the art trade has long thrived on the fact that so-called experts know much more about the works in question than the buyers. The high-end art market is, and always has been, one of the least-transparent markets in the world. Can you imagine buying, say, a house for $1 million, when you don’t know the current owner or how they acquired it, there is little or no paperwork attesting to its ownership history and upkeep, its price feels fairly arbitrary, and even though it looks like it’s made of bricks, you can’t really be certain, they insist on cash (possibly wired to a Swiss bank account), and you’re not permitted to investigate further before purchasing. Sound good? Welcome to the art world, where this sort of thing is normal, and has been for centuries. The opacity of the art trade has several facets. When the first auction houses, Sotheby’s and Christie’s, were first established, in the 18th century, their main business was liquidating the art collections of once-wealthy aristocrats who could no longer afford a life of luxury, what with the Industrial Revolution changing the way money was earned, and the feudal system out the window. Those aristocrats didn’t want to advertise their financial straits, and the auctioneers obliged by refusing to divulge the seller, simply referring to them as a “lady” or a “gentleman.” Even today, police sometimes need a warrant to oblige galleries or auction houses to reveal who consigned works to them. Then there’s the knowledge gap. There’s never been a tradition of buyers insisting on seeing forensic test results indicating the authenticity of a work that is for sale—though there likely should be. Buyers are told about the work by the expert—as much as the expert is willing to reveal about its authorship, subject matter, state of conservation, background story, provenance—and that’s it. Take it or leave it. If I were dropping a million on a painting (or a house, for that matter), I would not buy anything without knowing the owner, and without independent test results that indicated that the work is what the expert is telling me it is. But then again, I’m a professor specializing in the study of art crime (and I don’t sell enough books to drop a million on anything).

As the author of several books on art crime, and having taught the history of art crime for many years, I know scores of tricks that thieves, forgers and con men have used successfully in the past. We study history so as not to repeat past mistakes, and from these case studies, we can draw lessons for how not to be fooled in the future. With the Frieze New York art fair fast approaching, it’s a good time to look at five tips for how to buy legal, authentic art, wherever you may be, whatever style you prefer, and whatever your budget. Informed is forewarned.

Check with a stolen art database

In order not to be criminally liable should you (inadvertently) purchase stolen art, you need to be able to demonstrate two things: due diligence and a good-faith purchase. Good faith means that you must be able to argue that you genuinely thought the object was legitimate when you purchased it. Due diligence means that you checked around, for example with stolen art databases (like the one run by the Art Recovery Group) and the object wasn’t listed. This is a bare minimum, but just because a work is not listed as having been stolen, doesn’t mean it’s not potentially problematic (for example, any antiquity looted directly from the soil will not appear, because it was last seen centuries or millennia ago).

Ask about the provenance, then actively check it

Provenance is the documented history of an object. If you can’t trace the entire history of an object, that is not in itself cause for suspicion—few objects, aside from the very recent, have a complete ownership history. But ask about provenance. Antiquities must be accompanied by documentation that proves they were excavated and exported prior to 1970 in order to be tradeable (prior to the UNESCO convention that year, laws were disjointed and irregularly enforced, so a sort of amnesty is given to objects traded before that date). The more provenance there is, the safer you can feel that the work is a) authentic, if it has a charted history of people thinking it was authentic, and b) not stolen or looted. But few people check the provenance itself. If, say, a painting purports to have been exhibited at three different galleries, each of the galleries and exhibition dates should be checked. Red flags are raised when none of the provenance can be easily double-checked (if all three galleries are now closed, or the past owners are all deceased). Sometimes crooks indicate provenance that is not actually related to the object in question.

Look at the back of works, outside of their frames

Backs of paintings and prints (and bottoms of sculptures) contain a wealth of information: things like stickers or stamps from past owners or sellers, customs permissions, as well as the normal wear-and-tear that you’d expect from an object that may be hundreds of years old. Forgers tend to be lazy about doctoring the parts of the works that are normally hidden. The most frequently forged type of art is 20th century lithograph prints, by the likes of Dalí, Miró, Chagall and Picasso (who is also, by far, the most frequently-forged artist). These are normally sold nicely matted and framed, and it seems a shame to dismantle them to look at the back of the work. But a quality laser print on fancy paper made last Tuesday looks almost exactly like a lithograph from the 1950s when encased in glass, so collectors should feel empowered to insist that they see all sides of the art they’re planning to buy.

There’s no good reason why forensic testing of artworks prior to sale is not standard. Buyers don’t insist, so there’s no incentive for sellers to do it—we’re supposed to rely exclusively on expert opinion. But I always advise collectors to inquire about forensic test results, and if there are none, to ask if you could pay for forensic testing yourself, prior to purchase. Testing these days is not necessarily invasive and might cost as little as a few hundred bucks. Not much for peace of mind when you’re about to pay six or seven figures. Then gauge the reaction of the seller. If they refuse, consider walking away. After all, I wouldn’t buy a used car unless my mechanic checks it first.

Do not buy any antiquity that may have come from conflict zones, like Syria and Iraq

Recent documentaries and investigations have shown how some bad seeds in the art trade knowingly sell antiquities looted or stolen from conflict zones, which can mean that your purchase is funding terrorists (if you want to see how this works, check out the film Blood Antiques). Don’t be a party to this, even unwittingly. It’s hard to request a moratorium on buying antiquities from the Levant, but unless they come with extensive (and verifiable) provenance to show they’ve been in foreign collections for decades, I wouldn’t even consider them.

Noah Charney is professor of art history and best-selling author of, most recently, The Art of Forgery (Phaidon). 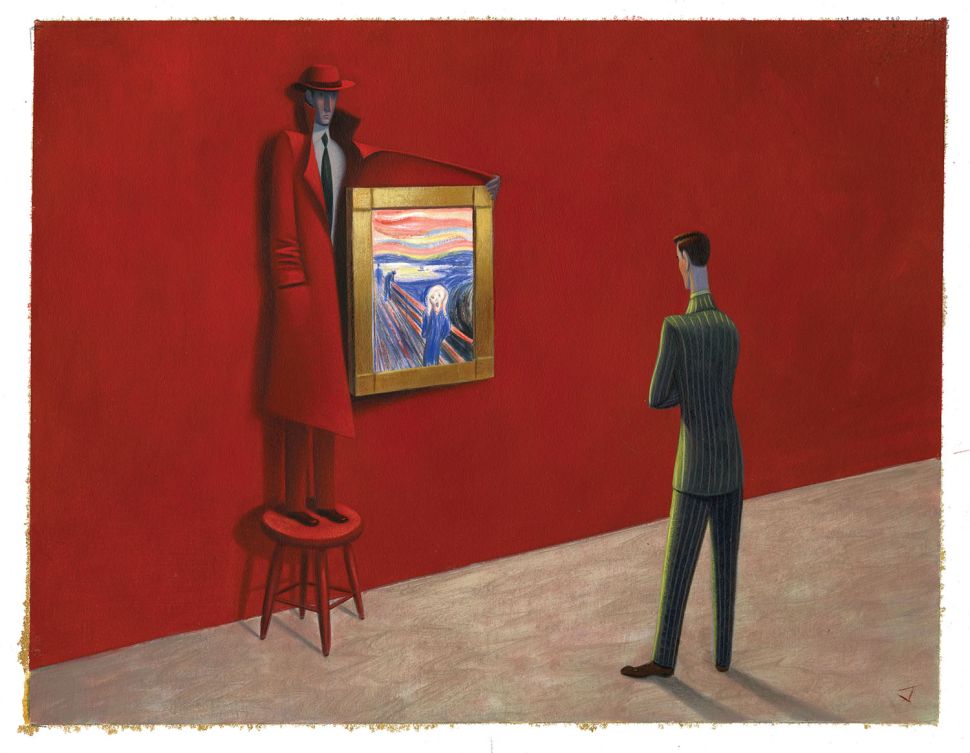