In the song “Start Me Up,” the Rolling Stones sing of female sex appeal from the point of view of an older gentleman.

Sold in market down in New Orleans

Hear him whip the women

And in “Sympathy for the Devil,” Mr. Jagger sings about various moments of history—from Satan’s point of view.

He declares “I shouted out, ‘Who killed the Kennedys?’ when, after all, it was you and me.” Then he doubles down on the transgressive nature of the lyrics with:

“Just as every cop is a criminal

And all the sinners saints.

As heads is tails, just call me `Lucifer’

’Cause I’m in need of some restraint.”

Thirty, 40 or 50 years ago, these politically incorrect songs would have offended some listeners, especially parents of young Stones’ fans. Their songs were demonized as much as those of any modern rap or hip-hop artist.

Today, those very Stones songs offend the Stones themselves—at least when they are played at rallies for Donald Trump, the presumptive Republican nominee for president.

In a statement issued Wednesday, the Stones demanded Mr. Trump change his tunes.

“The Rolling Stones have never given permission to the Trump campaign to use their songs,” their official statement said, “and have requested that they cease all use immediately.”

Quite probably, musical artists could deny use of their music in a TV commercial. But playing those songs at a rally is kind of all right if the campaign has obtained a “blanket license” from ASCAP or BMI. But the artists can still sue, so politicians usually back down short of legal action against them.

“Because nobody sued, the candidates always thought they could get away with it, and they still think that today,” copyright lawyer Lawrence Iser told The New York Times. “What did you get? You got some publicity. You got a takedown letter. Typically, the campaigns would stop using the piece.”

Stones’ music has much in common with Mr. Trump. Both express offensive ideas from time to time and both have been accused of sexism and misogyny. And both the Stones and Mr. Trump are different than anything that has come before them. But even the Stones have their limits.

In concert for the last few decades, they have censored that opening stanza from “Brown Sugar”—the one about whipping slave women. Now, Mr. Jagger simply sings “Scarred old slaver knows he’s doin’ all right. You should have heard him just around midnight.”

To emphasize the change, backup singer Lisa Fischer—a black female—sings these words alongside Mr. Jagger, enunciating them clearly with exaggerated mouth movement to drive home the point to the audience that even the Stones sometimes back down.

This is not the first clash between the Stones and Mr. Trump. Their 1989 “Steel Wheels” tour ended in Atlantic City and the final show—on television—was sponsored by Trump Plaza Hotel and Casino.

In a recent story on Salon, the tour’s promoter Michael Cohl said the contract called for Mr. Trump to stay away from the event and not be involved in any promotional capacity outside Atlantic City. He was forbidden to use the event to publicize himself.

But, before the show, with the Stones already there, Mr. Cohl said he got a message that Mr. Trump was giving a news conference nearby.

“They begged me to go up, Michael,” Mr. Trump said, according to the story. “Stop it,” Mr. Cohl said. “Don’t make a liar of yourself.”

“Keith pulls out his knife and slams it on the table,” Mr Cohl said, according to Salon. “What the hell do I have you for? Do I have to go over there and fire him myself? One of us is leaving the building—either him or us.”

This brought an end to the confrontation.

“And that was the night I fired Donald Trump,” Mr. Cohl said. 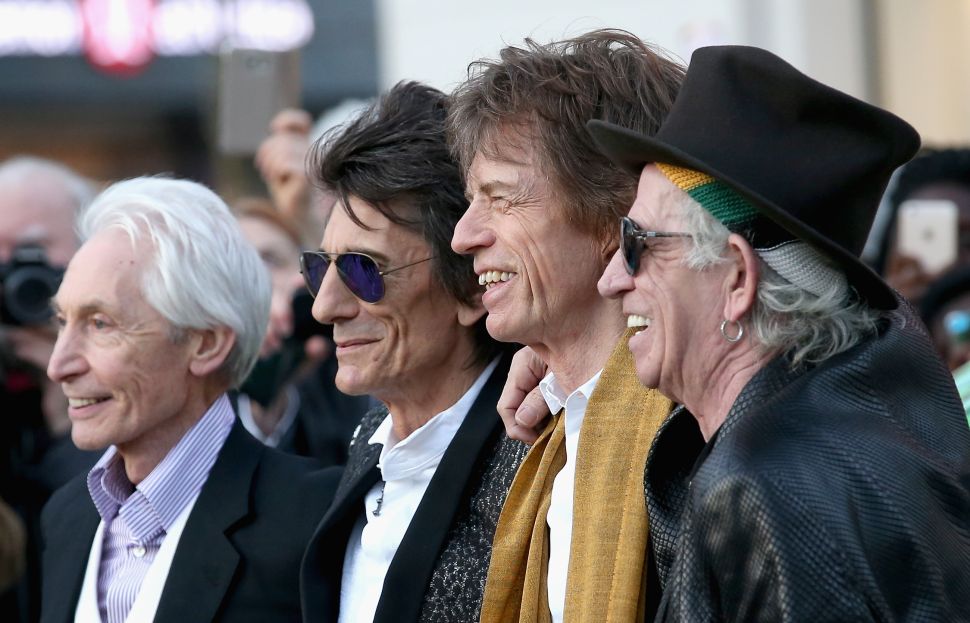