This Kickstarter, running through June 4, is attempting to raise $20,000,000 to “Fix Dorne,” referring to the subplot set in Westeros’ sunniest locale in HBO’s Game of Thrones. The campaign has raised $23,069 as of this post because, well, honestly, I don’t know why it’s raised that much money. Come on, people. Donate to a charity. Send the money directly to George RR Martin. Don’t do this.

For those unfamiliar with the Dorne subplot, the campaign’s homepage sums it up: “After a promising start featuring a totally on point motorcycle jacket, Jaime Lannister enlisted the help of a reluctant Bronn the Sellsword to embark on a secret mission to Dorne in order to re-unkidnap Jaime’s public secret daughter, Princess Myrcella. The rest, unfortunately, is history.”

I mean, they’re not wrong about the jacket.

For everything else, I think we need to untwist our Meereenese knot and calm down a little re: Dorne. Yes, Jaime and Bronn’s super stealth mission into Dorne was more like a seasonal sojourn, and true, their fight scenes with the Sand Snakes seemed to be choreographed by a high school dance coach and yes, fair, season six’s premiere pretty much erased Trystan Martell, Doran Martell, and the not-as-badass-as-he-should-be Areo Hotah in the span of five minutes and three half-hearted stabbings.

All legit complaints, but we don’t need to give four random dudes $20,000,000 to fix it. Game of Thrones just needs to pivot with, maximum, these three easy course-corrections:

Step 1: Give the Sand Snakes and Ellaria more motivation than “RARGH REVENGE”

So far, Ellaria Sand and the Sand Snakes have not only murdered their relatives, loyal bodyguards, and a 13-year-old princess but also advocated full on war for one reason: the death of Oberyn Martell, AKA Cool Dorne Dad. Which is fine–no one wants their illegitimate father to get his skull crushed–save for two things. 1) Gregor Clegane killed Oberyn one-on-one in a totally fair, legitimate trial by combat and 2) Doran Martell still had a subtle, complex plan to take down the Lannister family anyway. He straight up told Ellaria that, and her response was “Oh yeah well *stab stab stab*.”

Ellaria and the Snakes (dibs on that band name) aren’t the first Game of Thrones characters motivated by revenge, they’re just the most shallow and, worse, terrible at going about it. Their actions are glaringly one-dimensional in a series where most characters’ outer layer masks three hidden agendas each. The Dornish revenge squad (um, dibs on that band name) lack a certain oomph factor, a spark, something that elevates their mission from irrational and pigheaded to, well, standard Thrones’ writing.

What could that motivation be? Well, somehow, the Sand Snakes seem to be in Kings Landing, along with an 8-foot-tall, undead killing machine that also acts as proof that the man who killed Oberyn Martell isn’t nearly as dead as the Lannisters claimed.

Step 2: Give each Sand Snake a personality outside their weapons

Right now, Oberyn’s three bastard daughters’ sole characteristics are the weapons they use and the color of their clothes (Beige. It’s all beige). Besides that they’re either vaguely impish, strangely childish, or simply hypersexual depending on the scene. This lack of shading looks especially inexcusable next to the source novels, where George RR Martin paints three completely different women not only in personality but appearance as well.

People often compare the show’s iteration of the Sand Snakes to the Teenage Mutant Ninja Turtles, which I think is forgetting that even though the Turtles had their own distinct weapon, they also had four clearly definable quirks and traits. Which, yes, means four anthropomorphic turtles who ninja-kick villains in the sewers of New York are more well-drawn, believable characters than these three human women.

I mean no, it’s not fine, per se, for a show to put a plot to film so bad it needs to stab it in the head and forget it happened in the first place. But what would be completely fine is the Sand Snakes and Ellaria solely looking to the future–hopefully one where they have a reason for existing and an actual personality.

This sounds counter-productive. My answer to a thinly plotted story is to…explain less? But is there really any introspection or answer to those questions you have–How’d the Sand Snakes get on Trystane’s boat? Why kill a major character like Doran so effortlessly? Did Areo Hotah really just go out with a knife in the back?–that wouldn’t just stall the Dorne plot further? Instead, the Sand Snakes, Ellaria, and Dorne in general should adopt the motto of their fellow beautiful but deadly member of the Game of Thrones family: “If I look back, I am lost.” 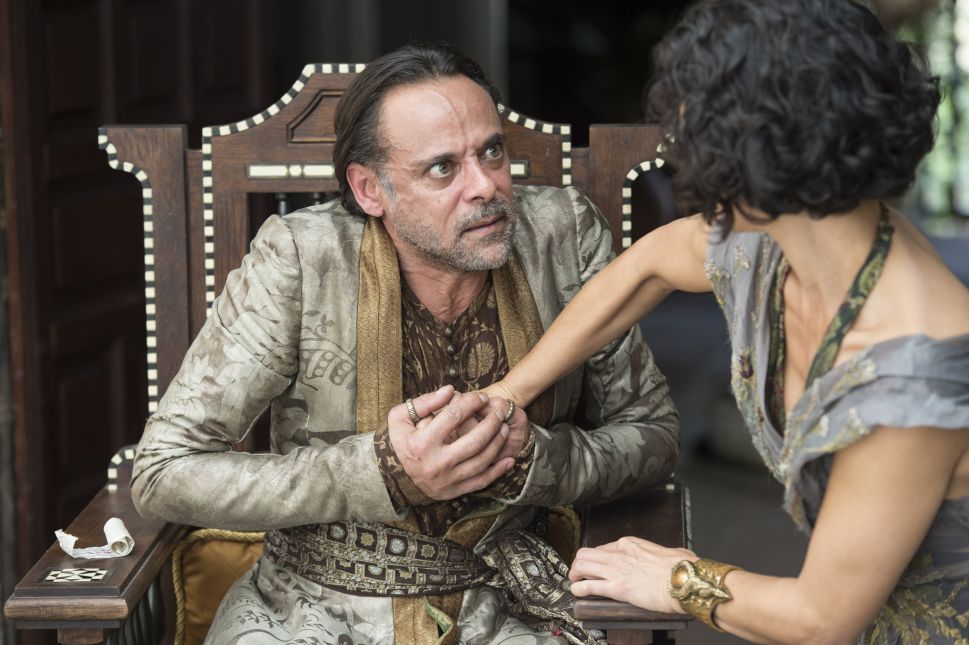