Norcross, Redd and Booker at Friday’s rally in CD1. J.T. Aregood for Observer

CAMDEN — With New Jersey’s June 7 primary approaching fast, U.S. Senator Cory Booker came out strong for Hillary Clinton Friday as he joined Congressman Donald Norcross (D-1) and Mayor Dana Redd for a voter rally at a bingo hall in Norcross’ home district. Though Norcross straddled the divide between Clinton and Bernie Sanders, the former first lady and secretary of state got the lion’s share of praise.


Despite the Sanders campaign’s disputed role in Norcross’ reelection campaign this year, the incumbent is leaning toward Clinton.

“The question is, will we rise on June 7 and vote for Hillary Clinton?”

Though Clinton would be hard pressed to lose the Democratic nomination going into the remaining high-stakes primaries in New Jersey and California, Sanders’ campaign has revealed significant fault-lines between New Jersey’s Democratic party and its progressive wing.

Norcross has made hay of an endorsement from Sanders’ state committee chair John Wisniewski (D-19) of the state Assembly. Campaign mailers for Norcross’ reelection campaign describe the first-term congressman as “endorsed by both the Clinton and Sanders campaigns.”

Though Norcross has shied away from offering an official endorsement, he described Clinton as “the most experienced person ever running for that office” in his remarks.

“She’s going to do a wonderful job,” he added.

“It’s a great big tent,” Norcross said of Sanders. “We welcome everybody, because this is about moving America forward, isn’t it?”

Because of those ads, the Norcross campaign has faced accusations of misleading voters from the congressman’s hard left, pro-Sanders challenger Alex Law. Law has accused Norcross and brother George Norcross III of operating a political “machine” that favors tax subsides for the private sector over constituents. Nor cross was the sponsor of the Municipal Rehabilitation and Economic Recovery and Urban Hope acts, which offered tax incentives to businesses that relocate to Camden and paved the way for new private-public charter schools.

There is no love lost between Wisniewski and the Law campaign, with Law arguing that the mailers are touting an endorsement from the national Sanders campaign that doesn’t exist. Wisniewski has repeatedly told PolitickerNJ his endorsement of Norcross is strictly “personal.”

Wisniewski has pointed to the Law campaign’s attempted challenge of his selection of county freeholder candidates, arguing that Law’s desire to bracket his own county running mates in their place would jeopardize Sanders’ chances in the state.

Though the Sanders campaign and its has inadvertently created controversy in this state, Booker was diplomatic about Sanders and his chances of helping drive turnout against Donald Trump is Clinton clinches the nomination. The former Newark mayor told PolitickerNJ that he expects Sanders will join the fold after the Democratic convention in Philadelphia this summer.

“He’s a Democrat, and he’s said it now and he’s part of this party. And when the time comes for us to unite I think he’s going to bring his energy and enthusiasm, and hopefully a lot more people to polls. And he’ll be like me and the other Democrats who want us to make sure we have control of the White House.

“So I’m confident. I’ve known Bernie for two and a half years, and I’m confident that after this primary is over, that he’s going to be part of the party and fighting really hard for us to win this election against Trump.” 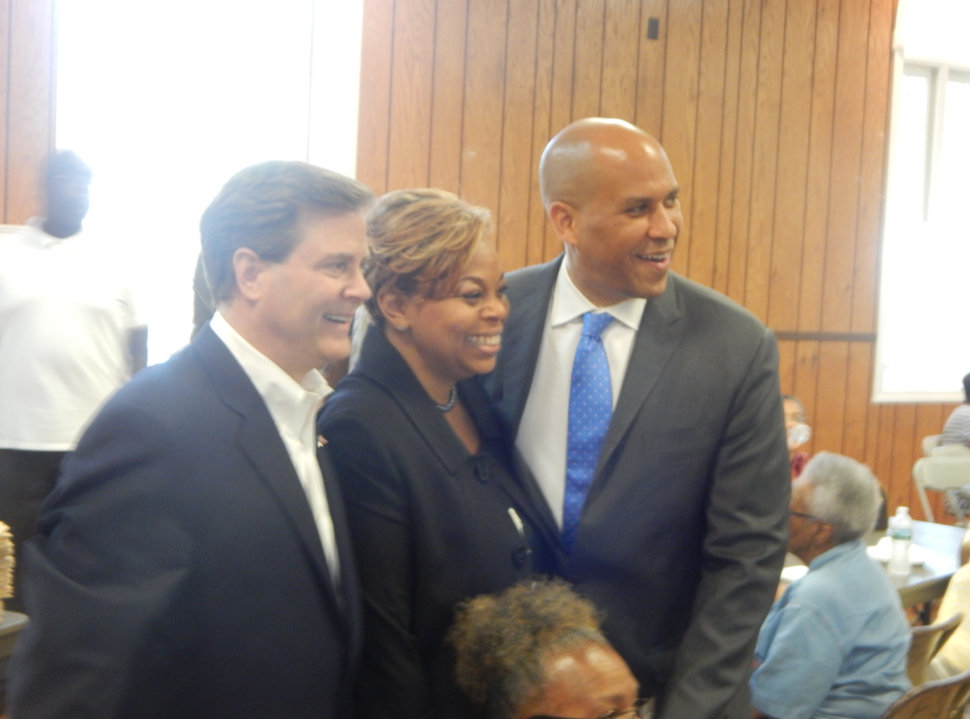