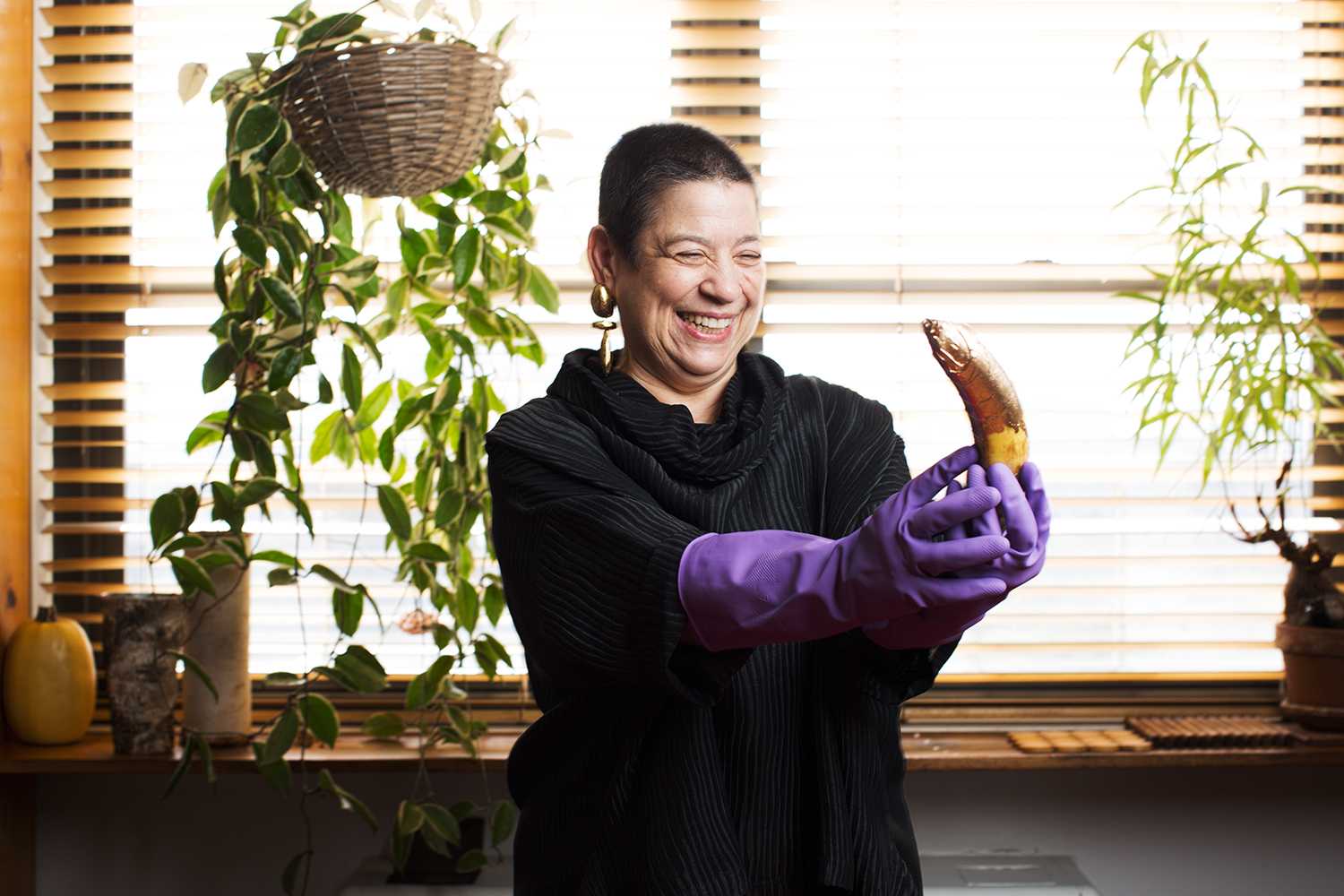 An eye for an eye may cause worldwide glaucoma, and forgiving and forgetting might be nobler behavior, but when someone Riverdances all over your heart, most of us dream of the Muhammed Ali approach: “You kill my dog, you better hide your cat.”

Feelings of revenge are natural. And now, they have a shrink’s stamp of approval. In The Golden Condom and Other Essays on Love Lost and Found, psychologist Jeanne Safer comes out firmly in support of “healthy vengeance.”

But vengeance—or certain types of it—can actually help heal wounds, she argues. It just depends what the revenge-seeker hopes to accomplish.

“There’s a fantasy that you’re going to get even, and you can’t get even,” Ms. Safer says. “You can’t undo the past.”

The other night, about two-dozen New Yorkers turned up at the Lounge at The Coffee Shop for a conversation-cum-group-therapy session with Ms. Safer, and her husband of 35 years, the historian (and former Observer columnist) Richard Brookhiser. She recounts an example of line-crossing revenge. A humiliated wife, whose husband had an affair with their mutual employee, chopped up a tilapia and shoved it in the other woman’s car radiator, leaving a noxious odor that ruined the vehicle. Talk about the scent of a woman.

“That’s probably on the border between healthy and unhealthy revenge,” Ms. Safer allows. (An audience member piped up that the tilapia-in-the-car scenario is a criminal offense. “I know someone who’s in jail because she put an egg in someone’s [exhaust]—and they died.”)

Ms. Safer isn’t advocating mass auto destruction. But she is interested in avoiding auto-destruction: that is, helping people to stop pining after someone who treats them poorly, whether friend or lover.  She recalls that when she was a 19-year-old coed at the University of Chicago, she fell for a dazzling grad student five years her senior, who put her through an emotional Nutribullet. She finally understood his true character when he asked her advice on seducing another woman.

Furious, she creatively communicated her contempt. She bought gold spray paint, plucked a Trojan out of the box and let the aerosol work its magic. Then she marked an envelope “fragile” and dispatched the “fuck you” to her ex.

“There was something incredibly liberating about making this thing,” she says. The prophylactic protest also let her reclaim power and make her voice heard for the first time. “Golden condoms,” she says, “speak louder than words.”

That should have been that. But unfortunately her ingenuity thrilled the recipient. He called and said he wanted to see her. True to script, she declined. And then he said four of the most beautiful words in the English language: “I’ll wait for you.”

If she hadn’t been 19 and well, a girl, she might have successfully avoided him. But the ill-fated lovers shared one final night of passion—and she never saw him again. It took 49 years, and writing this book, to fully exorcise him.

“The true resolution was me trying to figure out why I…let someone treat me so badly. You can’t make someone love you, just like the Bonnie Raitt song.”

Most of our destructive relationships, she says, come from re-enacting a fraught relationship from our past, most notably with our parents, “even the really good ones.”

“Unless you deal with the feelings, you’re never going to be free,” she says. “You don’t have to undo the past—you just have to understand it.”

And if the ex-paramour turns out to have led a less than spectacular life, all the better. Ms. Safer recently Googled her ex-beau. And lo and behold! The brilliant young star hadn’t accomplished much. She stared at his photo for a good 15 minutes before she recognized him. “He was an old man with no hair,” she said.

And that was the best revenge of all.

Abby Ellin is working on a book about deception to be published by Public Affairs.