I don’t think this says anything about the modern world, or kids these days, or superficiality—I’ve read those think pieces, and they’re full of self righteous crap. I’m not trying to throw social media under the bus, that’s not my intention.

It’s about the instinct that people have had for centuries, wanting to live their lives through other people. That’s what gossip columns are all about. That’s what celebrity culture is all about.

That’s why thousands of people showed up to Rodolfo Valentino’s funeral a long time before Instagram was invented. All social media’s done is turn everyone into potential avatars, potential lives that we can take on and try to believe are our own. It’s widened the net. The only reason the situation is worse is because there are so many more lives to look at and people to obsess over.

So what does this behavior do? It does a couple of things.

It takes away the pressure of achieving, being, doing, living, succeeding, working, trying and fucking, and by offering us a window into what it would be like if we *could* it removes the driving motivation to do it ourselves.

It’s about fantasy. It’s about building a fantasy that we can lose ourselves in, without the pressure, and the need to make that fantasy a reality. It’s about imagining that we are the people we’re perving out on, and pretending we’re in their shoes. If you’re a building a startup, you’re not going to traction by spending an hour looking at my life. If you’re building a startup, you’re not going to get funding by looking at Gary V’s life.

It also destroys the value you place on your own life. It makes you compare where you’re at with everyone else in the world, with people who have achieved more, and done more, and it shows up the cracks in the way you live. There’s no better way to hate yourself than to look at someone you love just a little more.

You do it again and again, and you probably do it every day. Up until a few weeks ago, I’d kick off every single day by scrolling through Instagram for a good 45 minutes.

I’m going to be up front with you. I’m going to be a little harsh. Blaming the people who are popular on the platform for filling your feed with content that makes you stop and fantasize is a major cop out. It’s showing zero responsibility for yourself. It’s weak. It’s the same as calling the platform a vapid waste of time.

If you’re one of those people, it’d behove you to get down off your high horse and share the same view as the rest of us.

Instagram can be awesome. If you’re not over-doing it, it really can be inspiring, artistic, creative, a visual wonderland of cool stuff. It can introduce you to great ideas, and make you laugh, and make you get off your ass and fight for what you want. But it’s not going to do that if you can’t set a limit on it.

I thoroughly enjoy social media. I’m just one of those people who get into it, a lot. I’ve loved it since Bebo and Myspace were the hubs of my world. But it’s like most of the things I love…there’s always some negatives. I love watching Netflix, but if I don’t limit the way the where and the when, I’d never accomplish anything more than memorizing every one of Chelsea Peretti’s lines on Brooklyn Nine-nine.

I love a good Sauvignon Blanc. But if I go through a bottle a night, that’s going to turn into a life altering issue real fast. And for me, it’s the same with Instagram. I have to put a limit on it.

Where I used to be on Instagram constantly, I restrict it a little more now. I’ll post a few times throughout my day, but I won’t hit my feed and stare at it while I slip into a drooling daze. I’ll do that in the evening, and I’ll do it for a maximum of around a half-hour. I slip up a lot, and I get lost in it without the intention from time to time. But as a general rule, at least trying to stick to it has helped me out.

I’m building a couple startups. It’s a lot of hard fucking work. I’m writing a blog, I’m writing a column for a bunch of different publications, and there’s a lot on my plate. I can’t afford to fuck myself by wasting time wishing I was someone else — or comparing my life, my business and my success to theirs. 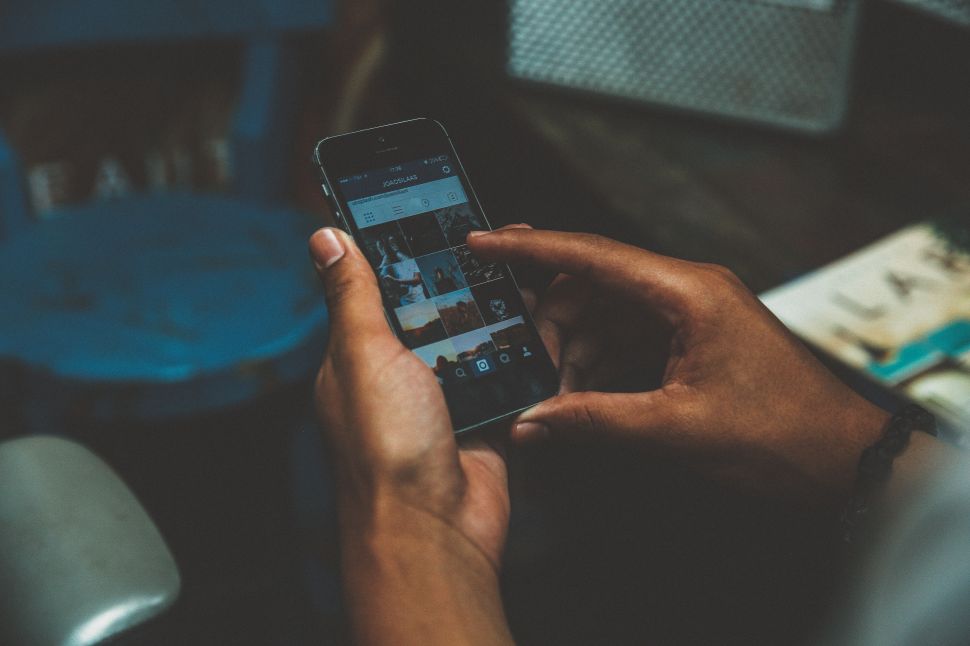