Dwayne “The Rock” Johnson is already slated for ten films between now and 2019, a list so diverse it includes a Fast and the Furious sequel, remakes of both Baywatch and Jumanji, and even a slot in the Hollywood-ruling franchise machine Marvel as Shazam villain, Black Adam. Not nearly content lording over humanity’s movie screens, Mr. Johnson also stars in HBO’s Ballers, which returns for season two on July 17, a show so baller it didn’t invite Entourage to its yacht party. Californication tried to sneak in a back way and was promptly put through a table.

And lest you believe that whatever sleep you can muster would offer sweet relief from The Rock’s fluorescent white smile, remember that like an Orwellian fantasy who doesn’t quite fit into human shirts Mr. Johnson controls your dreams, with his recently released Rock Clock app.

To which Mr. Johnson, in between using his Herculean strength to rescue small animals, would laugh and reply “No.” Today, the wrestler-turned-actor set his sight on his next conquest: The Internet.

#NEWFRONTS EXCLUSIVE: Here comes the best, biggest, bad ass, baldest YouTube channel ever! Ok, maybe not bald 'cause a bald YouTube channel is weird, but our SEVEN BUCKS DIGITAL STUDIOS is shaping up to be awesome. We and our partners @Studio71US have some very cool content coming your way. Expanding @sevenbucksprod into the digital space is a passion of ours and we're fired up to create a platform for the immensely talented digital filmmakers around the world and also curate content that's entertaining, provocative and funny AF – as we say in the streets. THIS SUMMER. #SevenBucksDigitalStudios #Studio71 #YouTube #ItOn 💪🏾👍🏾🖕🏾🦄

Mr. Johnson, in the Instagram post above, announced on Tuesday he’s launching his own Youtube channel, Seven Bucks Digital Studios. The channel, in conjunction with Mr. Johnson’s production company (did I mention he had one of those?) Seven Bucks Productions, along with Studio71, will serve to “curate content that’s entertaining, provocative and funny AF.”

Film. Television. Sleep. Cyberspace. All controlled by Dwayne Johnson. Frankly, it’s time you accepted it. Learned your role, if you will. The first sign of his absolute control will be a complete inability to button your sleeve. After that, it’s already too late. 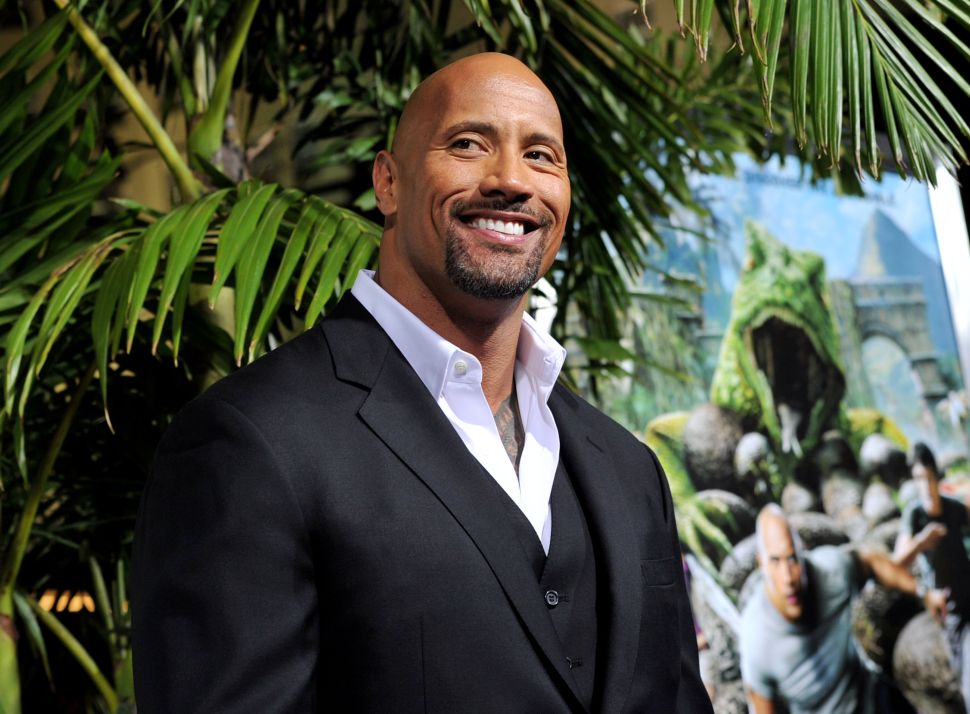