Last week, Japanese fashion mogul Yusaku Maezawa spent an obscene amount of cash—$98 million to be precise—on contemporary art between two sales at Christie’s and Sotheby’s on May 10 and 11.

At Christie’s on Tuesday evening, he bought an untitled 1982 painting by Jean-Michel Basquiat for a world record price of $57.3 million (as we previously reported), and also snapped up works by Richard Prince for $9.6 million, Jeff Koons ($6.8 million), Alexander Calder ($5.7 million) and Bruce Nauman ($1.7 million). Then he went on to spend even more millions at Sotheby’s on Wednesday night, buying works by Adrian Ghenie ($2.6 million) and Christopher Wool ($13.9 million).

By the time his shopping cart was full, he’d spent enough to cover one quarter of Christie’s total evening sale profits this season, reported Bloomberg News. He is now the most talked about—and newest—high roller on the scene. So who is the man who is single-handedly holding the art market together?

Mr. Maezawa, 40, is the founder of Japan’s largest online fashion retailer, Zozotown. Hailing from Chiba, he got his start in the music business by starting a mail-order CD and record company in the ’90s, and played in a band in the early ’00s, according to the Daily Beast. He was ranked Japan’s 17th richest person by Forbes in 2016, and has a net worth of $2.6 billion. In 2012, Mr. Maezawa began to focus his philanthropic efforts on art, founding Tokyo’s Contemporary Art Foundation, which holds exhibitions and awards grants to artists. He also has plans to build a museum in his hometown, and “guesthouse” for Japanese artists in London, according to Artinfo’s Judd Tully.

When did your interest in art begin?
About 10 years ago.

When did you start collecting art? And what draws you to collecting contemporary art, specifically?
Although I didn’t begin collecting works of art until about 10 years ago, I’ve always had a deep interest in art and fashion. I began collecting artwork as a way to help young artists to promote their work as well as to increase awareness of contemporary art among the younger generation.

Which artists do you hope to buy in the future?
I’d prefer to keep that information a secret for now.

Will all of the artworks you bought this week go on view to the public in Japan?
Yes, I hope to share the pieces in the very near future either at the annual showing of my collection through the foundation.

Why buy art now? And why buy so much at one time?
The timing just happened to be right. I’m in the development stages to open my guest house and private museum in my hometown of Chiba in the near future, and the right pieces came up that grabbed my attention.

Lobster by Jeff Koons is the perfect example of a piece that should be shared with kids because it’s such a fun piece! It looks like it’s made of plastic and very light, yet is stainless steel weighing 200kg!

I loved the message behind Bruce Nauman’s Eat War, it was absolutely gripping.

Sumac 17 by Alexander Calder, all in red, has a very casual sexiness that I found intriguing.

What, in your opinion, is the role of the collector in the art ecosystem?
Not for investment purposes. I would love to be able to share my artwork with as many people as possible so that I can help spread an appreciation for art in general. Artwork is beautiful when it’s displayed in a museum, but can add so much depth to one’s life when enjoyed in the home.

Why is it important to bring these works to Japan?
Unfortunately, the general interest in art among the Japanese is very low compared to that of western countries. I would love to be able to correct that by bringing many more pieces of interesting artwork to Japan. 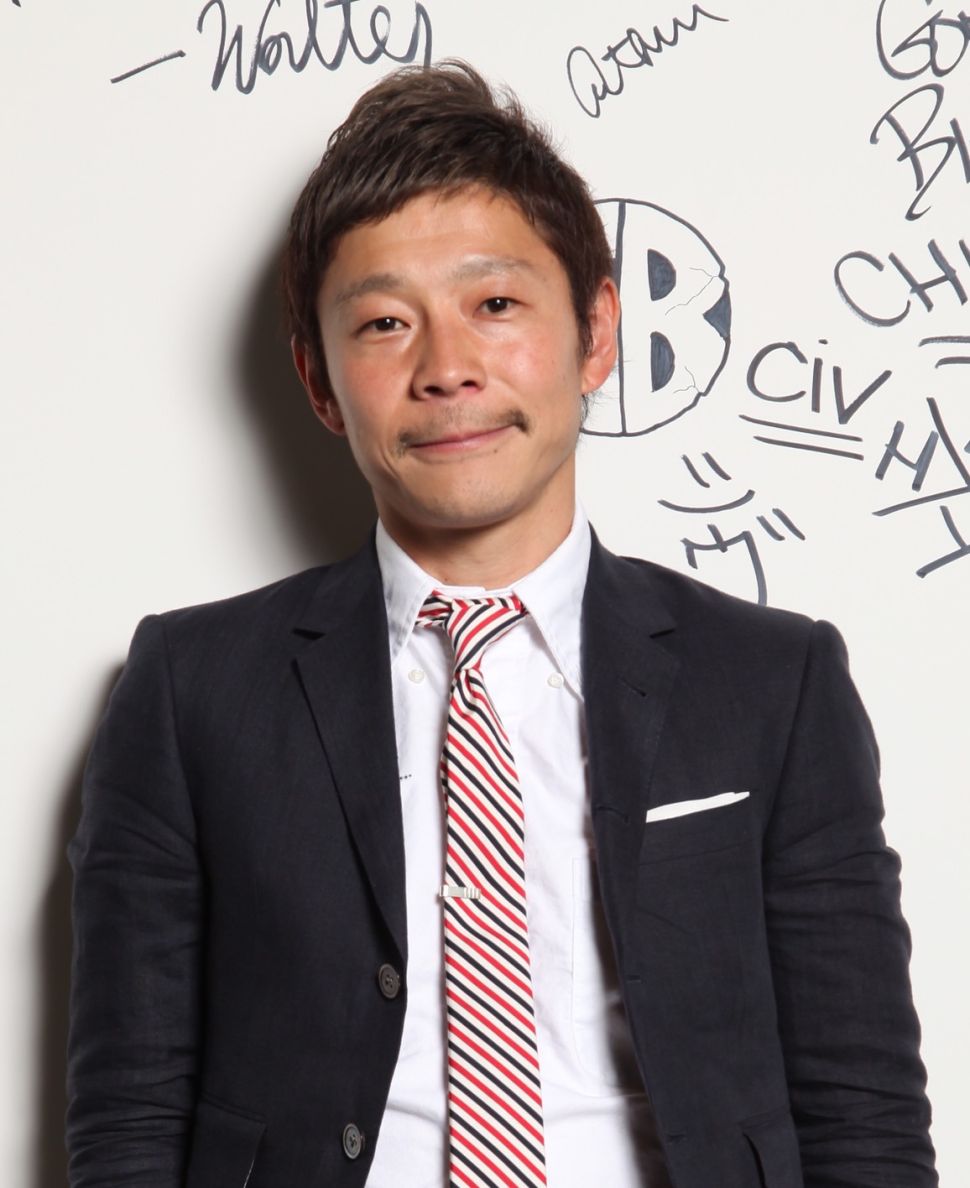