Loads of media companies, celebrities and brands want to start a podcast. But few of them know how. Here’s a tip from two pros who some of those businesses are hiring to get started: edit recordings. A little editing goes a long way. A lot of editing can make a hit.

“I think 95 percent of podcasts lack good editing,” Jenna Weiss-Berman told the Observer at a coffee shop in the Financial District.

People only have so much time to listen, and these days shows that don’t cut out the junk have started to fall behind. “Even really serious podcast listeners, they’re on maybe four shows a week. Even if they are super dedicated,” Max Linsky said, in the same conversation.

The pair have an infectious rapport, which helped give Mr. Linsky and Ms. Weiss-Berman the motivation to launch a new podcasting company called Pineapple Street Media, as Nieman Lab previously reported. The two created Pineapple because so many organizations (like The New York Times) and people (such as writer and actress Lena Dunham) had offered to hire them to start shows. Their new shop—part original content studio, part production company for hire—has enabled them to do exactly that.

Pineapple Street is betting that listeners’ expectations are rising. Mr. Linsky called the podcasting style of the last decade “two bros in a conference room.” But the team thinks that kind of show won’t build audiences going forward. Rather, Pineapple will carefully edit every show. Ms. Weiss-Berman generally won’t post a show until she’s gone through it four or five times. “I like to listen to the whole thing and then find the spots where I tune out, and then take those out,” she said.

This week, the new company announced its first hire on Twitter. That raises the big question: Are the founders podcast Mozarts, or can they train other producers and hosts to put together shows like they do?

The industry has already shown it believes in the duo. Prior to Pineapple, the Cleveland Browns hired Mr. Linksy to create Brownscast, the team’s official audio show. Podcast fans know him as one of the three hosts of the Longform Podcast, a show that interviews journalists. He came to know Ms. Weiss-Berman when she became the show’s editor. A public radio alum, she is best known for setting up Buzzfeed’s podcast operation (we spoke to her when we reported on the media venture’s decision to host its podcasts on Acast).

The studio opens as the tech scene bustles with new audio entrepreneurs. The buzziest has been the hopeful HBO for podcasts, Gimlet Media, but there’s also been Wondery, At Will Radio, Jabberjaw and Mississippi’s Podastery (to name a few). Pineapple stands out in part because of the way it’s financing its operations.

“We don’t have funding. We have clients,” said Mr. Linsky. The Dumbo-based studio isn’t just producing a single show for Lena Dunham, but a set inspired by the actress’s Lenny Letter project. On top of the Times podcast, the pair also mentioned a forthcoming show for ad firm Widen+Kennedy.

“We’re talking to 10 other companies too,” said Ms. Weiss-Berman said. Their financing model gives the team the resources now to invest in shows and people, and all they have to do to keep the company going is turn a profit. Unlike lots of other young startups, they don’t have an investor on their board demanding 10X growth. “It’s a nice thing,” she said. “It’s rare.” 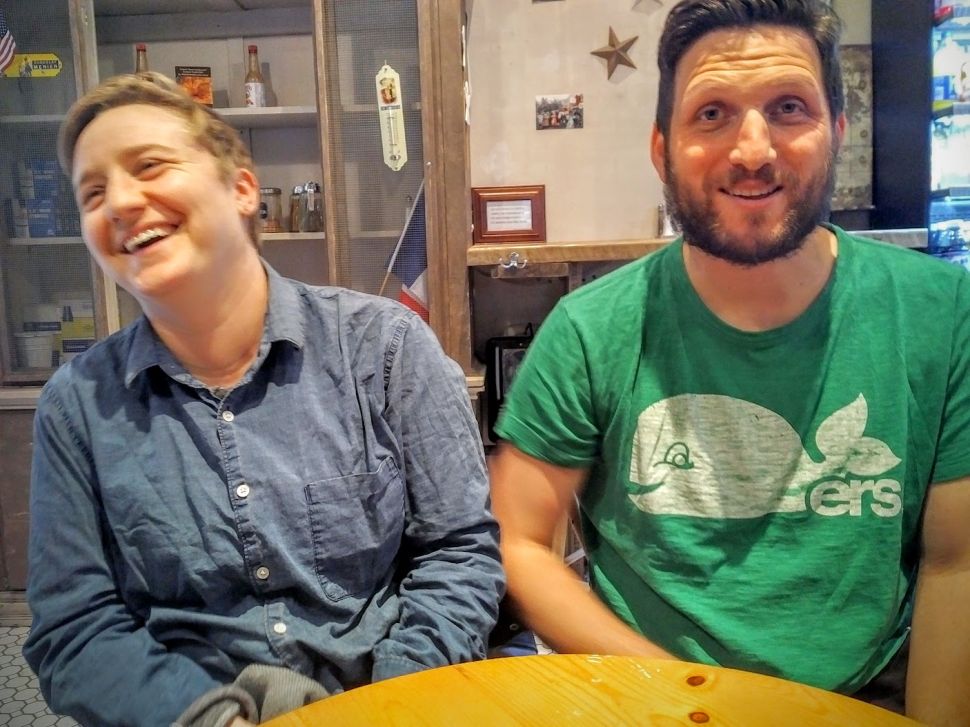