Mysteries abound in the work of artist Jennifer Elster, and she wants to keep it that way.

We met at her pop-up gallery space in Tribeca a few days before she opened her exhibition, “The Retrospective of an Extroverted Recluse.” Unlike most artists talking to reporters, she was hesitant to show me the work and provide background on how she developed the pieces.

We sat in the front part of gallery, surrounded by relics from different parts of Ms. Elster’s past. A rack held hangers draped with artfully cut pieces of multicolored fabric. She has designed accessories under the J. Elster brand, and some of them sat atop an old wood table that formerly belonged to her grandfather. Photographs were also scattered around the room, including one of David Bowie as the character “Ramona.” Ms. Elster and Bowie collaborated on this character when she was his stylist in the 1990s. Most of these pieces would not be on view during her show.

All the objects provided small clues to unriddling Ms. Elster’s perplexing cross-disciplinary oeuvre. Perhaps best known is her film series, In the Woods…, which features such diverse personalities as Bob Mankoff, Questlove, Dave Matthews, Liya Kebede, Moby, Alan Cumming, and Glenn O’Brien. She conceptualized and directed each video, giving her participants “unusual instructions.” She filmed them as they walked into the woods, discussing different existential topics. “Nothing is what we perceive it to be,” says Moby. “I like who I am maybe three or four layers down,” says Terrence Howard. The viewer is left to guess what “instructions” these subjects received.

Ms. Elster’s reluctance to reveal her work is understandable; she has kept her art private for years. Though she exhibited some pieces at the underground Shooting Gallery in 2001, this retrospective will be the first public showing of her work.

Eventually, Ms. Elster acquiesced to show me some of the pieces that would be on view. She led me into the back of the gallery, where she’d asked her crew to erect walls and place benches to ensure that viewers would have a specific experience. As in her films, she’s directing her audience’s gaze.

She will show canvases of stenciled phrases such as “You Defy My Logic” and “Does Fate Exist.” We sat together in front of three photographs mounted on a wall, one on top of another. In each, Ms. Elster lies on a wood floor wearing a green suit, a gas mask not far from her head. In one image, she reaches desperately for it. Elsewhere, her Artificial Society photographs portray different human interactions, such as holding hands. Ms. Elster described the series as “commentary on how everything has become so artificial. Fiction and non-fiction are blurring in people’s lives.”

“The Retrospective of an Extroverted Recluse” will also feature performance works. In one, Gender Execution, tight black cloth covers the performer’s head and body in the shape of a crucifix, leaving much of the body bare. Ms. Elster says she is trying to “remove gender from the equation.”

The exhibition is more than just a retrospective. It’s a brief, enigmatic glance into a fascinating life. One in which Yoko Ono’s people just call you up while you’re in a pumpkin patch in L.A. and let you know that she’s onboard to sing your lyrics. Or you’re just sitting in a Four Seasons, considering how much you’d like Terrence Howard to star in one of your films, when Mr. Howard himself walks by. Ms. Elster described both of these events to me. “Those kinds of things have just been happening,” she says. She also mentioned 1980s New York art star Keith Haring. “[He] would stalk me,” she said. “He would follow me around the clubs.”

The exhibition opens up more puzzles about Ms. Elster, the characters she’s worked with, and the direction of her work. At one point in our conversation, she mentioned a piece of paper she’d misplaced. “I’m big on hiding things. I’m always hiding things,” she says. She seems to have buried meaning, too, in her work. If you’re up for the challenge, stop by. Like the first episode of a detective show, this will only be “PART ONE.” She’s planning future iterations, though she hasn’t yet set a schedule. Maybe she’s hiding the other parts. 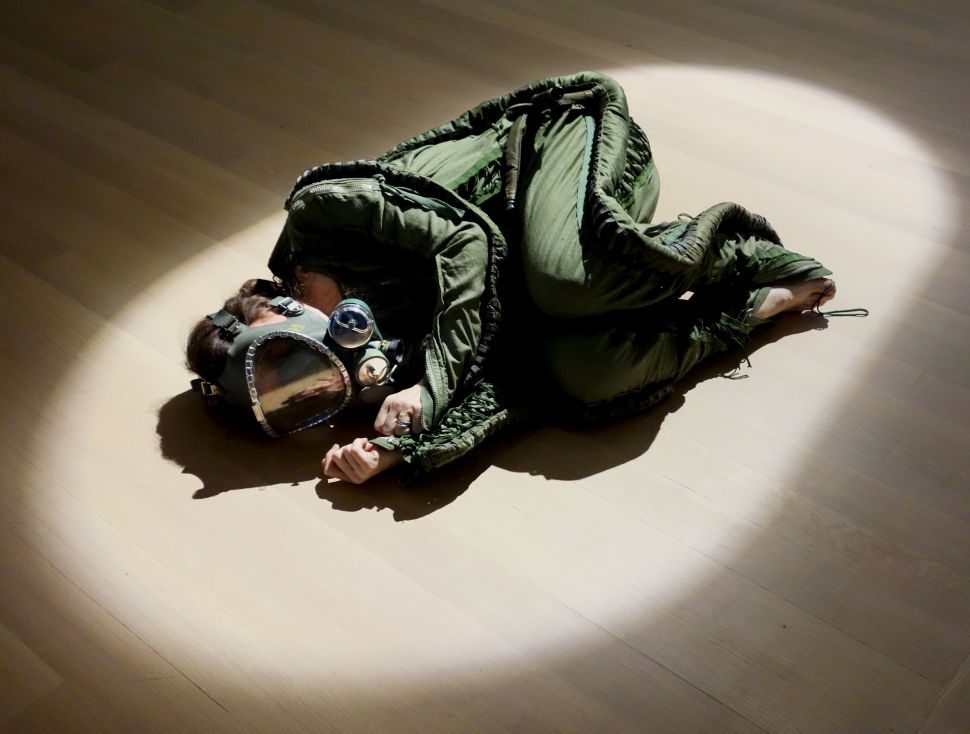