Despite the fact that Katie Couric’s documentary, Under the Gun, examines the deadly serious battle over firearms background checks, she seemed in a playful mood last week at the W Hotel in Midtown. She often laughed and teased her interlocutor for asking an admittedly dopey question, as she reclined on her bed in a short black dress and turquoise suede heels. While shooting the documentary (airing on Epix May 18, 24, 29, as well as Epix On Demand), Ms. Couric met plenty of paranoid gun nuts (my characterization, not hers), so I asked her for tips on interviewing people one vehemently disagrees with. “I really appreciate the opportunity to give people a forum to kind of explain themselves,” she said, flashing her ready-for-primetime smile. “I’m endlessly fascinated by what makes people tick. I think I would probably make a pretty good therapist.”

In your film, Jackie Barden, whose 7-year-old son Daniel was murdered in the Newtown massacre, said, “You can’t live feeling angry.” Sometimes I wonder if survivors of gun violence need to become angrier, and target a single vulnerable pro-gun senator, say, Kelly Ayotte of New Hampshire, for defeat. She was speaking to the notion that perpetual anger will eat you alive and seriously damage your health. I think survivors have taken a broader, sort of more grassroots approach to getting people involved and coalescing people around a common theme. The governor of Georgia recently vetoed legislation that would allow guns on college campuses in the state, after being flooded with calls, emails, social media, editorials, blogs—a very concerted effort opposing that piece of legislation, and it actually worked. To your point, maybe the movement needs to be more narrowly focused and more specific in its targets.

Have you fired a gun? I have.

What was the context? Hunting? Yeah, big-game hunting in Africa [laughs]. No, I have nothing against hunting. A lot of my friends are hunters. I’ve shot a gun a couple of times at a gun range; I once went skeet shooting with Lindsey Graham in Deer Valley.

The film lists people who refused to speak to you, including Wayne LaPierre, CEO of the NRA, Donald Trump, Paul Ryan and Rahm Emanuel. If you could somehow interview one, who would it be? Wayne LaPierre. I would ask him, “Do you truly believe the government is going to collapse and that people’s guns are going to be confiscated, and that the feds are going to go door to door collecting people’s guns?” I’d like to understand that mentality.

What single fact about guns horrifies you? I’m going to tell you a couple: 40 percent of guns are bought without a background check; there are more gun stores than Starbucks and McDonald’s combined; the ATF is prohibited by law from computerizing their records, because of legislation that was sponsored by the NRA—or supported by the NRA.

Have you been able to show a more progressive side once untethered from the anchor chair of a network newscast? Has that freed you? Would I say “progressive”? Listen, I did the documentary Fed Up, about obesity in America, and I think if I had to be dependent on big sponsors like Coke and Pepsi, I probably couldn’t have done that on commercial television. So yes, it’s very liberating.

What do you think about the feverish coverage of Kelly Ripa-Michael Strahan breakup? It’s fascinating from an anthropological perspective. Viewers really have an intimate relationship with you because they see you in every iteration of yourself. Especially Kelly I think, because she basically talks about her life and her opinions every morning on that show. I thought it was really fascinating to see how invested people were in that story, and the breathlessness of the coverage, because the coverage is feeding people’s interest and curiosity, and so it dominated the news for quite a while. I wondered about her, if that felt uncomfortable for her, not the incident itself, or the transition, the way it was handled, but all the attention that it engendered. And I wondered, in this day and age, is that part of what modern-day fame entails? To be kind of in the middle of some kind of soap opera? Is the drama of your life part of the catnip that interests people?

Assume your job at Yahoo! ends tomorrow. What did you learn by working at a major web operation? I don’t think anybody has gotten the tech and media combo quite right, and that they’re two very different worlds. I think the Washington Post is doing a good job in many ways.

How so? My impressions are that the technologists from Amazon combined with the journalists at the Washington Post have been able to do a really good job of distributing their content in an effective way. I think that people who are in technology and people who are in journalism are very different. They think differently, and they care about different things, so that’s been interesting. There’s mutual respect, but they’re just wired differently.

You once told graduates at the University of Wisconsin, “Some said I lacked gravitas. I later learned that was Latin for testicles”…That always gets a big laugh.

Are the knives for women newscasters sharper or duller since you anchored CBS Evening News? A skosh duller. All three newscasts are male; all three network newscasts have male anchors. Every Sunday public affairs show is anchored by a white male, so in many ways there haven’t been that many changes.

Would you like a Sunday morning show? I think the people who are doing them are doing a really good job. I think it’d be interesting. I do like putting people’s feet to the fire.

Do you support the ERA? I would definitely support it. It hasn’t been a part of the conversation for such a long time, but I have a pen from high school that said “the ERA” that I still have in my sentimental box.

Maybe time to get it out. Yeah (laughs), maybe. I did Colbert the other night, and it was interesting,Chloë Grace Moretz, who was also a guest, was saying there should be a new word instead of ‘feminism,’ because so many young women take issue with it. If you just look up the definition, I think that we don’t need to change the word, we just need to change our understanding of the word. We need to take back the true definition, which is social, economic, and political equality of men and women. So when these women say they’re not feminists, I’m like, ‘Look it up, sister.'” 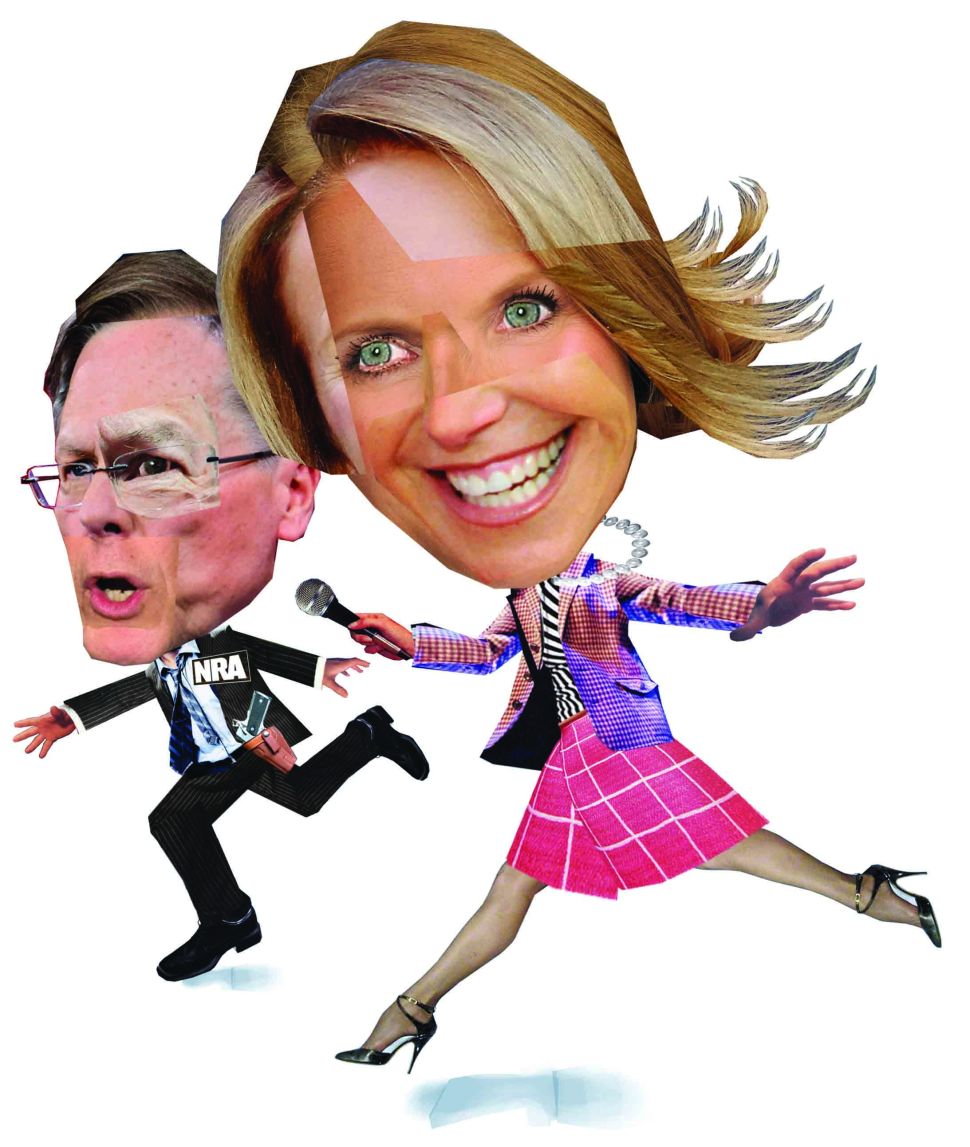