It’s been 12 years since H&M started their high fashion collaborations, kicking things off with the prolific designer Karl Lagerfeld. Since then, the mass retailer as teamed up with everyone from Isabel Marant, Lanvin and Versace to Balmain, Alexander Wang and Maison Martin Margiela. But this morning’s announcement might signal a change in the industry at large.

Come November 3, H&M will open their stores for their latest designer link up, likely to sell out within the day. The featured brand: Kenzo. That 46-year-old French maison, now headed up by Opening Ceremony founders Carol Lim and Humberto Leon finds fans in everyone from First Lady Michelle Obama, Jessica Alba and Selena Gomez to Rihanna, Zendaya and Solange. Their ranges are vast, including sweatshirts and fit and flare dresses, usually worked with an eye-catching graphic.

The news is no doubt welcome to hardcore fashion fans with tight budgets that haven’t been able to afford the brand’s sweatshirt that costs upwards of $300. The collaborative price point, which is likely to be under $100 for a similar design, will cause a fervor. But when taken in context of other recent fashion news, Kenzo’s recent link-up may be the latest move that the French fashion industry has made to modernize.

Just seven days ago, Vetements was announced as a guest designer on this year’s couture schedule. While the brand maintains they will not be creating a couture collection, but instead will be doing their “interpretation” of couture, it’s notable that the  Chambre Syndicale de la Haute Couture is allowing a brand known for their hoodies, the time of day.

Yesterday, news finally broke that the Dior, the crown jewel of Kenzo parent company LVMH, would be releasing a collaborative shade style with brand ambassador Rihanna. Available in six variations priced at $840 with a deluxe 24-karat gold-plated version at $1,950, the project makes Rihanna the first Dior ambassador to collaborate with the brand on product in the history of the label.

Rihanna has collaborated with Dior on a futuristic sunglass collection which will be available in June! pic.twitter.com/PueOsdT730

When taken as a whole, this last week could be evidence that some of the most traditional players in the fashion industry are modernizing. For most labels, celebrity collaborations are necessary for staying relevant in the industry, as are collabs of the high-low variety. But for LVMH, the H&M tie-in and Rihanna project are both firsts — though LVMH has been showing quite a bit of support to Rih Rih given that they are backing her beauty brand out next year. Though Kenzo, and other LVMH brands, have collaborated with outside parties in the past, none have done so with fast fashion retailers like H&M. One can only imagine how the French will decide to modernize next. 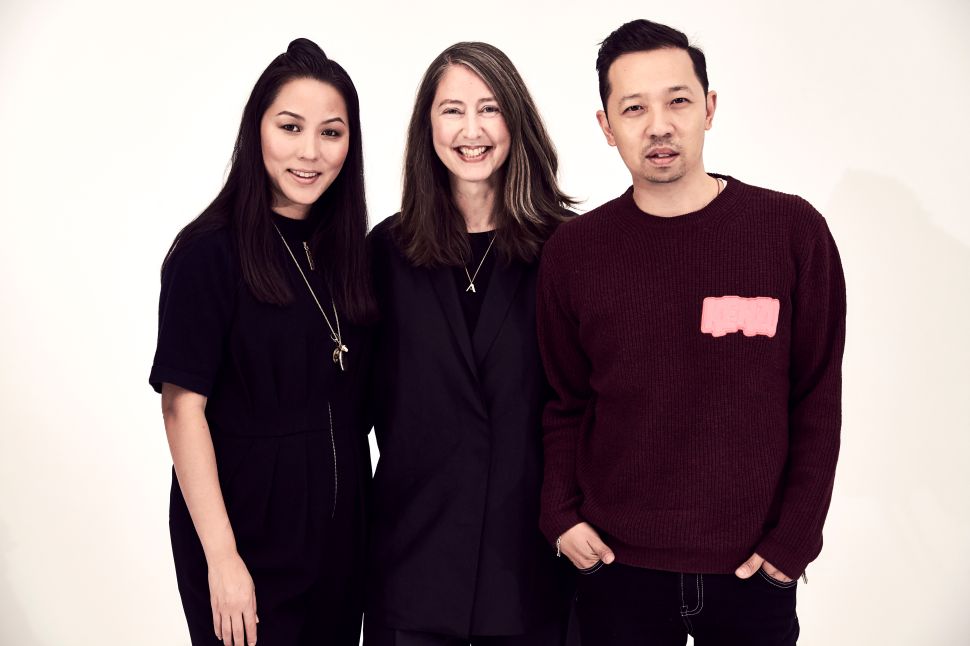